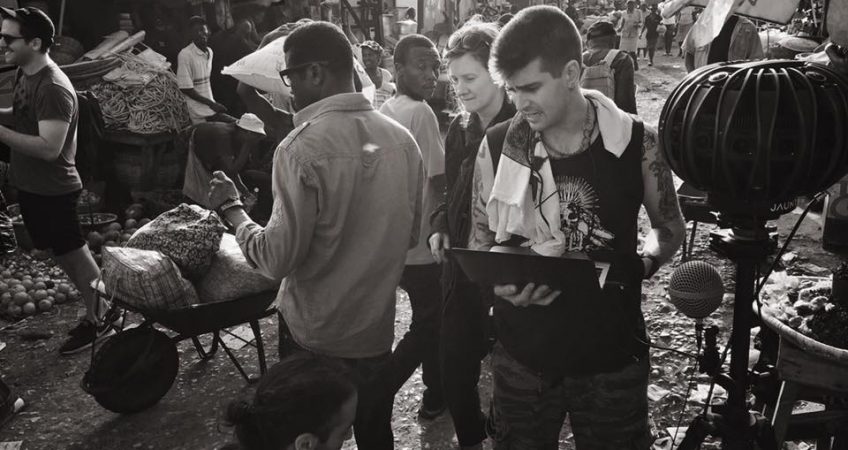 30 Ninja’s ‘Invisible’ Is A Storytelling Breakthrough in 360 VR

“Virtual reality is an event or entity that is real in effect but not in fact.” – Michael R. Heim MA, PhD.  author of The Metaphysics of Virtual Reality

Invisible, the first major scripted series designed specifically for 360-degree virtual reality, aims to transform storytelling in VR by letting the script dictate the process, not the technology.

“The rule is to never bore people” says Lewis Smithingham, CTO and President of VR at 30 Ninjas and an early-adopter of of VR film production.

“People respond to more conventional storytelling,” says Smithingham, who references the philosopher of cyberspace Michael Heim, the 1915 silent film Birth of a Nation, Hitchcock-esque camerawork and the comic book format to illustrate the depth of film knowledge and technique used to create Invisible’s visual narrative, which is, in fact, two stories being told at the same time.

Smithingham, and the entire crew, spent 8-12 hours a day in and out of VR headsets to develop the mini-series, creating and editing entirely in context of the 360 VR experience. By having new storytelling tools, including production and post-production processes unique to 360, the crew was able to use camera movements motivated by the story, so that the viewer knows and feels why they are moving.