1. There are only eight episodes.

Stranger Things knew exactly how long it wanted to be, and didn’t ever feel bogged down. The first season has a beginning, a middle and an end, and the story is told in a clear way, with just the right pacing and just enough time given to each of its characters.

Too often, TV shows become bogged down in the need for quantity over quality. Not so here. I’m reminded a little of the first season of True Detective. The economy of storytelling was perfect in that show, and it’s perfect here as well.

Shows like Daredevil, and even Jessica Jones, could do with the economy of an eight episode run. (And I won’t even get into cable and network TV.)

2. There’s a terrific sense of mystery.

Speaking of True Detective, Stranger Things has tons of mystery. Even when the final credits role, you won’t have all the answers—though you’ll have enough to give the season a satisfying conclusion.

In a lot of ways, it feels like the structure the X-Files should have adopted, laying out a clear and concise story and then actually telling all of its pieces, giving us enough answers to make viewers feel satisfied, but holding back enough to keep the ball rolling.

In one season, Stranger Things pulled off what the X-Files never quite could. And there’s no other drama on Netflix as gripping. 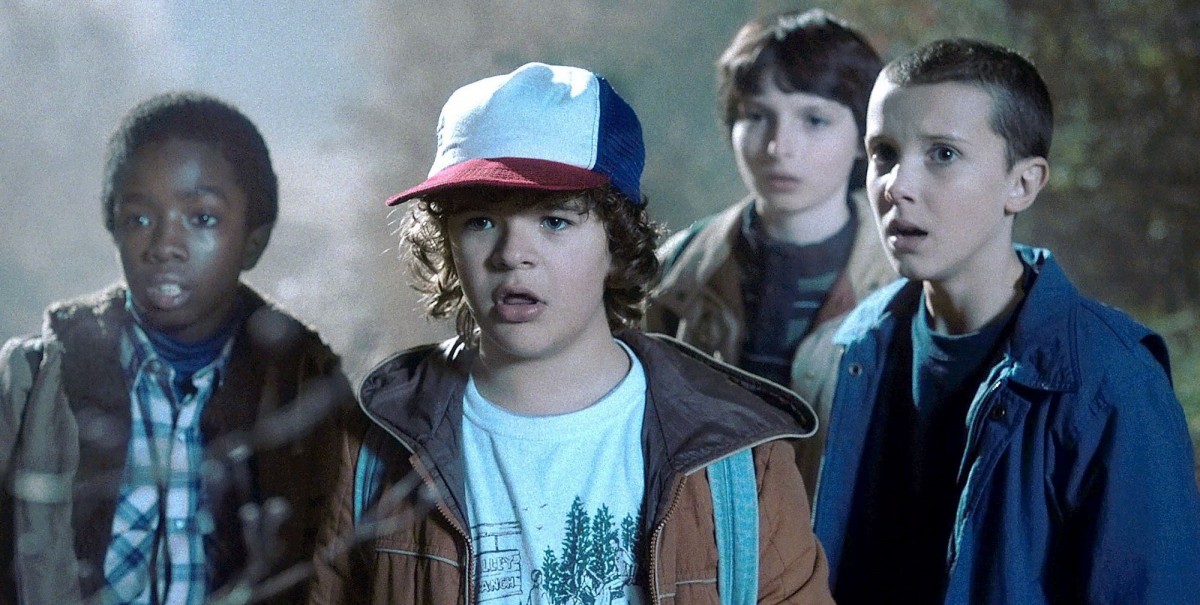 3. The nostalgia is glorious.

Speaking of X-Files, Stranger Things is definitely a show that plays on audience’s fondness for that show, and for a bunch of other shows and movies from back in the day. Mostly these are ’80s movies, but the X-Files comparison is impossible not to make.

There are also bits of The Goonies, E.T., Heathers, and plenty others. I loved how J.J. Abrams handled that kind of nostalgia in Super 8, but Stranger Things is much better. The nostalgia is a driving force in the show, but even for all its similarities to movies and shows of the past, Stranger Things has its own story to tell, and it tells it very, very well.

The casting in Stranger Things is simply outstanding—even Winona Ryder, an actress I’ve never been a huge fan of, is great, and plays a role that’s totally unlike any I’ve seen her in.

This ties in to the nostalgia bit to some degree—and perhaps I’m biased here—but I feel the same way about movies like The Gooniesor E.T. The casting in those films, especially of the kids, was about as perfect as you could ask for. The same goes for Stranger Things.

Winona Ryder gives one of her best performances ever. (Credit: Netflix)

5. The humor and the horror.

I put these together because it’s the combination of funny and scary that really pulls everything together. The thing is, they both coexist so well in this show.

The events surrounding its mystery are awful, terrifying and sometimes really sad. But you still find yourself grinning and laughing and cheering on the heroes. It’s never dreary or gritty or violent just because.

At times it’s actually quite frightening, but it can just as easily change pace into moments of triumph—often at the expense of bullies.

Read the story on Forbes

The Rise of the #Robo TV host

Excerpt via The Future More and more reality TV competition shows are...