#Gasbagging: School Damage Nails It In Their Latest Video

Clocking in at a trim 2 minutes and change, the Melbourne quartet called School Damage, have assigned the precise audio translation to the annoying behavior associated with the flatulent term: Gasbagging. The fussbudget demeanor of the band members in the video, coupled with the monster Claymation creations, links the blowhard description to one of the most memorable chorus hooks of the summer. 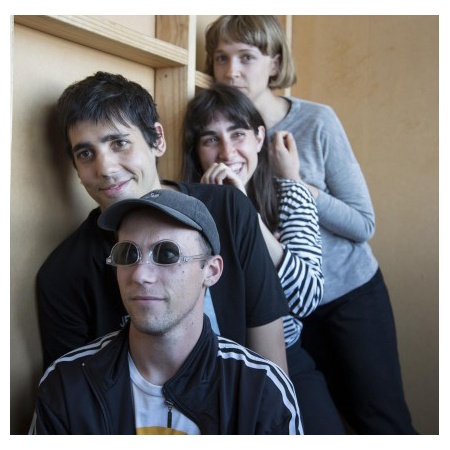 Signed to Australia’s most respected independent label, Chapter Music, the band takes cues from pop outfits such as the Vaselines, Particles and Young Marble Giants. School Damage’s sound is defined by wobbly keyboards, weaving bass lines, and lyrical content focused on the anxieties of modern life and love.

The video was directed by Sean McAnulty and Alex McLaren, who have made videos for Ausmuteants, Orb and the Murlocs. The illustrations were crafted by the band’s own Carolyn Hawkins.

“After seeing videos that Sean and Alex had made for other bands, we approached them wanting to merge some of Carolyn’s illustations into a video. Gasbagging is about feeling irritated by people who talk too much, so we were keen to create something that was visually chaotic, fractured and frantic, but also playful and humorous.”

The full album release is expected later this summer.