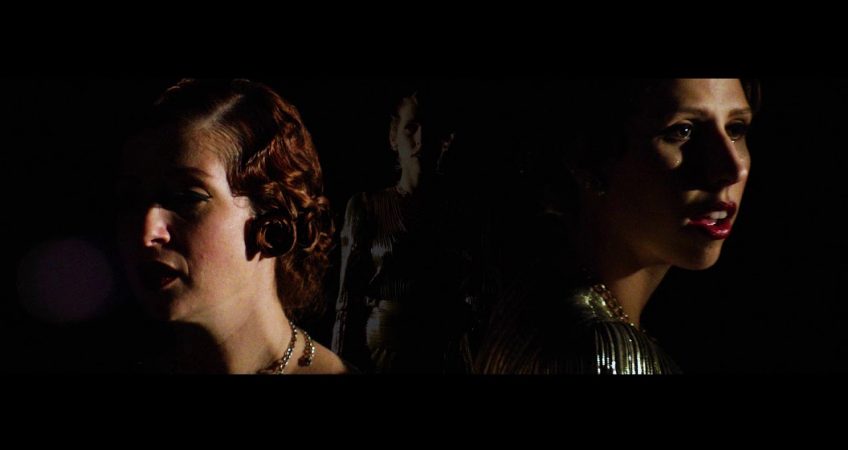 writes his compositions in a visual language for the big screen, independent of whether it makes it there or not. His current project, Voices of Gemma, is an amalgam of David Axelrod orchestral bravado merged with Burt Bacharach type vocal arrangements. Delivered through a deconstructed hip-hop gaze. His Linear Labs studio, tucked away in the Northeast L.A. neighbourhood of Highland Park, is where he scored the Marvel series “Luke Cage” on Netflix, along with Ali Shaheed Muhammad — formerly of A Tribe Called Quest. That, along with producing projects with Kendrick Lamar, Snoop Dogg, Common and Wu-Tang Clan, helps to keep the lights on at The Artform Studio.

A combination hair salon and record store he and his wife run. Yet it’s his projects that combine “the heavy and the delicate”  are the ones pushing the culture toward the less travelled regions of sound.

The  selections Stranger By The Sea and Silhouette Dreams,  feature Brooke DeRosa & Rebecca Englehart lending their operatic and jazz vocalist talents to quasi-psychedelic soul charts. These vocalists, who add the 4K resolution to the project, are featured with equal importance as any of the instruments on the project. Younge states that the legendary group, Rotary Connection,  was a prime inspiration while making this project. And true to form, the spirit of the late producer, Charles Stepney is definitely in the building. But there is also a soft-focus 1970’s Funkadelic vibe running through Silhouette Dreams. This positioning of layered voices between percussive piano chord plinking combined with the up swirling of church organ vamps. Against the canvas of the most percussive snare snaps in the game. Chilling.

Younge stopped using a sampler 20 years ago. A move that pushed him to become a proficient musician and jettisoned his producer reputation into lightly trafficked  areas. So when the instrumental covert funk of Starlights appears, “it really pulls the room together”. With all the pristine drum tones, heightened string charts. The “nothing but business” bass line digging for gold in your earhole. WOO. Yes man, live instrumentation sells itself. This is how Younge builds. The track provides the model of how resourceful a sound excavator can paint in an exclusively analogue recording studio.

Adrian Younge Presents: Voices of Gemma will be released on March 30th.

« How to See What Data Facebook and Google Have About You
Khruangbin // This Lit Version of World Music, More Ghostface & Less Granola, Slaps »