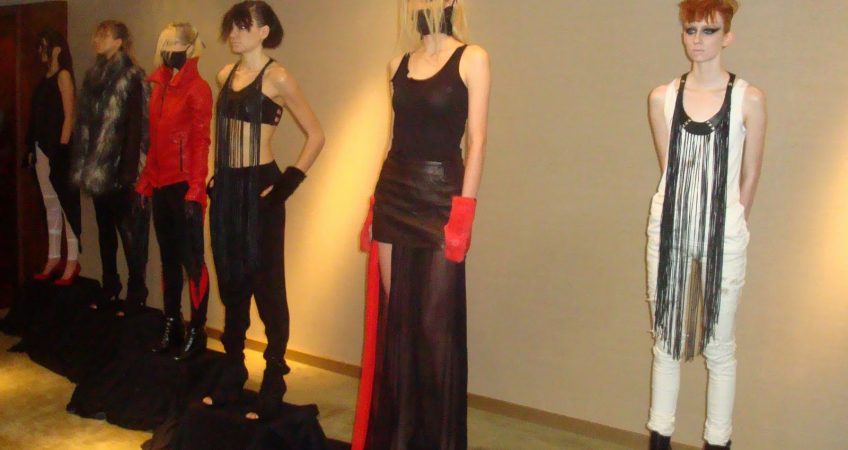 Behind the Scenes: Logan Neitzel

Flashback to NYFW in February; we’ve got this seasons’ report from Seattle designer Logan Neitzel.

Though the Art Institute of Seattle grad now dwells completely in the realm of New York fashion (Vogue and WWD were both at his show, and some verrrry impressive names made some serious inquiries about styling the presentation for him), Neitzel and his formerly Seattle-based co-pilot, Rachelle Robinett, managed to include some Northwesterners in the making of his Fall 2011 show, which was called Brood.

(Let’s just pause there to reflect on the regional pastime of brooding, particularly when it’s 27 degrees a month before spring is due to spring.)

There’s Bainbridge Island native Jeffrey Shirbroun, who is Neitzel’s design assistant, one-time Seattleite Devin Doyle shot the show (his pictures are available on Neitzel’s site), and the nail color was a result of a connection with sometime-local Kate Pawlicki from Pulp Lab. The online retailer and pop-up shop pioneer arranged for Neitzel and his team to deliver the vibe of the collection to the lacquer makers at Strangebeautiful, who formulated a custom color for the day.

So: points for keeping it real.

You can see images from the collection on the designer’s blog; subscribers to WWD can see the show on their site.