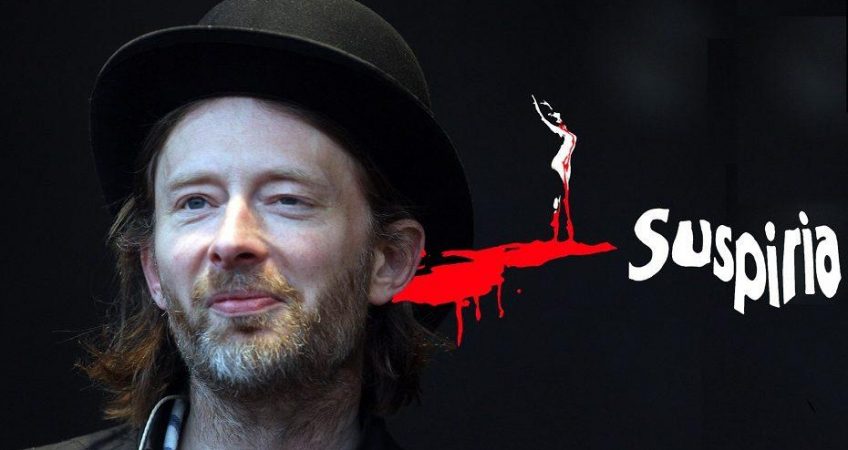 Considering Hollywood’s tendency to remake or reboot popular movies, especially in the horror genre, it’s easy to feel a degree of cynicism when it was announced that Dario Argento’s classic horror, Suspiria, was next on the assembly line. Except this project isn’t in the same category as the Platinum Dunes remakes of Friday the 13, Nightmare on Elm Street, and The Texas Chainsaw Massacre, it’s closer to something like Blade Runner 2049: in that it is being made by a director that is anything but a cash-grabbing hired gun, and it boasts a great cast.

remake is directed by Luca Guadagnino

of Call Me by Your Name

fame, with a cast that includes frequent collaborator Tilda Swinton

, and star of the original film Jessica Harper

. If that wasn’t enough to show you how serious this remake is then the inclusion of Radiohead’s Thom Yorke

, who will be filling the big shoes of The Goblins

, is on composing duty. Even before Guadagnino got the job, Pineapple Express director David Gordon Green had a crack at remaking the film in 2008, but has instead moved on to this year’s Halloween remake.

And if that wasn’t enough, we have been treated to the world premiere of the first trailer that looks to have captured he eerie spirit of the original but doesn’t give too much away. Dakota Johnson takes over from Jessica Harper in the role of Susie Bannion, an American ballet dancer who discovers the dark history behind the prestigious Berlin Dance Academy led by Madame Blanc, played by Tilda Swinton. From the trailer it looks like Johnson’s Susie is a little different from Harper’s. The footage that we see shows Susie in an unspoken, possibly antagonistic connection with Madame Blanc. In the original Susie ran the gauntlet of fear and distress, and though the remake will stick to the original’s story, it looks as if Susie has been updated.

How the trailer has been put together has obviously been influenced by the success of Hereditary, using quick cuts and sharp musical cues from Thom Yorke’s score to build dread through a montage of increasingly unusual images. Through this we are also introduced to Chloe Grace Moretz’s Patricia Hingle, who has gone missing and may be related to the coven of witches whose imagery saturates much of the trailer’s freakier moments. It’s incredibly effective stuff, showing us as the audience that Suspiria isn’t going to be the usual schlocky remake made up of jump-scares. Instead it’s going to mix terror and dread for an experience that will get under our skin and stay there.

While the trailer is excellent, we mustn’t forget the horrified reactions from this year’s CinemaCon when the first footage from the film was debuted of a woman’s body contorting horribly in time to Johnson’s character performing in the ballet studio under the tutelage of Swinton’s Madame Blanc.