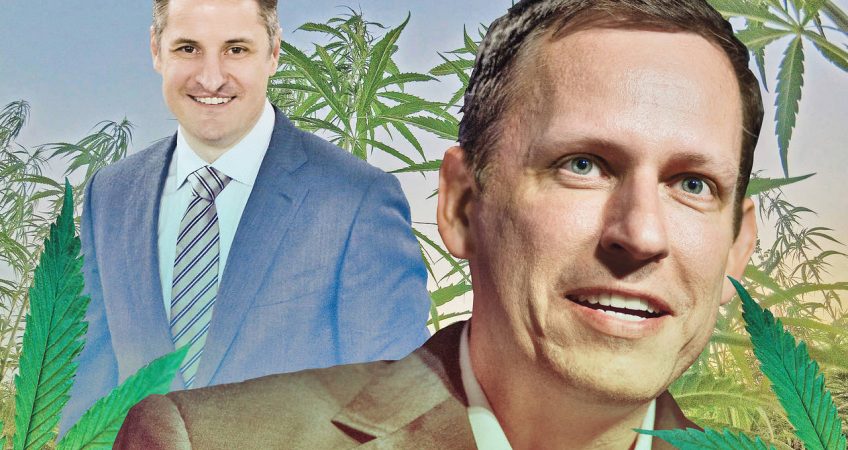 Marijuana stocks had a short strange trip this week. Led by Tilray,the U.S.-listed grower that just went public in July, the shares of Canada’s pot producers skyrocketed by Wednesday, then gave most of their gains back. Tilray opened the week at $117, for example, hit $300 Wednesday afternoon, and by Friday it had closed all the way back at $123.

Canada’s licensed marijuana producers begin recreational sales on Oct. 17 and they have acres of greenhouses in bloom. But their stock prices have been weakly tethered to business fundamentals for months now, and last weeks blow-off was all the proof needed that the trading has become irrational. At Wednesdays height, Tilray was valued at $30 billion. That’s more than Twitter,CBS, and American Airlines.From a Dec. 2017 peak above $19,000, Bitcoins price has toppled to $6,700 leaving many enthusiasts in tears. Expect the same of Tilray.

What’s really sent Tilray shares into space has been their scarcity, as American investors rush to board the weed train. Only about 10% of Tilray shares became free-trading in July’s IPO, and that small float has made Tilray stock hard to buy, borrow, or sell short. More than 100% of the Tilray float has been changing hands each day, since Canopys August deal with Constellation, and it’s pretty clear that U.S. retail investors are responsible. Several other cannabis companies are dual-listed in Canada and the U.S. including Canopy, Cronos Group,Green Thumb Industries and MedMen Enterprisesand the majority of their daily trading volume has shifted to the U.S. in the last month. That must be why Canada’s other big producers are reportedly beating a path to American exchanges. Both Aurora and Aphria ditched their U.S. subsidiaries this year, because operating in a country where marijuana remains illegal under federal law was an impediment to listing on the NYSE or Nasdaq. So U.S. investors will soon have other weed stocks to sample.

« Nohidea // ‘Departures’ Subdermal Throbbing That Circles Your Head Like a Cartoon-star Trope
Spotify’s direct distribution deals: What do artists get paid? »