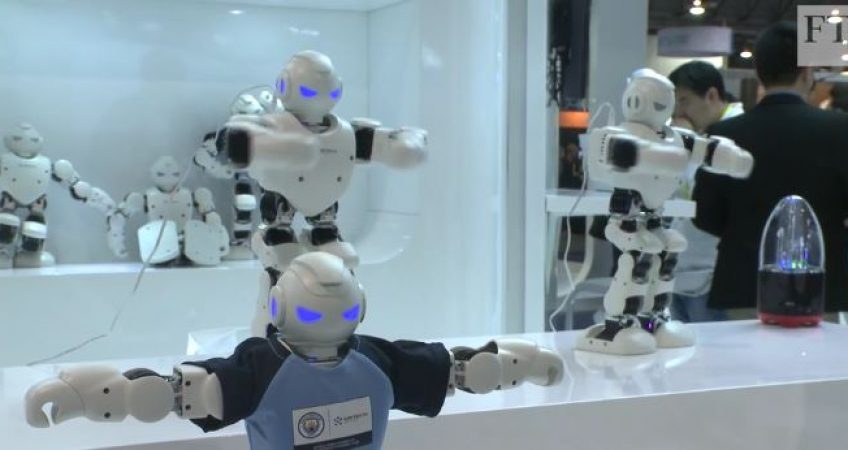 My favourite this year is the Hover Camera Passport drone. While unlikely to challenge DJI’s Phantom range in general-purpose aerial photography, this compact Chinese quadcopter, which folds to the size of a hardback book, is a remarkable feat of design and engineering.

A carbon-fibre cage around the propellers means it can be launched and caught by hand or carried in a bag without risk of injury to human or drone. Computer vision allows its 4K camera to recognise its owner’s face and follow them — no complex controller needed — while another sensor keeps it flying at a steady height. At $600 it is more expensive than a selfie stick but is simpler, and less dangerous, than any drone I have tested.

To be useful in the home, virtual assistants such as Amazon’s Alexa and Google’s Assistant have to be able to hear commands from anywhere. Smart desktop speakers such as the Echo work fine in a kitchen but Amazon’s black cylinders are hardly elegant. Chipmaker Nvidia envisions tiny microphones that are as ubiquitous and subtle as light switches.

Its Spot is a mic with artificial intelligence, wired into the wall, that taps into Google’s Assistant. Nvidia’s Shield, its television streaming box, is also gaining Google’s AI, acting as a hub for Spots around the home. It could be the system the “smart home” has been waiting for. Pricing and availability have still to be announced.

The machines are coming for your children — and they want to help. Leka is a cute robo-ball with a smiling face and rainbow lights. Its range of educational games is designed to help children with autism and other learning disabilities, and the French start-up’s device is a meaningful antidote to the pointless frippery of CES. Leka raised $132,000 on crowdfunding site Indiegogo last summer and will start shipping this year.

Meanwhile, toy maker Mattel’s Aristotle system is an AI-powered robot nanny. A combination of Echo-style smart speaker, connected camera and colour-shifting lightbulb, it can play games with children, read bedtime stories or send babies back to sleep with soothing sounds when it sees them wake up.

For the $300 bundle, which goes on sale this summer, Mattel is drawing on tech from Microsoft and Qualcomm. It is emphasising the security of its system.

Read the full story at FT.com