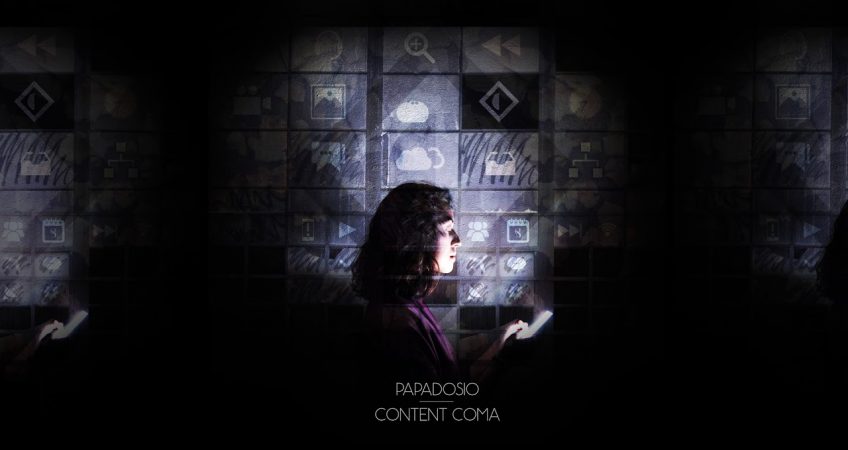 A state of tedium: perhaps one of the more definitive side effects of bridging collagic soundscapes to find a sweet spot. Papadosio

never relied on cohesion for their songs to make sense, just like they never had to rely on chorus or hook to craft an eccentric discography that somehow passes as munitions for their oft-wall of pop-tinged space rock.

, out September 7th. The roughly 20-minute, four-track odyssey marks a significant milestone in the Asheville quintet’s career as they celebrate their graduation from the bedroom. While most of the instrumentals were added post-studio, the professional sessions let them walk away with drums, bass, and grand piano in the raw, paving the way for a foundation built on a sonic arrhythmia.

The decision to move the project into a studio-setting for the first time ever was based not on necessity, but a notion that such a drastic change in their production ritual would catalyze a different kind of breakthrough. And it did – and they consolidated a lot of content, having narrowed down thirty or so tracks written for the album.

When the indie elitist fulfills the archetype, any amount of saturation beyond a lo-fi origin is something to scrutinize, though unscrambling an outlook with that much gauss would take similar effort. The multi-genre maximalist approach even in-studio manages to sound fresh, all things considered. With each and every transition being less predictable than the last, Content Coma

is a graphic display of how effectively one can wield the art of composite.