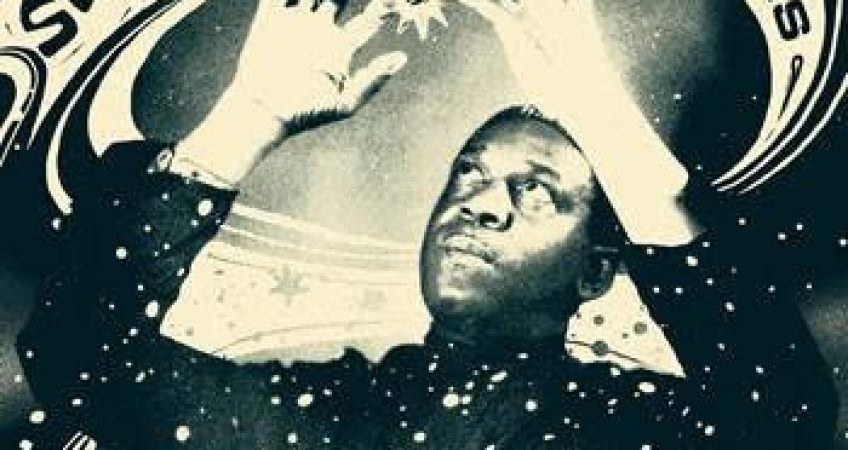 Many times great innovators are described as historic. Sun Ra made his own lane, by virtue of constantly operating outside the box in creating art and in the operation of releasing his art.

Strut Records presents the definitive collection of singles released by Sun Ra across his illustrious career, spanning 1952 to 1991. Released prolifically during the 1950s and more sporadically thereafter, primarily on the Saturn label, the 45s offer one-off meteorites from Ra’s prolific cosmic journey, tracing the development of his forward-thinking “Space-Bop” and his unique take on jazz and blues traditions which remains unlike anything else from the period. As with his LPs, most 45s were only pressed in small runs and have since become extremely rare and sought after. Some have only been discovered in physical form in recent years; some were planned and pencilled but allegedly never made it to vinyl and some appeared as one-off magazine singles and posthumous releases.

This collection reflects Sun Ra’s prowess across several distinct American music genres. Stride piano blues, hard bop jazz, big band swing, and space jazz which in turn would become a significant influence upon the rise of house and techno music. Essentially the hatch egg of EDM. Moreover, this collection presents the rare setting of an actual platform, mostly 45’s, being almost as important as the art itself. Point being. If you go back and imagine hearing Sun Ra’s recorded music in a public setting, which could be a parlour, bar or saloon during the 50’s, 60’s or 70’s. Chances are, the music would be coming from a jukebox, housed with 45’s.