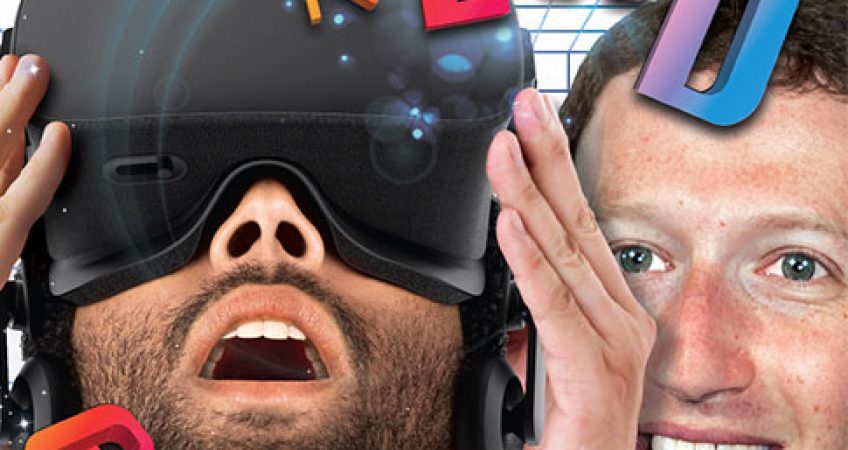 In one way or another Mark Zuckerberg has thought about the rendering of reality for decades.

“It’s something that I’ve dreamed about since I was a kid,” he says. “I remember in middle school I would just sit in my math class with my notebook and write code. I didn’t even have a computer in middle school. I’d just, like, go home and write it. And I sketched out how I thought that eventually the operating system and the experience should be 3D, and basically more of a VR thing.”

The spread of video has taken thrilling and sometimes shocking turns, and VR will likely build on that in ways we don’t yet understand: Imagine Facebook Live at a riot, but in fully immersive form. Talking about the future, even Zuckerberg can get stumped and slide into the mystical. Some of the problems don’t even have names yet. VR, at true fidelity, entails creating another reality, the presence and automation of everything that exists. Then there are the deep problems of connecting to the brain, which leads to telepathy, something he isn’t opposed to discussing. “I think you get—I mean, there’s something that’s just—that’s deeper, that I don’t even think we scientifically understand about just how you actually experience the world,” he says. “I think there’s outside, and there’s different fidelities of capturing that. And then there’s the human experience of it, which I think is—I mean, we don’t even have enough of a scientific understanding to even have—I think I don’t, at least, have the vocabulary to even fully describe this.”

« Back in 1995, Walmart Banned This T-Shirt
Meet the Designer Behind Cinema’s Most Iconic Movie Titles | WIRED »