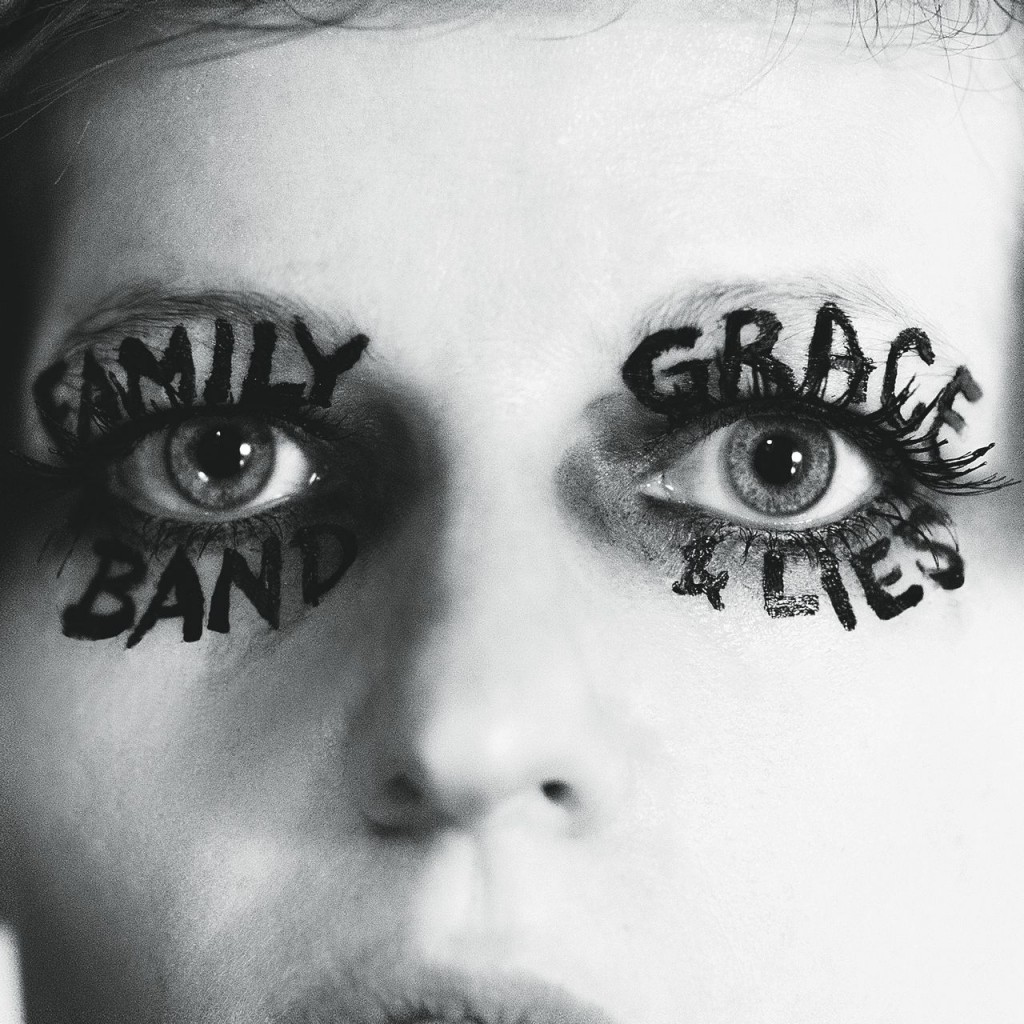 
Family Band recently released their latest full-length album Grace and Lies (No Quarter). The record’s lead single “Night Song” is an insomniatic track driven by its hypnotic guitar riff and eerie, repetitive backbeat while its mysterious lyrics builds on the imagery of late night contemplation. For lead vocalist and visual artist Kim Krans, the song has always suggested the need for a slideshow accompaniment inspiring the simplistic, but captivating footage. Spawned from Krans’ visually-stimulated mind, the talented artist puts on multiple hats to bring a music video that beautifully captures the non-linear everyday thoughts that seem to consume our internet-obsessed, ADD generation. Pulp Lab was fascinated by the end result and wanted to learn more about how this Renaissance woman made her vision come to fruition. So it was greatly appreciated that Krans was kind enough to take the time to answer our interview questions.

Pulp Lab: What was the inspiration for the concept of the video?

Kim Krans: I make a lot of drawings, and have always wanted to make an animation-type video. “Night Song” was the perfect song for it because of the steady sampled beat. Instead of trying to make a seamless or perfect animation, I tried to keep the drawings clunky and loose – more like an old flip-book. Who doesn’t love a flip-book?

PL: Is this the first time you ever sat in the director’s chair? If not, what did you work on before, and how did the experiences vary?

KK: I’ve worked on most of Family Band’s videos up until this point, especially on a video for the song “Children.” I made pretty elaborate costumes and masks for 20 people, and we all tromped around in the snow. It was really fun. This video was much more of an introverted creative experience. I basically didn’t leave the house for 2 weeks.

PL: What is the most difficult part of being the director as well as the songwriter/performer?

KK: Well, in this case, it was that I literally could not see. I had fake eyes glued over my eyelids, and they held my eyes shut. So I couldn’t watch any of the footage, I had to trust the cameraman and Jonny to know if we got “the take.” It was very awkward.

PL: You did the drawings for the projections in the video. What were your inspirations for them?

KK: My original idea was to draw different patterns of black and white to create optical effects…but once I started playing around with the facial features and different characters, there was no going back. We tested out the Minnie Mouse projection, and from that point on, it was anything goes. 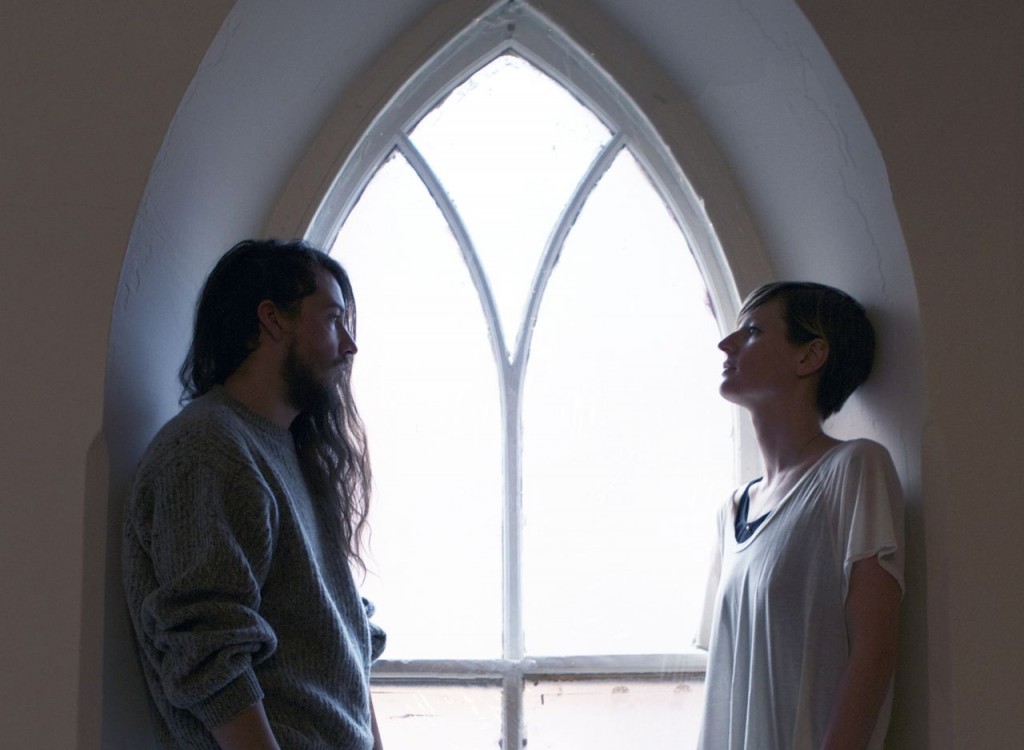 
PL: What did you want the viewers to take away from the video after seeing it? Were the drawings meant to tell some type of story, or are they just random doodles?


KK: I tried not to latch onto one single narrative. I let the storylines and characters come and go much like they do in our day-to-day-thoughts. One minute we are on Facebook, and the next minute watching a YouTube of a cute cat chasing a ball and then worrying about the monthly bills and who is going to win the election this fall. The drawings are meant to accumulate like life on the internet does – it’s frantic, funny, comparative, overwhelming, and desperately lonely.

PL: Why did you choose to only go with black & white drawings, and not use any color?

KK: To keep it lo-fi and a little bit punk. Plus optical effects are best in black and white.

PL: Was it difficult to align the drawings correctly with your face? Was the video of a certain take with continual projections, or did you piece together a bunch of separate takes?

PL: You said that you made “big drawings of each song” for Grace and Lies and “built those visions with sound.” Did any of those drawings make it to the video? If not, what were the drawings that inspired “Night Song”?

KK: No, these drawings were all made specifically for the video. I can’t remember what the drawing for “Night Song” was like, but I bet it involved falling stars or something. 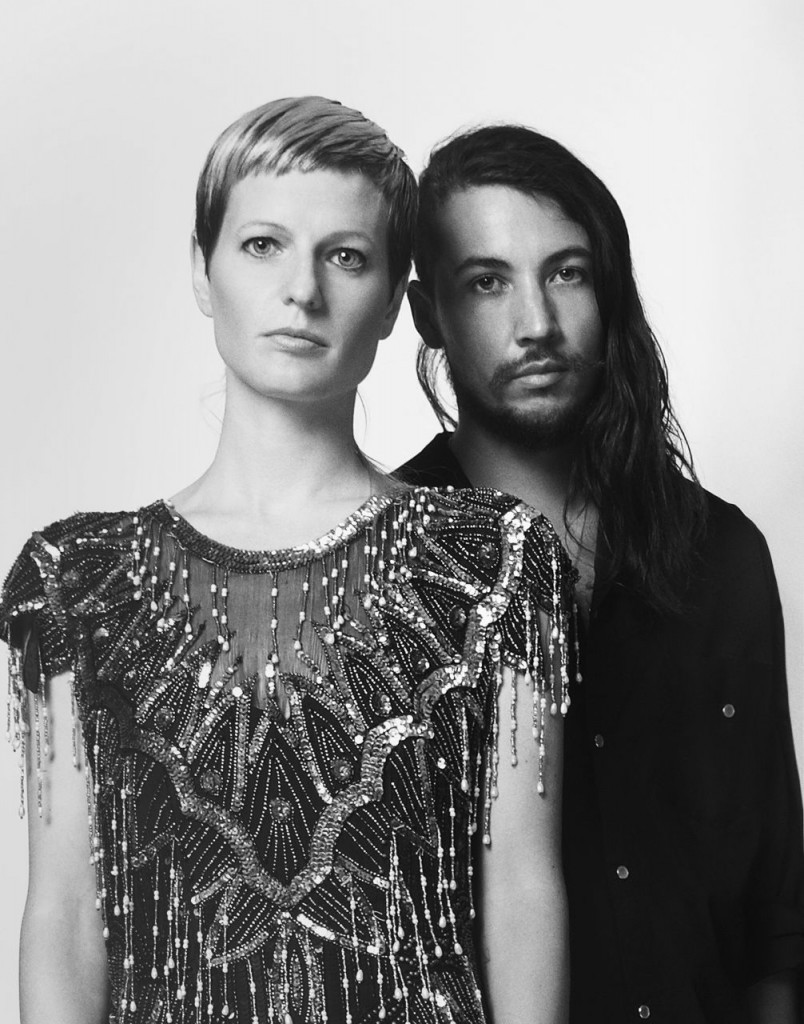 
PL: Was there much input from your band or cameraman for the video, or is this completely your own vision?


KK: Pretty much my own vision – Jonny helped me out with some of the sequences, and told me which narratives and characters he liked the most, etc.

PL: Do you plan on directing more of the band’s videos in the future? If so, what are some other ideas that you’d like to see come to fruition?

KK: Yes, definitely. We have a video coming out in a week or two for “Moonbeams” that was directed by Sam Macon. I made the costumes and masks. I can’t wait to see it. If I had the money and time, I’d make videos for every song…I have a couple directors and photographers that I’d love to collaborate with. Sean Pecknold, Ryan McGinley, Tim Barber…we’ll see.

PL: What do you find harder to do making visual art or music?

KK: The difficult part about the music business is that it’s achingly slow. You write a song, and you’re very lucky if it’s recorded and released within that year. Then you tour those old songs because the world thinks they’re new. With visual arts you make things, put them out there, get responses, and make more new things. Waiting around for an album to drop can be stifling for the creative spirit.

Well, whatever projects come next for Kim Krans and Family Band, we are sure that she’s already picturing them in her mind.