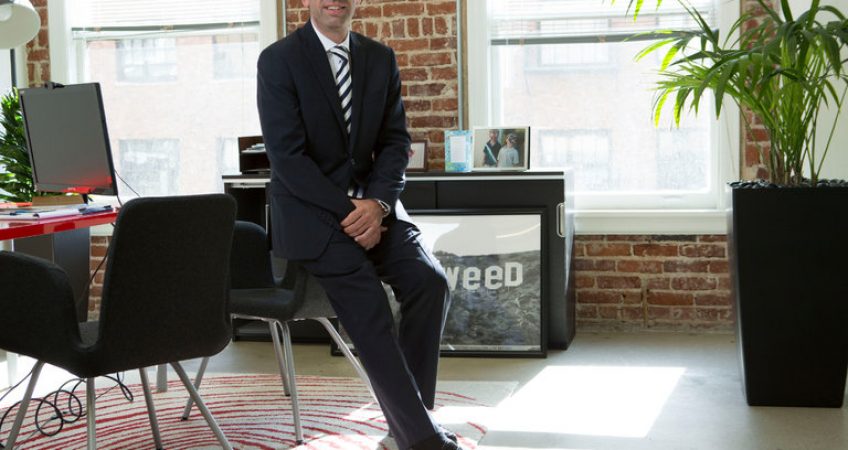 As state after state has legalized marijuana in one way or another, big names in corporate America have stayed away entirely. Marijuana, after all, is still illegal, according to the federal government.

But Microsoft is breaking the corporate taboo on pot this week by announcing a partnership to begin offering software that tracks marijuana plants from “seed to sale,” as the pot industry puts it.

Microsoft’s baby step into the business came through an announcement on Thursday that it was teaming up with a Los Angeles start-up, Kind, that built the software the tech giant will begin marketing. Kind — one of many small companies trying to take the marijuana business mainstream — offers a range of products, including A.T.M.-style kiosks that facilitate marijuana sales, working through some of the state-chartered banks that are comfortable with such customers.

Microsoft will not be getting anywhere near these kiosks or the actual plants. Rather, it will be working with Kind’s “government solutions” division, offering software only to state and local governments that are trying to build compliance systems.