“I want to dedicate the Spangle-Lang Lane record to my mother Maggie L. Schaffer, who introduced me to the power of creativity and also to my daughters Anaya and Anya, who are both my answered prayers. The LP is something that I would like to see impact children in a creative way, helping them to see the power of positive change through music.” – Ryan Porter 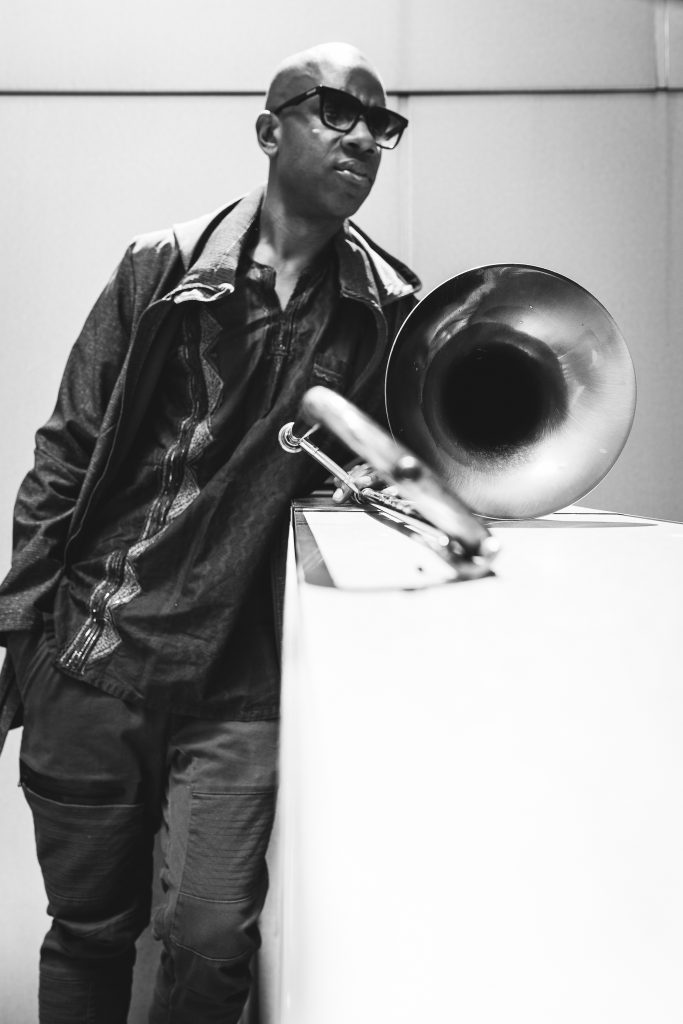 Running in parallel with the powerful wave of transformation that occurred with the advent of recording technology in the 1800s, children’s music has been a critically important part of the evolving pace of modern culture. Through the entire body of children’s music, few have truly deviated from the normal harmonic and melodic structures of past composers. This is about to change in the fall of 2017 as West Coast Get Down co-founder Ryan Porter will present Spangle-Lang Lane, a collection of music that revamps and puts a facelift on some of the world’s most beloved children’s songs. Serving as his debut album, Ryan Porter will release Spangle-Lang Lane September 22, 2017. The eight track LP will land with the quickly rising Los Angeles based jazz imprint World Galaxy on LP, CD, and digital formats.

As another chapter in the ongoing saga of releases cultivated from the legendary KSL Sessions, Spangle-Lang Lane was committed to archives in December of 2011. This was during the same window as recordings for Kamasi Washington’s The Epic (Brainfeeder), Ronald Bruner Jr.’s Triumph (World Galaxy), and Miles Mosley’s Uprising (World Galaxy). Men, women, and children of all ages can enjoy newly revised versions of the “ABC Song,” “Itsy Bitsy Spider,” “Little Boy Blue,” “Rain Rain Go Away,” “Ants Go Marching One By One,” “Row Row Row Your Boat,” “Twinkle Twinkle Little Star,” and Ryan Porter’s very own LP theme.

The foundations that pushed the conceptualizing and recording process of Spangle-Lang Lane forward stretches across Ryan Porter’s upbringing. As Ryan Porter explains, “One thing I really wanted to tap into was the magical feelings that I experienced as a child from different T.V. shows, movies, and recordings that inspired a life changing surge of creativity and imagination in my very own life. As a result of revisiting these warm and happy childhood memories, I had to mentally go back to the ’80s and think of Saturday mornings at my mom’s house. I would be on the couch in front of the T.V. with a massive bowl of Captain Crunch, watching the A-Team, Knight Rider, and reruns of Annie and Willie Wonka.” As a newly revamped soundtrack for the ages, Spangle-Lang Lane is the fullest expression of Ryan Porter’s spirit and if you are a child that experienced the ’70s or ’80s, this album will speak to you in an even more unique light.

One can further break down the roads of influence leading to Spangle-Lang Lane in three parts: Jim Henson’s Sesame Street, Quincy Jones’ The Wiz and the first musical collaborations Ryan experienced as a kid. Ryan Porter adds, ”The three things that really stuck out in my heart for this particular project were the amazing works of Jim Henson’s “Sesame Street” and how he brought the magic of puppetry, music, and life lessons to children all over the world. Also, Quincy Jones’ version of “The Wiz” impacted me as a child from a musical standpoint as well as broadened my imagination in a huge and soulful way. Lastly, I really wanted to flood my mind with all of the fun and magical times I’ve had as a child playing music with my friends. I tried the best I could to reflect those things in each composition I wrote for Spangle-Lang Lane.” These areas of influence have been enjoyed by people of varying socioeconomic statuses for years now, creating a sense of unity that directly connects to Ryan Porter’s openness to all cultures and the love he has for the music community at large. It’s easy to see that the imaginative and creatively free nature of Ryan Porter’s youth has never left his path, keeping this energy close as he’s matured into his role as a father and an ambassador of Los Angeles music.

The ethos of Spangle-Lang Lane equally lives in the visual realm, coupled with puppets and a film series that takes on the life of the West Coast Get Down and various jazz luminaries. From episode to episode, you can expect to see main characters Ryan Porter and Crazy Jake, along with puppet versions of Duke Ellington, Kamasi Washington, Louis Armstrong, Brandon Coleman, Tony Williams, Terrace Martin, Miles Davis, Thundercat, John Coltrane, and many others. As the influence of Sesame Street started to filter into Ryan Porter’s dreams, he quickly sought out the right tools and knowledge for creating his own puppets. Ryan adds more detail on how the puppet world of the album formed. “The vision for having puppets as part of Spangle-Lang Lane came from the influence of the magical world of Jim Henson, but I also had a dream where I could see all of these puppets so vividly playing gigs and recording. I had these dreams so much that I looked into puppet making classes so that I could learn how to make these characters that I saw so vividly in my dreams. After a few years of learning how to make puppets, which is not an easy thing to do, I finally made prototypes of the puppets that I had seen in my dreams. These puppets are the ones that I use to film in my videos to help teach kids music lessons and history about older musicians that aren’t with us any longer. The type of musicians that made a huge impact on how music sounds today, revamped through the power of puppetry.”

For the Spangle-Lang Lane record release event, Ryan Porter will take the puppets he’s created and the momentum of the video series for a special concert in Los Angeles this fall. The puppets will take the stage with Ryan to perform the music off the LP, striving to create a unique concert experience the jazz world has never seen. This fall will serve as a very special stretch of time for Ryan Porter and Spangle-Lang Lane, bringing to light a lifelong pursuit that will have the power to benefit thousands of people across current and future generations. Spangle-Lang Lane is an achievement unlike any other, serving as the latest chapter of the West Coast Get Down’s growing legacy and the beginning of Ryan Porter’s tenure in the spotlight.