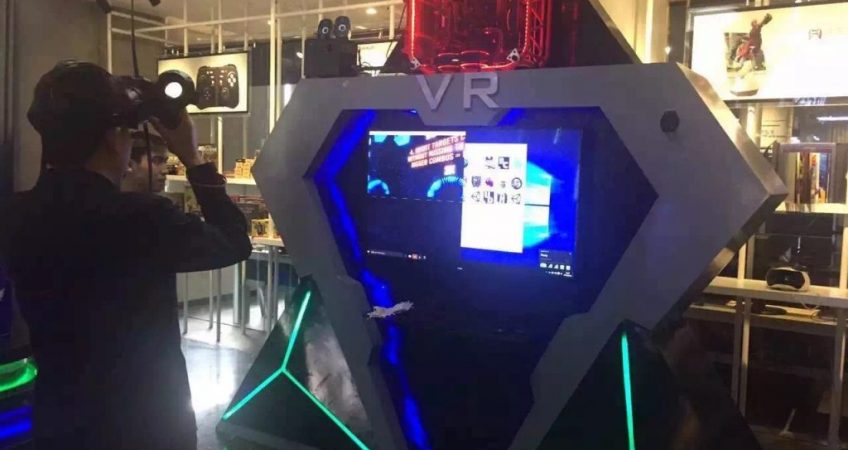 An Inside Look at China’s VR Cafes

One of the most popular ways to consume electronic entertainment in China is by visiting an iCafe, or Net Cafe. These are places where patrons physically stop by to play games. Some locations charge based on time, while others charge based on the content of the experience, but they all provide an outlet for people to escape into a game of their choosing.

One company that’s playing a big role in the internet cafe industry in China is Shunwang Technology, which operates many of the Net Cafes across the country.

Naturally, VR experiences are becoming a huge part of the game industry in The East, despite the regulations.

According to recent reports, the VR industry in China could be worth over $8 billion across HMDs, software, VR cafes, and more. Some companies are even investing in entire theme parks. However, this popularity, combined with the prohibitively expensive cost and lack of room or access, is like a jolt of adrenaline into the arm of the Net Cafe market. And Shunwang is at the center of it all.

“Most of the games we find for cafes are from Western companies,” explained Liu. “VR is very new and not many people have experience developing VR games, especially in China. Compare the talents and expertise of the Western and Chinese markets and you’ll see China is very good at web and mobile games, but VR games require experience with AAA console and PC titles. Those are abilities that a lot of Chinese developers lack.”