A wizard paddles on a lonely sea, his flag proclaiming “I’m trying.” An ostrich hitchhikes in the desert, holding up a sign with her destination—”Bliss.” A walrus in an AC/DC shirt looks calmly at the viewer beneath a permanent refrain of, “I’m bored.”… Part art book, part comic book compilation, and a skeptical but loving take on “Successories” motivational posters for the office, I’m Bored features the whimsical, wonderfully whacked-out work, of artist and illustrator Jess Rotter.

Informed by a deep knowledge and love for the world of 1970s rock ’n’ roll, Rotter was first inspired by her father’s vinyl covers and comic books growing up. She describes her early aesthetic influences as—“Part Peter Max, part Fritz the Cat”.

Rotter, who will be conducting a book signing event at Skylight Books Annex on Wednesday October 26th at 7:30 pm, launched eponymous T-shirt label, Rotter and Friends in 2006, resulting in collaborative capsule collections for The Gap and Urban Outfitters, and official band merchandising for acts such as the Grateful Dead, Yusuf/Cat Stevens, Sly Stone, Rodriguez, Big Star, Mavis Staples, Kurt Vile and more. Her art and illustrations have appeared on everything from public murals to album covers (Best Coast, Wooden Ships, Country Funk Volumes I & II just to name a few).

She’s collaborated with everyone from Jack White’s Third Man Records (This Record Belongs To) to Light In The Attic Records and on projects for clients including Other Music, Converse, Focus Features, Red Bull Music Academy, and Indiewire. Her cherished “Songbird Stories” column is currently featured bimonthly in Lena Dunham’s Lenny Letter. “I created these scribbles initially from the struggle of being jaded by overstimulation” explains Rotter of the inspiration for her first book, “it’s about how we seek daily salvation but always have a refresh button in the back of our minds…”

Designed by the artist and with a foreword/toast by Kate and Laura Mulleavy of Rodarte, I’m Bored is a Gary- Larson-meets-The Muppets variety show, a terrific trip composed of recurring illustrated characters—ranging from walruses to wizards to life warriors—who are all, like the rest of us, seeking their daily salvation. 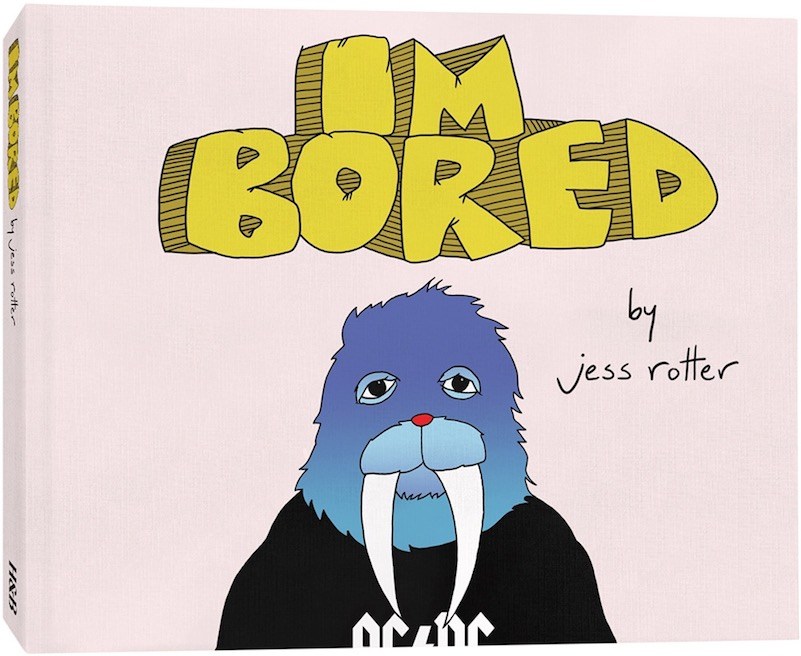 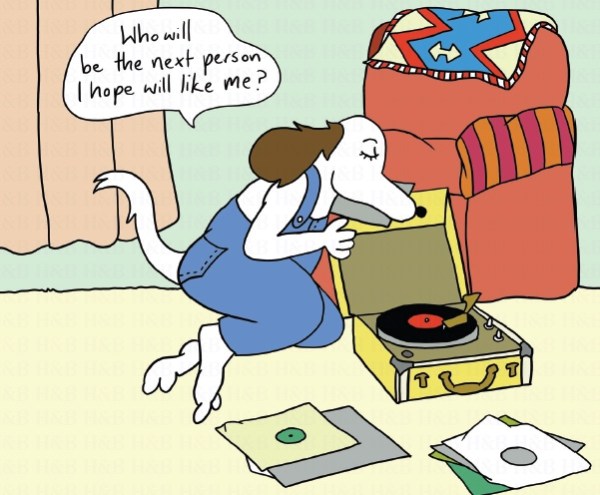 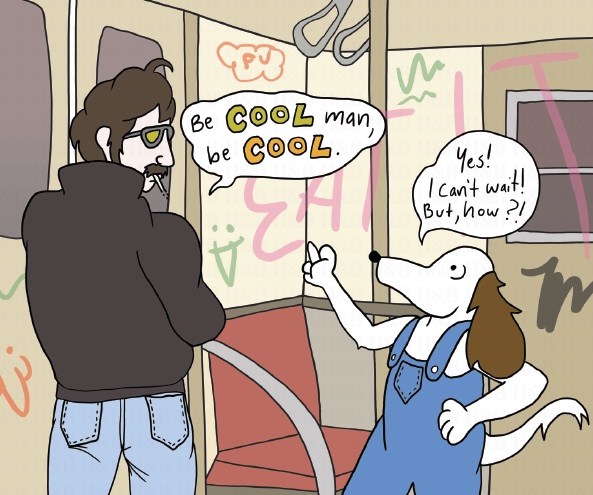 Kim Gordon “Murdered Out” via Stereogum