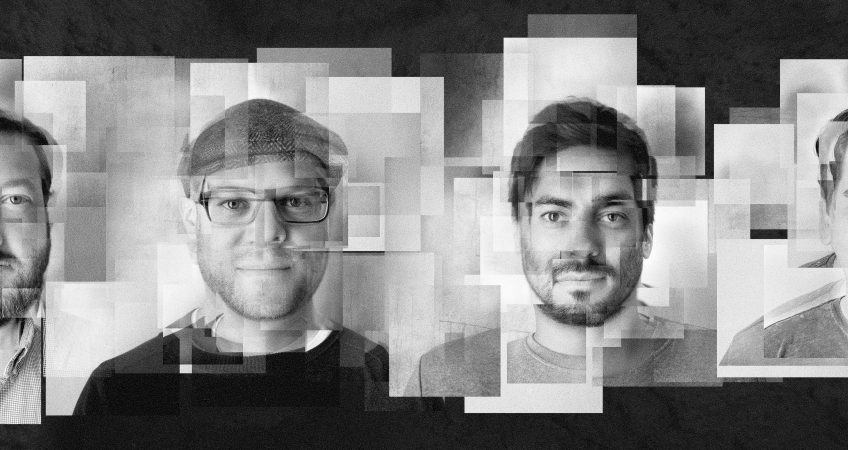 Kick Drunk Love, the first release from KAMM, a mini super group of techno, house and upper bpm heroes, is a six-song EP that creates a space where genre titles are dropped and ideas or figures with different bpm’s and textures are pursued. Released this week on Marcel Vogel’s Intimate Friends imprint, KAMM is a collaborative alias that encompasses Dave Aju, Alland Byallo, Kenneth Scott and Marc Smith.

According to KAMM, the ep was inspired by “the early to mid-90’s MoWax catalougue.”

The track “Sidewalks”, with sounds of children playing the backround and Damian Schwartz working a full of activity bass chart amid hand claps, establishes a solid footing away from the dance floor. While the track “Grace” is just  five minutes of slow building goodness.

The four producers, who all currently reside in Berlin, have releases on the labels Rebirth, Rawax, hypercolour, Third Ear, Liebe*Detail, Moodmusic, Circus Company, Dessous and Poker Flat just to name a few.