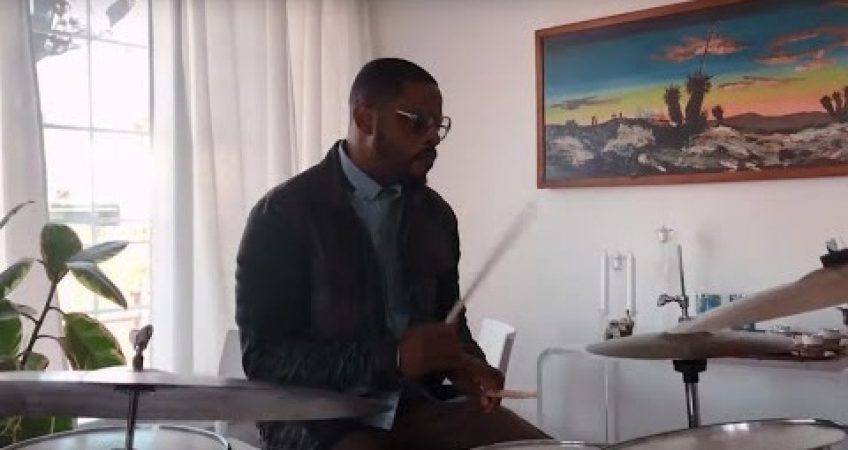 Karriem Riggins, who earlier this year released his 29 track “Headnod Suite” on the Los Angeles based label Stones Throw Records, has shared a video this week for Bahia Dreamin’. It features a quaint early morning living room dance party, fueled by Earl Grey Tea. Or so it seems.

Riggins, a much sought after drummer, producer and collaborator has stated in past interviews about his admiration for interesting chord progressions, the bass and drums being his favorite instruments and how the drummers Philly Joe, Paul Chambers and Clyde Stubblefield made his ear pay closer attention. Riggins has worked with Kanye West, Paul McCartney, Common, Diana Krall, The Roots, J Dilla, Erykah Badu, Robert Glasper and Kaytranada.