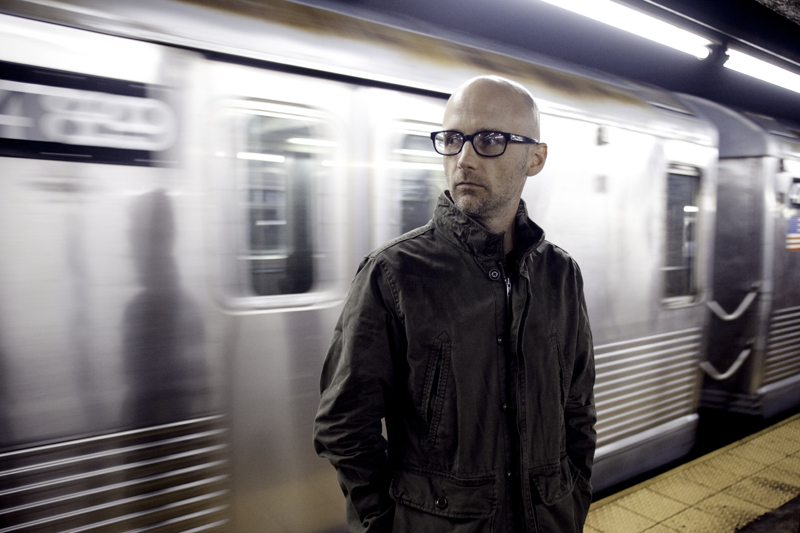 Moby is gearing up for another innovative album, accompanied by a book with two of many events this week. The first will take place at Clic Bookstore & Gallery, where his book and music will be on display from May 12th to June 26. Also, a live performance will occur at the Brooklyn Museum on Thursday May 12th. 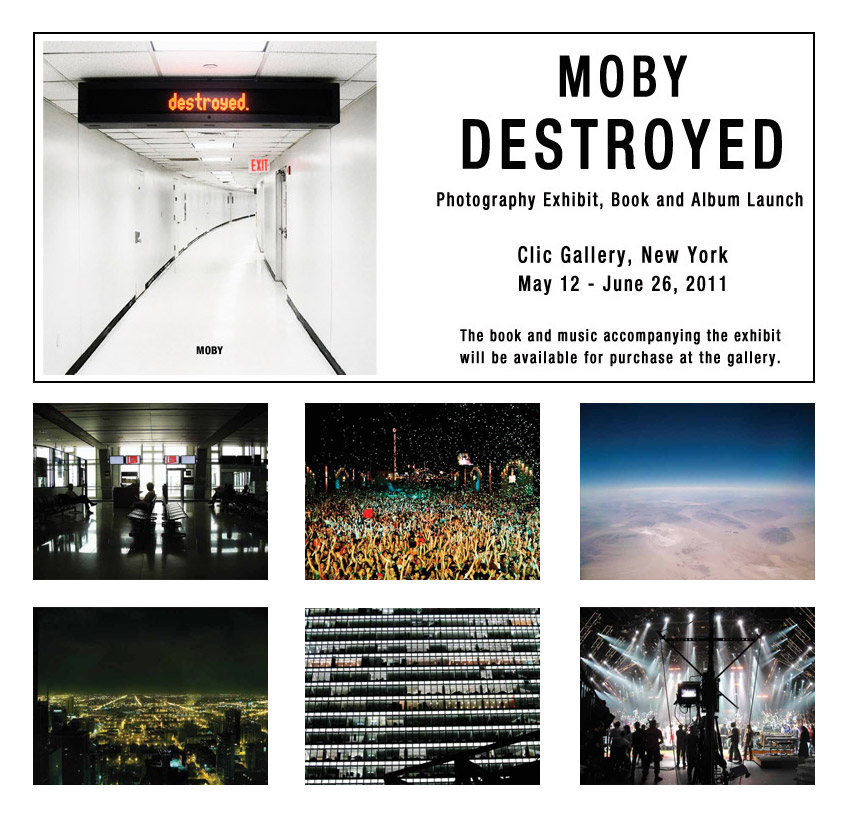 On May 12 the Brooklyn Museum will present a special conversation with techno musician Moby and John Schaefer, host of WNYC’s Soundcheck and New Sounds about Moby’s new album and book of photography. Tickets, which include Museum admission, are $10 ($6 for members and cultural colleagues). Tickets may be purchased via www.brownpapertickets.com.
The evening will include a sneak preview of songs from Destroyedperformed live in the only scheduled performance in the U.S. and a screening of Moby’s self-directed/produced Be The One EP videos

The long-time New York City resident spends a lot of time travelling and living as an introverted nomad. His latest work, Destroyed, takes us behind the scenes on an international journey with Moby, introducing us to the strange and disconcerting life of touring that is often not exposed: the time spent isolated in anonymous, mundane spaces like hotel rooms, airports, and backstage waiting areas. These experiences are juxtaposed with moments and places of intense beauty in the world and the excitement and connection with audiences. From the absurdly empty to the absurdly full, Moby captures the universal situation that so many musicians and artists undergo living nomadic lives. The combination of the album and book of photography, created while touring, provides and intimate look at Moby’s world and his creative process.

“According to multidisciplinary pioneer Moby, more people than ever are channeling their creative energies into tech-assisted songs that possess the neurochemical ability to literally reshape minds. The bad news is we’re living in a world blasted by a light-speed media assault that scares some of us into corners, ducking the latest domestic terror or global catastrophe” (Wired).