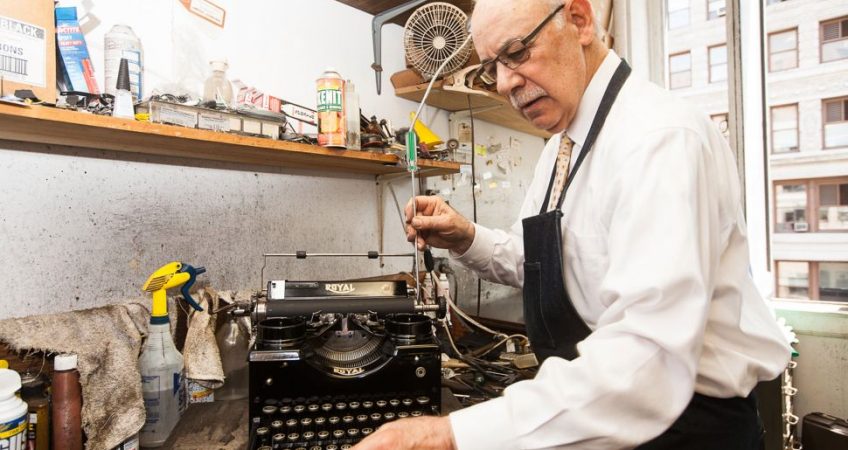 “I could mention hollywood people who come in here,” said Paul Schweitzer, owner of the Gramercy Typewriter Co. “Sometimes they’ll send over ‘their people’ looking for a prop,” he continued, a slight grin discernible under his neat white mustache. “I know it’s somebody, but I’ll be busy helping another customer. I say, ‘I’ll be with you in a minute.’ ”

Schweitzer, 77, one of the city’s last typewriter repairman, serves as a go-to source for local propmasters. One of his prized black Royals, for instance, appeared in the Broadway show Misery. A chorus of Remington Rands tap-danced in Coming Through The Rye, a new film chronicling the search for J.D. Salinger.

Holden Caulfield himself wouldn’t find anything phony at Gramercy, which expanded into the laser printer maintenance sector in the 1990s as typewriters lost market share. But business has recently picked up. “We’ve seen a resurgence in typewriters,” Schweitzer reported. “Kids who are 12 to 15 like to see words hit the paper. You should see this place at Christmas. They line up at the door with their parents.”