New Track from Hercules and the Love Affair 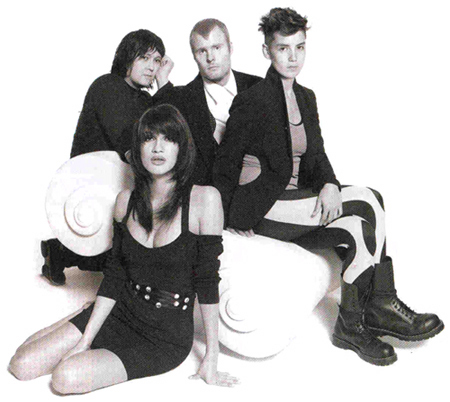 While Hercules and the Love Affair didn’t directly participate in our InnerTube Mix, Wolfram’s remix of Fireworks features these fashionable downtown and Brooklyn groundbreakers. They’ve got an incredible style, blending disco, electro, and funk; it’s going to get even better with their upcoming album, Moshi Moshi.

Hercules and Love Affair’s myth started with the worldwide club smash “Blind”. Their self-titled debut garnered considerable critical and commercial acclaim around the world.  It was named a “Breakthrough Album of the Year” by The New York Times and featured in Pitchfork’s “Top Ten albums of 2008”. The legend continues with their second album Blue Songs. Lead single “My House” is already an international club staple and the new US version has three additional bonus tracks and will come with a bonus remix CD. The album will finally get a US release via Moshi Moshi on August 16th.

Check out their new track, Painted Eyes, on Stereogum. You’ll love it!