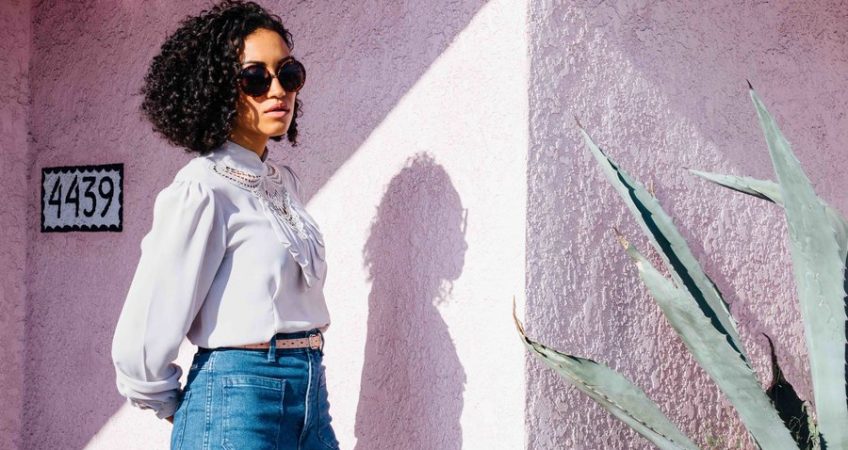 is so expansive with her retro colour wheel of sounds on Childqueen, you swear it was playing on the crappy Radio Shack ceiling speakers at the local Gas & Shop during the early 1980’s.

And that is meant as a compliment.  Straight up. Anyone pulling on a Big Gulp Cherry Slurpee during an intense round of Centipede could have heard Bonet’s squiggly soul atmospherics on rotation with all the other AOR soft rock joints from the late 1970’s.

The album titled single “Childqueen” inhabits the classic soul production of Gamble and Huff’s You Know How To Make Me.

Yet these languid bass lines, bells, bird whistles and storyboard strings ride behind the chant

“You’re so great at doing what you’re told/ you wear your skin like a coffee spill, where u been at childqueen.”

Later on, the quirk and jerk of “Thoughts Around Tea” uses a tinny drum machine and a thrift store Casio keyboard to weave a story of a Missed Connections voiced by a trio of Oompa Loompas.

Recorded over two years in studios and hotel rooms around the globe, this self-produced 10 track work of hallucinatory erudition is slated for release June 6th. Her current single Mother Maybe, which matches Minnie Ripperton high points with the glammed up pre-pop of Hall and Oates, is featured on our playlist this month.

This is your April Pulp Lab playlist.