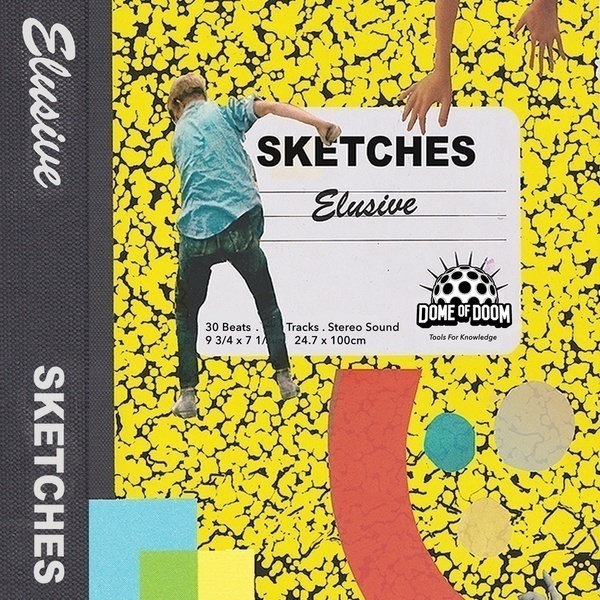 Aaron Koslow, who records and produces under the name Elusive, completes his highly productive year in music with a 30-track beat tape that strikes a fair balance between sample based material and interstellar synth fuzz. The aptly titled “Sketches” bumps slow, seeps in deep and bows out with the pictorial grace of a magic hour sunset. Koslow, a Los Angeles based electronic music producer, started turning heads in 2010 when he first played at Low End Theory, the epicenter of LA’s instrumental “beat scene.”

Before “Sketches”, Elusive put out the ornate record “Fusion Swing” which encapsulated a meditative…deep dive into the many pathways that experimental hip-hop/electronic music and avant-garde/free jazz from the early 1970’s link up and merge in a very organic fashion. After that, “Moments”, his 15-track beat tape equipped with staccato rhythms, intergalactic keyboard phrasing, and sinewy bass lines, kept the summer moving.

“Low End Theory is the Mecca for clubs as pertained to the beat scene and Los Angeles music culture in general. Always good vibes, people. And the best most progressive music being performed” commented Koslow via email. “Daddy Kev, a resident DJ and owner of Alpha Pup Records calls it “church”. I feel honored and privileged to have performed there and call them my friends. They also have an incredible sound system making it one of my favorite places to perform at.”

” I wanted “Sketches” to be a very easy listen with tracks that are just ideas and literally tracks that are sketches. It was a literal title. Making tracks like that are just fun. It’s the backbone of making beats. Chopped jazz loops over loose drums. It’s how I started making beats. I enjoy these projects and it’s a way to keep music fun and interesting. Usually, my beat tape projects are sample based and shorter in length tracks for a fast-paced listen” explained Koslow.

“With the “Moments” tape, I made it more like an album with more developed tracks that I composed myself. There are elements and similar vibes from “Fusion Swing”. I feel like my follow-up albums always have elements I touched on in the earlier project.”

Sketches will be released as a cassette on Friday December 8th by Dome of Doom.