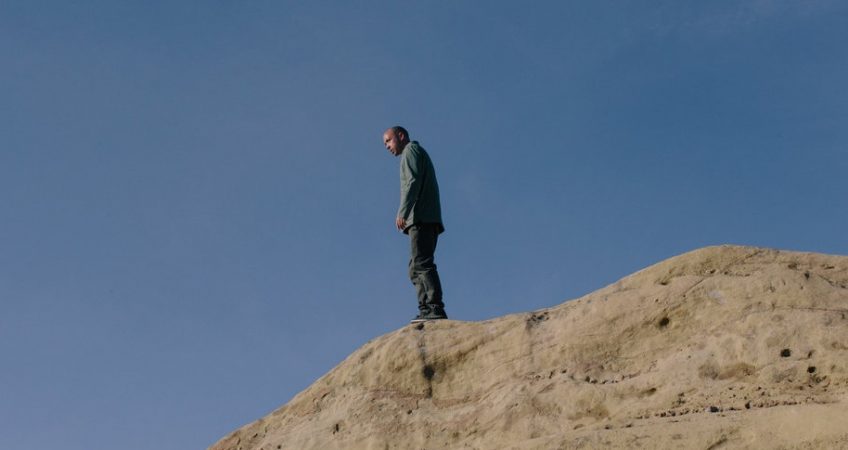 It’s been about a decade since the first wave of post-indie’s rise and set. While the motion-blur evolution these movements envelope begins to slow, it has become evident that the culture of independent music is inching closer to the edges of arbitrary and purposefully obscure. It manifests as a blank mass that looms ominously overhead, refuting your own personal feelings about anything in particular. Prolonged exposure consists of generalized anxiety, irritability, and extended periods of shameless faulting including, but not limited to, a subscription to groupthink.

For Sunny Levine, however, things are just a little more interesting and, given his lineage, a career in entertainment was nothing short of expectation. But let’s not dwell on specifics; it’s enough of a challenge to exist as an artist without the incessant comparisons to your predecessors. The right hook here is a portrait of the artist’s success being nothing short of prophetic, and surely enough, Levine would find his bearings long before the 2010s hijacked genre with a knife between its teeth.

Notions had been demonstrating itself as a product of uncompromised vision earlier last month with the release of Shabazz Palaces-featured single, Crime Lords. Compositionally, Levine flips all the switches. Melodic vocals reveal themselves in a tasteful manner as they accompany oscillating whirrs that coalesce with the highly ambient-soundscapes. But we see a murkier side just past the two-minute mark. The inclusion of the Seattle duo channels the track’s fluid arrangement as they pop off with the existential: “I got that snake oil / The only thing that bake when it boils / No plot foils to the story / You swore there was more to it.”

By no-means is it a collaboration anyone should find questionable; you can even ask Levine himself: “It took place over a few sessions,” he said, shedding a little bit of light on their correspondence and scheduling. “It was a nice trade off because I had just done some work for their Quazarz [vs. the Jealous Machines] record, which I think influenced a lot of the material I wrote for Notions,” comments of which echoed during my scavenge through online music forums. The Shabazz and Levine parties overlap at points, acknowledging their understood musical camaraderie.

“I listen to a lot of music, man. I’ve worked with some weirdos,” he laughs, not addressing anyone in particular. He was disarming in a way that artists aren’t. We reminisced on Haunted Graffiti by Ariel Pink, for which he was also a producer. “Y’know, he was one of those artists that was reaching for a lot of different sounds, something of which I appreciated, and the process was more colorful than most.” Other notable names in his address book underline the dynamic scope of his repertoire: Pete Yorn & Scarlett Johansson’s Breakup, as well as a few spots on Mickey Avalon’s eponymous debut. Needless to say, he’s kept busy.

Within the music industry rests an unspoken right of passage, where notable prolificacy has shaped the future of an artist’s career, or at least helped launch their brand. It follows their tours and the high-output is somewhere caught between mania and fanservicing

“Y’know, whatever field you’re in – I just chose music – you’re gonna experience burnout.” You can release ten albums on cassette (for our anti-establishers out there) or you can score a film. “It was absolutely cathartic,” Levine said in regards to scoring Celeste & Jesse Forever back in 2012, between 2008’s Love Rhino and Hush Now in 2013. We discussed how much more a third-party curated soundtrack complements a film’s atmosphere by partnering the visual medium with a notable sonic lure; one that mobilizes the film’s narrative. It feels a little more like a product; something emotive, perhaps with as significant attention drawn to it as the filming itself.

But don’t get it wrong: just because you’ve got high output doesn’t mean you’ve got a profile. Not by a long shot. It’s not a thing you can put a price on. It’s not about numbers. Levine transcending mediums is a profile, with his music career as the catalyzing precursor to an opportunity like scoring a film. Something that is unlike the offspring of these massive personalities, is how well Notions stands on its own; rectifying the ambient disconnect with perfect vocals from a man whose preceding projects have been far and wide, but not like this. We stand as witness to an artist in bloom, without insecurities, proudly re-establishing his presence – this time on a much broader scale.