In this upcoming release, MAST tackles sixteen Monk compositions, including the acclaimed “Round Midnight,” “Blue Monk,” “Straight No Chaser,” “Epistrophy” and “Well You Needn’t.” MAST, aka Tim Conley, pays homage to the significant history of Thelonious Monk and his esteemed compositions while bringing them into the future using modern electronic bleeps, bloops, and beats.

We recently spoke with MAST founder, Tim Conley, by phone on the eve of his performance at the Winter Jazzfest in New York City.

PL: Hey, Tim. Happy New Year. Can you tell us about your latest project?

TC: I just finished a Thelonious Monk tribute album to celebrate his 100th birthday this past year, so for Winter Jazzfest I’m going to basically be performing almost the entire record, which incorporates a lot of electronics and triggering samples, kind of live remixing in the moment. With me I have Mark Allen on soprano and baritone saxophone and Jason Fraticelli on upright bass, Dan Rosenboom on trumpet and Anwar Marshall on drums. We also have a  a special guest, Brian Marsella is going to sit in on the keyboard. 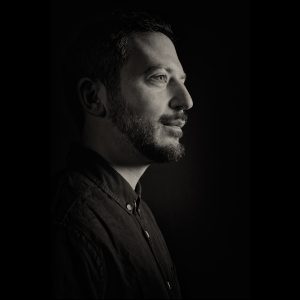 PL: Awesome. Brian is also featured in the “Round Midnight” track as well, right?

TC: Yes, he’s on a few tracks on the album, and he’s one of my favorite keyboardists. It will be great to have him.

PL: Can you tell us a bit more about “Round Midnight” and your re-interpretation of it? I think it’s the most recorded jazz standard of all time. We love your version. Do you want to talk a bit about your vision for that track and the others?

TC: When I went to record the track, there’s so much content there, so it’s not like making another album where you’re composing all the songs from the ground up, it’s a different animal. You’re taking these songs and trying to stay true to what’s amazing about them but also try to make them something that’s never been done before, something new. For that track specifically, “Round Midnight,” I wanted to kind of almost make it this cinematic kind of feeling where it’s a very visual track.

Just the idea of midnight, it’s dark and it’s emotional, so I really tried to say that phonically without lyrics, which can be challenging…but that’s what I was going for. For all the tracks I did a little bit of reharmonizing with the chord progression, but that one specifically I really reharmonized pretty much everything. So, the melody is still the exact melody of the original, but all of the chord progressions are this chromatic line that goes down, and then the melody will still work on top of it, but you have kind of this tension and relief and every other chord is a passing chord that’s just building tension and then releasing on the next one.

PL: Where did you do your recording?

TC: It was all done in LA, for the most part. I have a studio set up in my house and I was able to work with Daddy Kev, who runs the record label Alpha Pup and World Galaxy; he’s got an amazing studio that’s right above the label’s office on the second floor. I went there and tracked all of the horns there and the guitar, and then some of the other musicians that are on the West Coast and Chicago, they were able to record in their studios and their friends’ studios and send the tracks over. I always find it’s so cool that we can do that now. Like when I was a kid in the basement playing with four tracks recorded on tapes, now I can record stuff in my house, and then the other artists record their parts and then sends them to me.

PL: And you commissioned original art for the album as well, right? Can you talk about the artwork? It’s just amazing and I wondered if you could tell us about the artist?

TC: Tokio Aoyama, the first place I saw his artwork was for Josef Leimberg, also on World Galaxy, a great trumpet player and composer and musician. He did the artwork for his last album, and it was so amazing and so cool. I contacted Tokio, who lives in Tokyo, Japan, and just kind of explained the project and what I was doing, and he was really excited about it. I didn’t really tell him too much as far as a direction to take. The only think I kind of said was I didn’t want to be on the cover. I wanted it to just feature Thelonious Monk and don’t draw me in there, because that would be kind of weird. That’s the only direction I gave him, and pretty much what is on the album is what he gave back. There’s no need to critique that or edit it, it’s amazing.

PL: Do you want to talk a bit about your other influences? I know you’re a guitarist by trade.  What else can you share about your process, MAST or your inspirations?

TC: I come from a jazz background. I went to school for music and I majored in guitar performance and composition. I’ve spent most of my adult life studying jazz and performing on guitar, so this whole MAST project has been just another avenue on top of this other musical world that I’ve been living in for so long. I think it’s been a little different whereas a lot of musicians get into electronics, they kind of start from a deejay world and then getting to producing and things like that. I think you’re seeing more and more that with not just jazz musicians but musicians by trade are kind of getting into electronics. I think it’s really exciting when all artists kind of really get into the new technologies that are available. I think that’s where you really start to see art changing and new things being created. As far as my process for MAST, that’s kind of what I’m going for is trying to meld these two worlds of electronic beats and kind of that  club deejay culture with jazz and this high level of musicianship and see how those two worlds kind of mesh together. Historically they kind of don’t really go together that much. That’s definitely what I’m going after.

PL: New York will be a great place for you to perform some of this.  Then you’re headed back to LA, or is there anything else we should take note of for anything else that’s coming up next for you?

TC: Back in LA I have two shows that are pretty quick next to each other. One will be right after the album is released, I’ll be playing at Low EndTheory, and that’s January 31st. Then February 18th is the actual album release party, and that will be at the Bootleg Theater in Los Angeles. That will be a cool night. Chris Alfaro, aka Free the Robot,  is a really cool producer/deejay, he’s going to perform, and Jonah Levine, an amazing trombonist, he’s on the album. He’ll perform with me, but also his project will be performed. Then Elusive is another producer who’s on the record label, he’s going to perform as well. It will be a really cool night.

PL: We love Elusive and recently did a feature on him as well. I think that’s it on my end. Did you have anything else you wanted to highlight?

TC: No, that was great. I think we hit a lot of good spots.

PL: Well thank you so much. Have fun in New York City and at your performance tonight.

#MILDLIFE “The Magnificent Moon” // The Australian band’s debut LP, PHASE, is out on Vinyl & Digital Feb 23