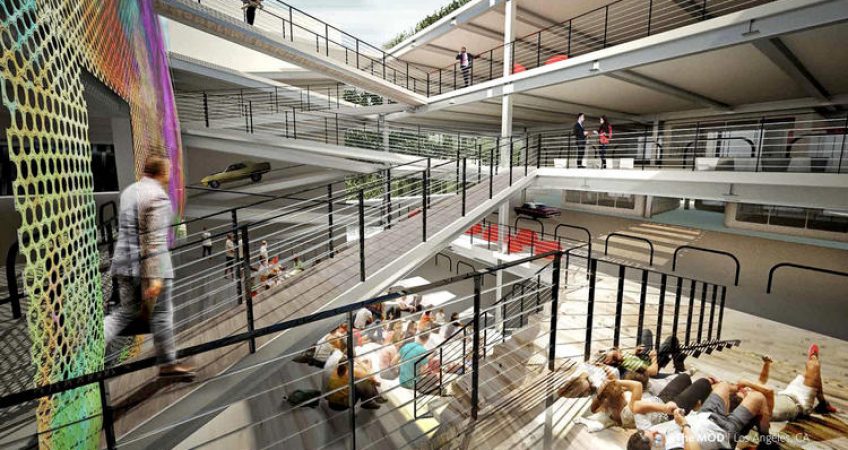 The Future Is In … a Parking Garage?

One of the country’s biggest apartment developers is working on plans for a grand residential complex in downtown Los Angeles that includes what appears to be an ordinary garage. There will be row upon row of lined stalls at street level and two floors underground to store nearly 1, 000 cars of tenants and visitors to the trendy Arts District, where parking is relentlessly hard to find. AvalonBay Communities Inc. has planned the garage for a time when ride-sharing services such as Uber and self-driving taxis whittle down car ownership until parking places become expendable.

The strategy reflects a consensus among some developers and planners that California’s vaunted car culture is inevitably going to run out of gas — as inconceivable as that might be for many adults who have spent decades controlling their own destiny behind the wheel.

Cohen, co-chief executive of architecture firm Gensler, predicts car ownership will peak around 2020 and then start to decline, with more Americans relying on some form of ride-sharing than their own vehicles by 2025.

That means cars gradually would disappear from home garages, curbs and parking structures, freeing up acre upon acre of real estate for new uses.