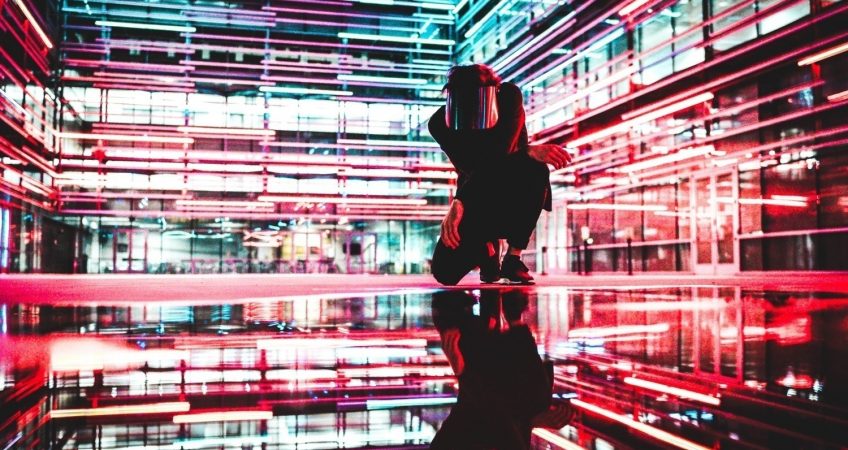 How to See What Data Facebook and Google Have About You

Have Silicon Valley’s biggest companies become too powerful? This series examines monopoly and power in the tech industry — and what, if anything, can be done.

Facebook knows I wear glasses. I mean, it knows exactly what I look like, and can easily identify me in photos. It’s pretty sure I went to summer camp. (I did.) It knows I live in an apartment and if I won the lottery I’d like to fill that apartment with overpriced mid-century modern furniture. And it’s not my only close, intimate friend on the internet. Google can tell you everywhere I’ve been in the last month. It knows what movies I’ve been thinking of seeing. It also probably has a pretty good sense of the state of my immune system.

These companies know me so well because I’ve more or less willingly handed over all this data to them: submitting it to Facebook as profile updates and photos, and to Google as searches on maps or the web. But I’ve always wondered: Which one of my two big, friendly internet giants knows me better?

A big part of what Facebook does with your information revolves around ads, so that was where I started my great data-harvest adventure.

Facebook says it uses a list of a whopping 98 data points, from what kind of credit card (American Express) you use to whether you commute to work (yes, when the trains actually run) to determining how far you live from where you grew up (about a four-hour drive) to target ads to you. A lot of this is information you probably don’t even realize you’ve given them. Who among us can remember every single page we’ve liked or group we’ve joined?

But the thing I always forget is just how good Facebook is at seeing. Facebook breaks down your preferences into categories, like “hobbies and activities,” “family and relationships,” and “lifestyle and culture.” Some of the topics within mine make sense to me — emoji, women’s rights, hiking. Some of them, uh, less so — natural selection, fuel, Bernie Madoff. Unclear what Facebook would want to sell me with that last one. Still, the things it gets right about me far outnumber the bits of information about me it gets wrong. I’m not a brunette. I have no interest in luxury cars. And I’m genuinely befuddled as to why “masculinity” appears under my education preferences. But I am a left-leaning apartment dweller, an iPhone user, and a journalist, with a birthday in March, who spends too much time on Twitter. (I feel so seen!)

On the other hand, Facebook’s algorithm has a tendency to take things very literally. A shot of a plane’s wing indicates my interest in “wing tips,” but when I clicked to see sample ads for that preference, Facebook had nothing to show me — probably because I was interested in an ad for a pair of menswear-inspired shoes, not aviation. I’m not sure how to take that: Facebook knows I like wing tips, but it doesn’t know what wing tips are. Does that mean it knows me better, or worse?

Google makes it a bit easier to see just how much it’s been surveilling you — the company has a handy “My Activity” dashboard where you can see everything you’ve searched, mapped, listened to or watched.

For me, that means Google knows I watched as alt-right YouTuber Baked Alaska livestreamed on YouTube from an In-N-Out parking lotafter he was kicked off Twitter earlier this month. It also knows I watched a few too many YouTube videos of a friend’s new girlfriend doing stand-up comedy. If you’re a Chrome user — I am — you can see all the pages you’ve visited on any given day; if you’re a Gmail user — duh — the same goes for interactions with your inbox.

You can see your ad preferences in Google too, though they’re not as detailed as Facebook’s. You’ll find them under “Ad Settings,”

where Google shows a list of “topics you like” and, if you’ve tweaked your settings at all, “topics you don’t like.” (Google pulls some of these topics from the videos you watch on YouTube.) My list includes things like “pop music,” “TV dramas,” and “news.” I moved “country music” to the “topics you don’t like” column — a few early Taylor Swift videos here and there does not a country fan make. The Google list reads more like a generic understanding of my video tastes and less like Facebook’s strangely specific puzzle of my personality traits.

But location is where Google really shines. The most thorough, and probably most useful, information Google has on me comes from Google Maps. My Activity breaks down your, well, activities by date, so pick a day and you can see all the places I needed to go that day. The address of an upstate New York airbnb. The Brooklyn DMV. The coordinates of a waterfall in northern Iceland. Of course, those are just mapping directions, which don’t necessarily mean I actually went to those places. Though in most cases, I did. Conveniently, and I don’t have any active memory of doing this, I have location tracking turned off for my phone, so

Google doesn’t keep a log every time I go somewhere. Which is a thing it can do, if you’d like. Google would probably like it, too. (I’ve also got Google’s device info storing — things like your contacts and calendar info — turned off, as well as voice/audio activity, which would probably matter more if I had a Google Home or an Android phone.)

On top of checking out your ad preferences, you can use Facebook’s graph searching tool to search for things like “Places visited by [Your Name]” or “Events attended by [Your Name].” (I used Stalkscan — it’s free — which collated all this for me in one place.) I’d thought that Google would easily beat Facebook on knowing where I’ve been, thanks to Google Maps, but looking at all the places you’ve been to — this includes location check-ins and geotags on photos — you start to realize maybe you didn’t need to let Facebook know every time you took a vacation. And there’s something anxiety-inducing about seeing every Facebook event you’ve ever attended, or “attended,” listed and dating back for years. I’d rather not be reminded of the great Gamma Xi stoplight party — wear green if you’re single, red if you’re not, and yellow if you’re somewhere in between — of 2012, but there it was for all the Facebook data-mining world to see. I’d told Facebook where I was, who I was there with, and exactly when I was there. It’s everything your parents wanted to know about you in high school, except instead of telling them, you told a giant company.

So which platform knows “me” better? Having parsed through what info I could get my hands on I think I’ve settled on Facebook being the better surveillance organization. At least for me, personally. Facebook’s got a load of information about places I’ve been, things I “like,” and the real people I interact with online, and subsequently in the real world. Google might know of every dumb question I’ve ever asked, but it’s Facebook that could realistically calendar out the last decade of my life down to the places I went, the people I was with, and what color shirt I was wearing while I was there. The information Facebook has on me is both hyperspecific and generally accurate because, well, I told Facebook everything it wanted to know about me — mostly when I was a teen and not quite wary enough of the dangers of data.

Read the full story on nymag.com