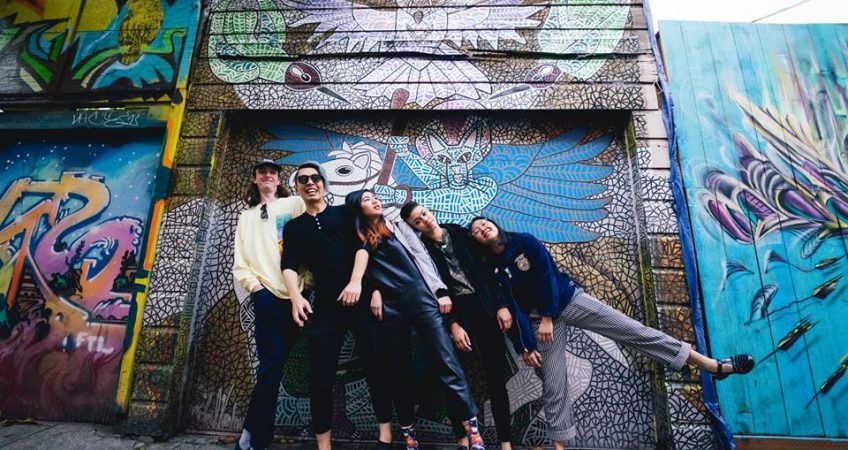 With understated vocal regret, inviting guitar licks and shoegaze/dream pop eloquence the San Francisco band No Vacation nails home a fleeting feeling of remorse and relief on their new EP Intermission. The lead song “Yam Yam” is a ready-made peculiar pop radio darling just waiting to be broken on a national scale. It’s not that this 5-piece band is trolling for over ground adulation.  According to them, they describe their sound as “wavy-gravy dream-pop”. Not such a catchy term. But with “Yam Yam” and “Mind Fields” they have successfully found their unique portal to exquisite whispery pop by sounding oh so specific and untouched by contemporary trickery.

In 2015 the band received a certain level of success and then decided to break up. This 5 song EP, Intermission, marks their return and departure in relocating to Brooklyn. They’re donating a portion of proceeds from the EP to The Trevor Project, The NAACP Legal Defense Fund, and Planned Parenthood.