Earlier this week, Snapchat launched a new augmented reality art exhibiting feature as part of a collaboration with the artist Jeff Koons. ART, as it’s called, will 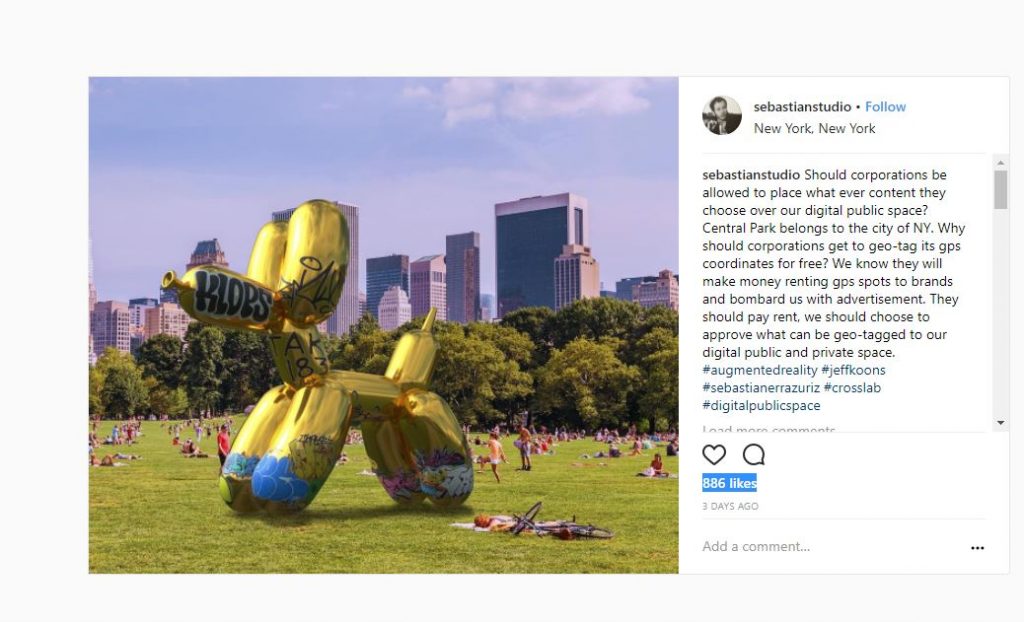 plaster the digital artwork and sculptures of artists into geo-tagged physical locations across the world that viewers can see as a Lens inside the Snapchat app.

There has already been a backlash by some in the artistic community who are skeptical of corporations “putting up” digital art that they could potentially monetize wherever they would like. As a way to spark the conversation, earlier this week a group of New York-based artists mocked-up a “vandalized” version of Jeff Koon’s AR Balloon Dog. To be fair, this is a patently 2017 issue to have, but also one that we will definitely have conversation build around it as we question the ownership of physical digital locations.

The group didn’t hack Snap’s servers to vandalize the sculpture, the work is more simply a 3D digital recreation of the work placed on top of a photo of the same geo-tagged location as Koons’ work.