Tech That Will Change Your Life in 2021

New ways to work, exercise, see the doctor, watch movies and sanitize every surface in sight will continue to proliferate. So will monthly subscription fees. You may even end up wearing a social-distancing sweater.

Not even the best of futurists or Magic 8 ball-shaking psychics could have predicted the year that was 2020. Now, 2020 has become the lens through which all our 2021 predictions are glimpsed. As we continue to live in a pandemic-fighting world, innovators will aim tech solutions at our personal and professional lives, from at-home streaming movie debuts to an overdue evolutionary leap of the laptop. But we will also strive to reach a new normal, and you’ll see technology helping us there, too, from new hybrid work practices to high-tech masks. And accompanying each new product or service: yet another monthly subscription fee.
Now that we’ve rung in the new year, here’s what to look for. 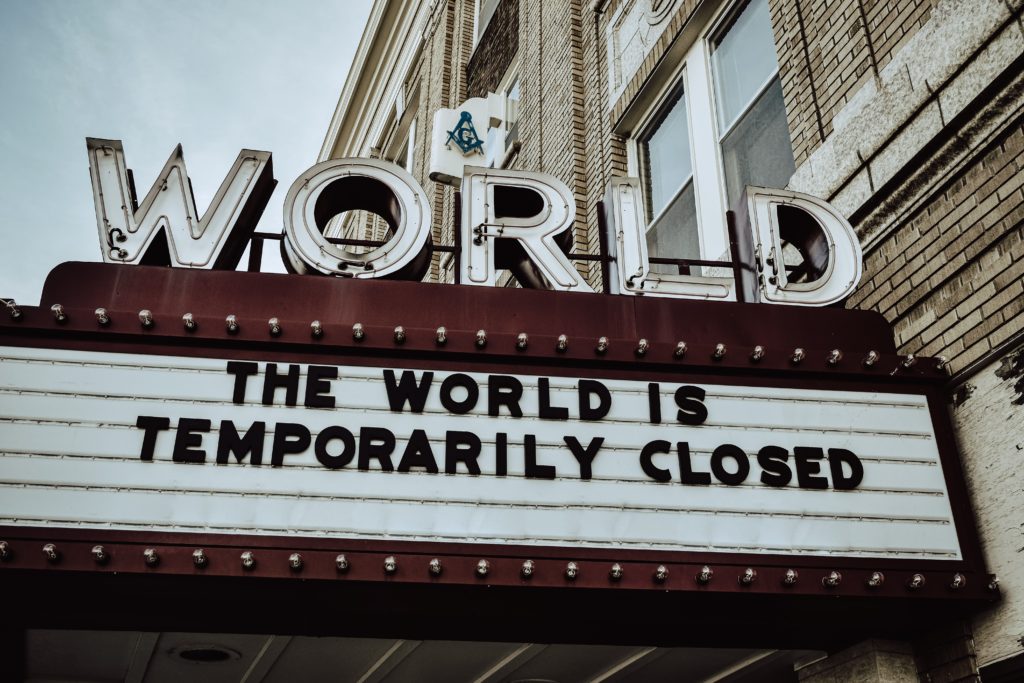 Masks, webcams and sanitizers for our bodies… and our gadgets.

The pandemic sparked a reliance on things our 2019 selves couldn’t ever have imagined. With marketers keen to capitalize on the new interest (and anxiety), 2021 will likely be full of new gizmos that boldly promise to improve it all.

One key area: better webcams for our constant video calling. Samsung has already announced that its forthcoming Galaxy smartphone, expected in early 2021, will improve video recording and calling. We anticipate laptop makers will do the same and finally ditch their crappy, low-resolution webcams.
Portable versions of UV sanitizers for cleaning your phones and gadgets are on the way to keep in your car or your pocket. Another thing we may eventually never leave home without? High-tech masks. Expect a range of built-in features: Bluetooth and microphones (see Maskfone), a fan-powered wearable air purifier (see LG PuriCare), a mask with a UV LED (see the UV Mask). Look for air-quality sensors, contact-tracing assistance and more.

You may even end up wearing a social-distancing sweater. SimpliSafe, a home-security company, made a version that sounds an alarm when someone comes within 6 feet of you. Intended as a fun prototype, the sweater sold out immediately. 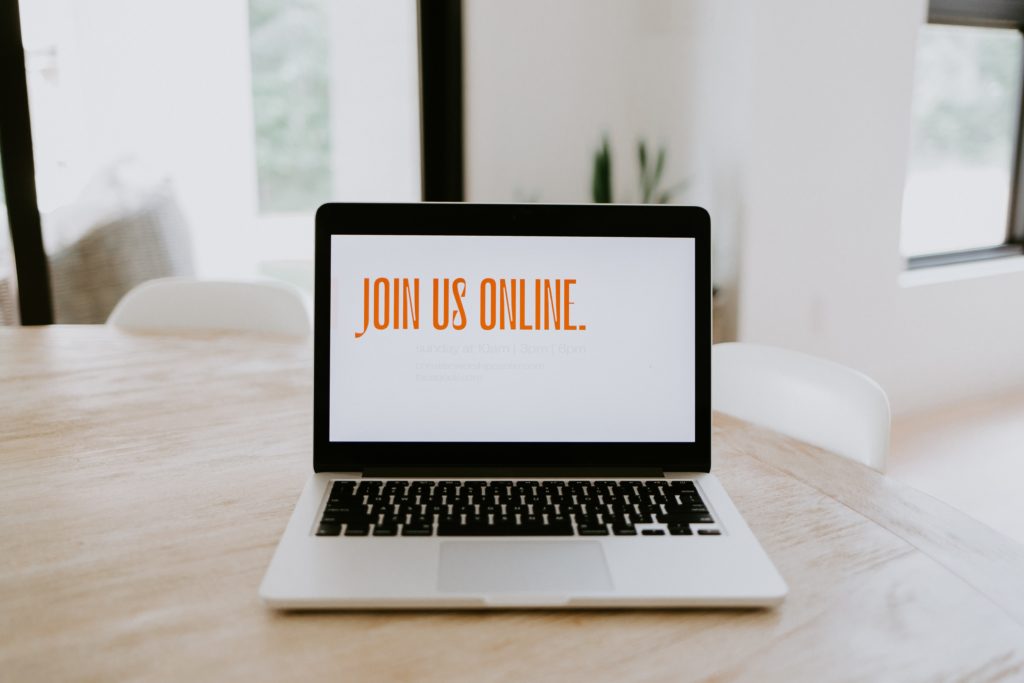 Suddenly, laptops aren’t the most boring gadget in the world. Our reliance on them for at-home work and school spurred demand the category hadn’t seen in years. (“Children, let me tell you about the Great Chromebook Shortage of 2020.”) Then, in November, Apple released a MacBook Air and MacBook Pro that ditched Intel inside for Apple’s own M1 chips. The result? Machines that have never been so quiet and cool, and lasted so long on one charge.

The move from chips based on Intel’s x86 architecture to ones based on lower-powered Arm technology, like the ones inside phones, is setting the entire computing industry on a new course. Lenovo, Acer and Microsoft have begun releasing Windows or Chrome OS laptops with chips from Qualcomm, whose processors power the most popular Android phones. This will only accelerate in the coming year, with nearly every major Windows PC maker working with Qualcomm on laptops and some models even gaining 5G, said Qualcomm President Cristiano Amon.

Apple, which plans to transition its entire Mac lineup to its own processors by 2022, is also expected to release a long-anticipated new iMac, among other things. And it won’t come as a surprise when more tech giants, including Amazon and Microsoft, embrace their own custom chips in everything from laptops to servers to wearables. 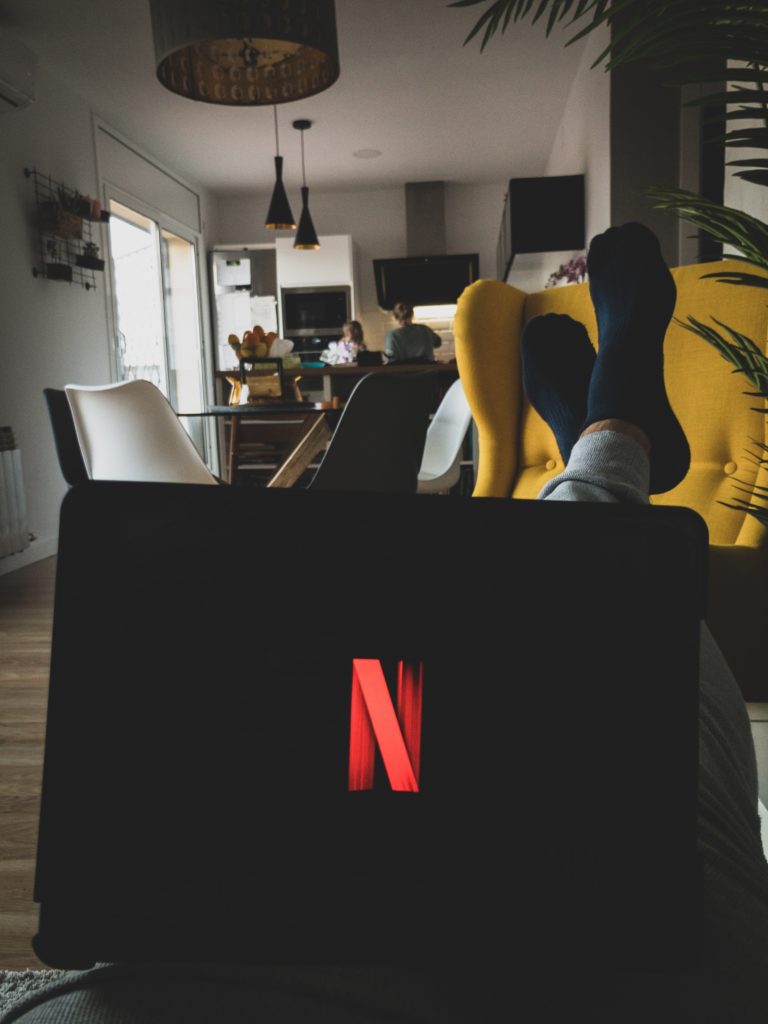 Many of this year’s top films are hitting living rooms at the same time as theaters. Yep, that means watching “Dune” opening weekend in your PJs. (Woohoo!)
In April, Universal Pictures made “Trolls World Tour” an online rental as theaters closed. Unexpectedly, it broke digital records, racking up $100 million through platforms such as Apple TV. Then Disney made a big bet on “Mulan,” launching the title on the company’s Disney+ streaming service for an additional $30 a pop. Following the Christmas release of “Wonder Woman 1984” to all HBO Max subscribers (with no extra fees), WarnerMedia plans to release its entire 2021 slate on the online platform.

Netflix has long adhered to this model, and now Hollywood is catching on, more out of necessity than out of desire. AMC reported attendance is down 85% year over year and Regal Cinemas, the second-largest theater chain in the U.S., closed all of its locations nationwide.
The director of “Dune,” slated for an HBO Max debut in the fall, wrote a scathing op-ed about how streaming alone can’t sustain the film industry. Yet the studios’ digitally minded parent companies, including Comcast, AT&T and Disney, might disagree, finding themselves in possession of the primary distribution channel for their content—and the valuable proprietary viewer data that comes with it.

When will Apple release a pair of smart glasses? Probably not 2021. And while Google made a big step in this category this summer by acquiring North, a pioneer in projection glasses, it canceled the second version of North’s glasses as it plots its future. It’s actually Facebook that declared it will launch smart glasses in 2021—and they’ll be Ray Bans.

Facebook Chief Executive Mark Zuckerberg said in September these glasses will be “the next step on the road to augmented reality.” They won’t feature virtual objects that appear to interact with the real world. AR headsets like Microsoft’s HoloLens might deliver an immersive experience, but they’re still expensive and cumbersome.

“Assisted reality” glasses—which project text, images and even video feeds into a person’s field of view—are of more value now, says Brian Ballard, CEO of remote-expertise company Upskill. Businesses have found utility in remote video conferencing that hovers in workers’ field of view, or turn-by-turn directions they don’t have to look down to follow.

Everything now has some sort of subscription attached to it. Your 600 video streaming apps, your grocery-delivery service, your cloud storage, certainly, but also your workout bike? Your to-do list app? Your dog food? Everything as a Service (EaaS), as we like to call it, is only going to continue. More things you once bought as a one-time payment will be offered instead as a recurring payment. And expect new sorts of service-focused offerings, too—especially tied to your hardware purchases. If Apple’s Fitness+—a new digital workout subscription that requires an Apple Watch—is successful, Apple and other hardware makers will likely attach more services to their products.

Those subscriptions you’re already paying for will continue to rise. Companies argue you need to pay more so they can add more content and features. In June, YouTube TV raised its cable-like bundle by $15. In October, Netflix raised its most popular streaming plan from $12.99 to $13.99. In November, Google eliminated its free Google Photos storage tier. And Disney announced that in March, the monthly price of Disney+ will go from $6.99 to $7.99.

Return of the Trust Fall

While remote work has many advantages, building trust between employees isn’t one of them. Online, there is no water cooler, no nearby coffee shop for informal brainstorms, no place to grab a drink after work. But companies whose employees worked remotely long before the pandemic already had a solution: the off-site retreat.

Buffer, a fully remote company, gets its entire, globe-spanning team together at least once a year. Dozens of other companies whose employees work mostly or entirely at home do the same thing, which has led to a cottage industry of firms that will plan these retreats for you.
One reason companies have embraced remote work is that it makes employees happier, but another is that it saves companies money on office space. In 2021, expect to see many of the millions of employees who have permanently shifted to remote or hybrid work piling into party buses, doing group yoga and seeking inner peace in the presence of their bosses—for far less than the cost of the rent on the offices they left behind.

Look, electric vehicles are cool, but few bear any resemblance to good old Detroit steel. That changes in 2021 with the anticipated arrival of some green beasts.
This summer, startup Rivian expects to ship the already-sold-out launch editions of its first-generation R1T pickup and R1S SUV, machines with ranges of over 300 miles and price tags starting around $70,000.
Then there’s the GMC Hummer EV pickup, due in the fall from General Motors. Reservations are already full for the $112,595-and-up Edition 1, which is billed to have a range of over 350 miles and can do zero-to-60 in about 3 seconds. Lower-tier trims will be available in subsequent years, though true to form, the prices will stay on the big side.

Ford expects to have its own battery-powered monster, the F-150 Electric, on sale in mid-2022. Back in pre-pandemic times, the company filmed a prototype towing over a million pounds. And sometime in late 2021 or early 2022, we might even see Tesla’s Cybertruck.
Those may be the biggest consumer vehicles coming to market, but they’re not the only ones working to up the EV’s average size. This past year brought battery-powered SUVs from the likes of Toyota, Audi and Jaguar, and the trend will continue: In 2021, more than half of the battery-electric and plug-in hybrid options on the U.S. market will be SUVs—82 models total, as opposed to 66 passenger-car models, according to forecasts by AlixPartners, a global consulting firm.