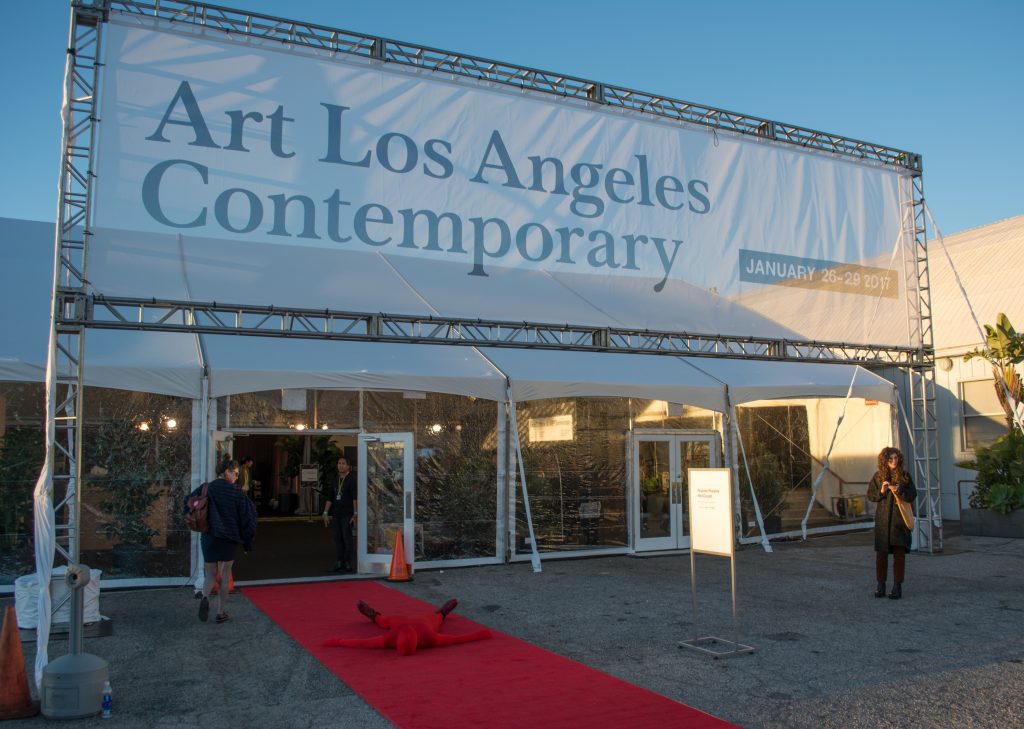 Art Los Angeles Contemporary, the International Contemporary Art fair of the West Coast, was held January 26-29, 2017 at Barker Hanger in Santa Monica, California. The fair presented top established and emerging galleries from around the world, with a strong focus on Los Angeles galleries.

LA’s Puppies Puppies opened the ALAC  Preview on Thursday, January 26th with a performance titled “Red Carpet.”  Puppies Puppies culls from the realm of entertainment and children’s programming in his surreal and unsettling explorations into the psychological realm of the readymade. Much of his work plays in the space between lower, mass-market forms of pop culture and the elevated place of fine art, having used Minions, Snapple bottles, Voldemort and Gollum in previous presentations. 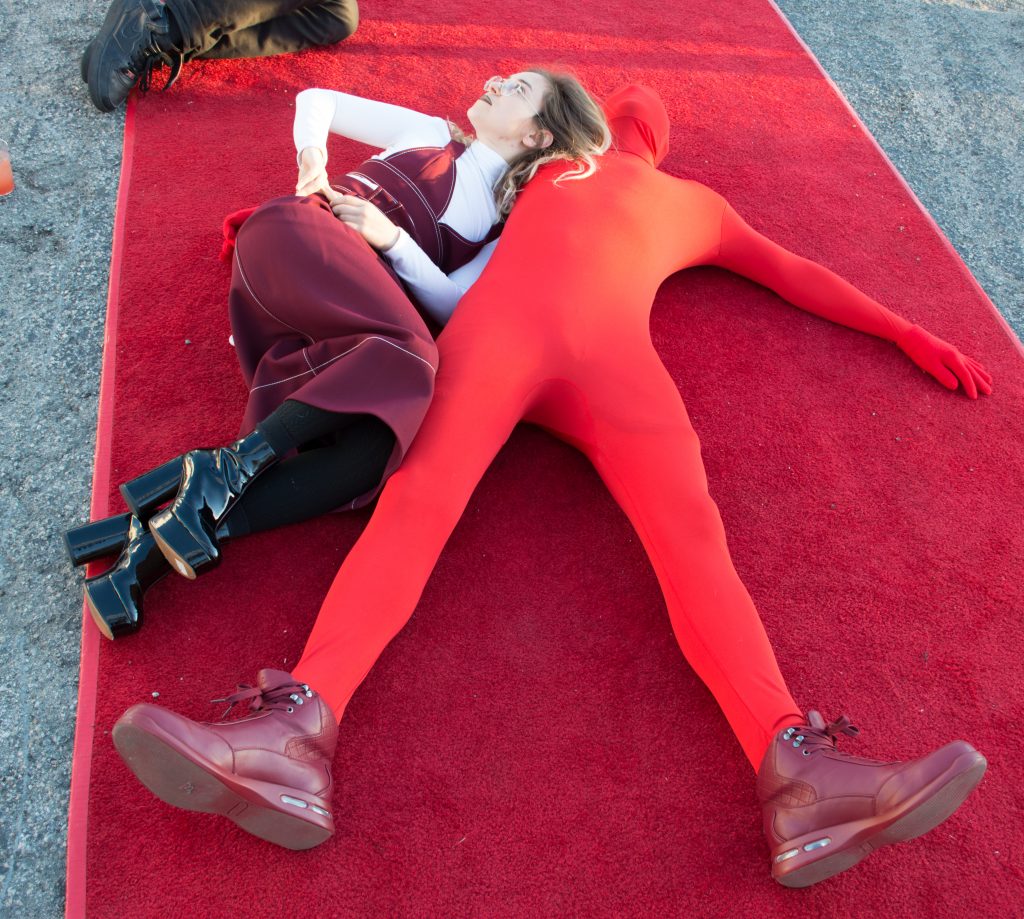 Puppies Puppies, “Red Carpet” performance at the main entrance to the Barker Hanger on Opening Night. 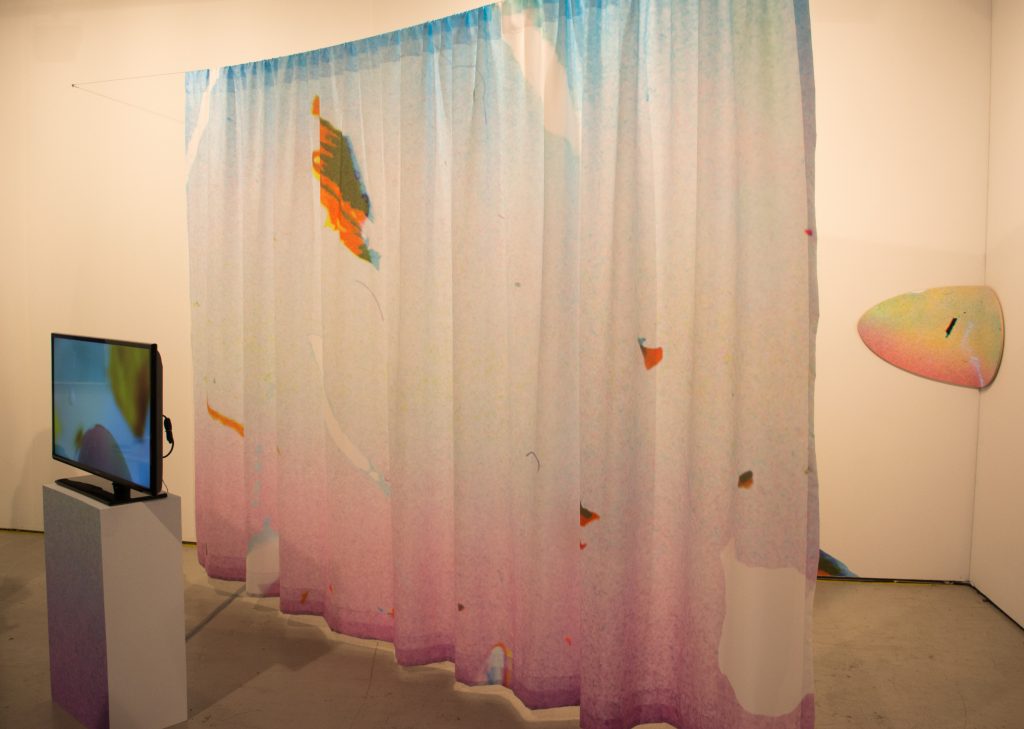 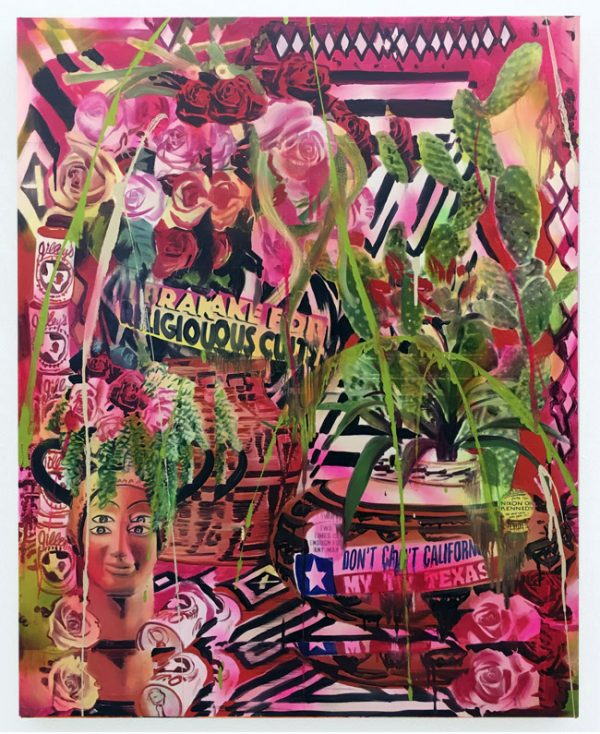 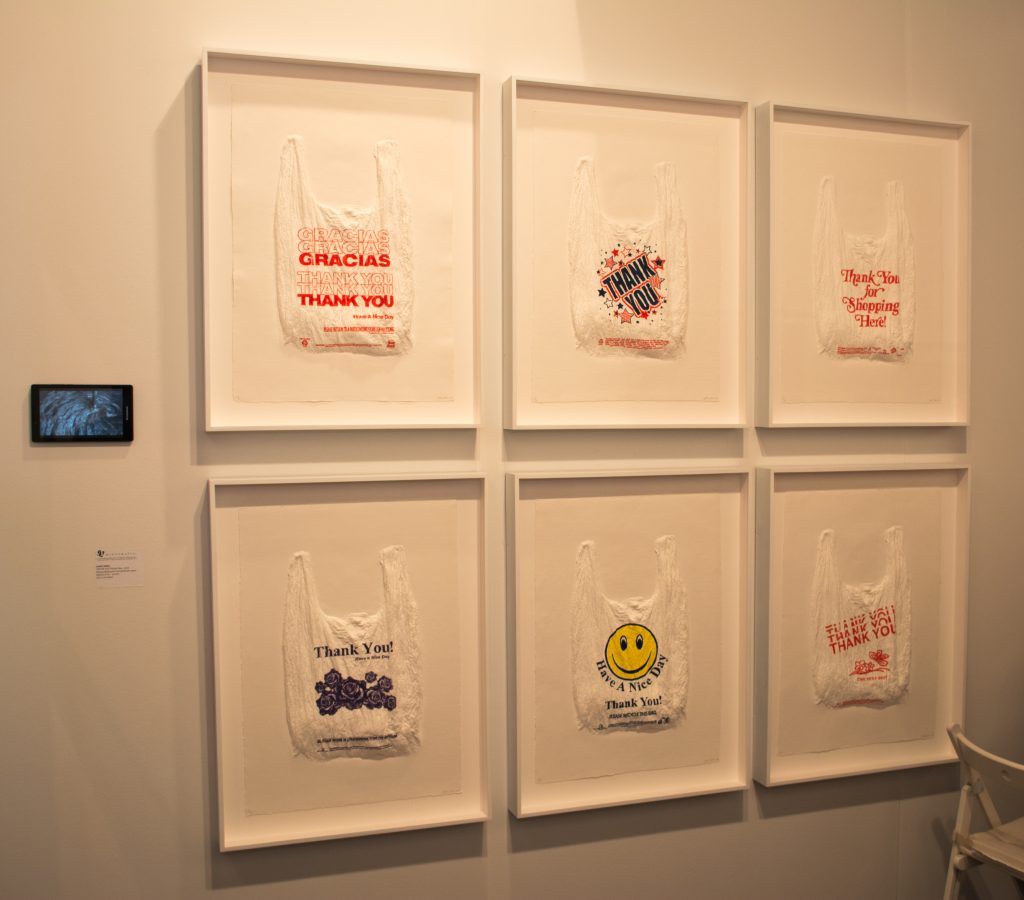 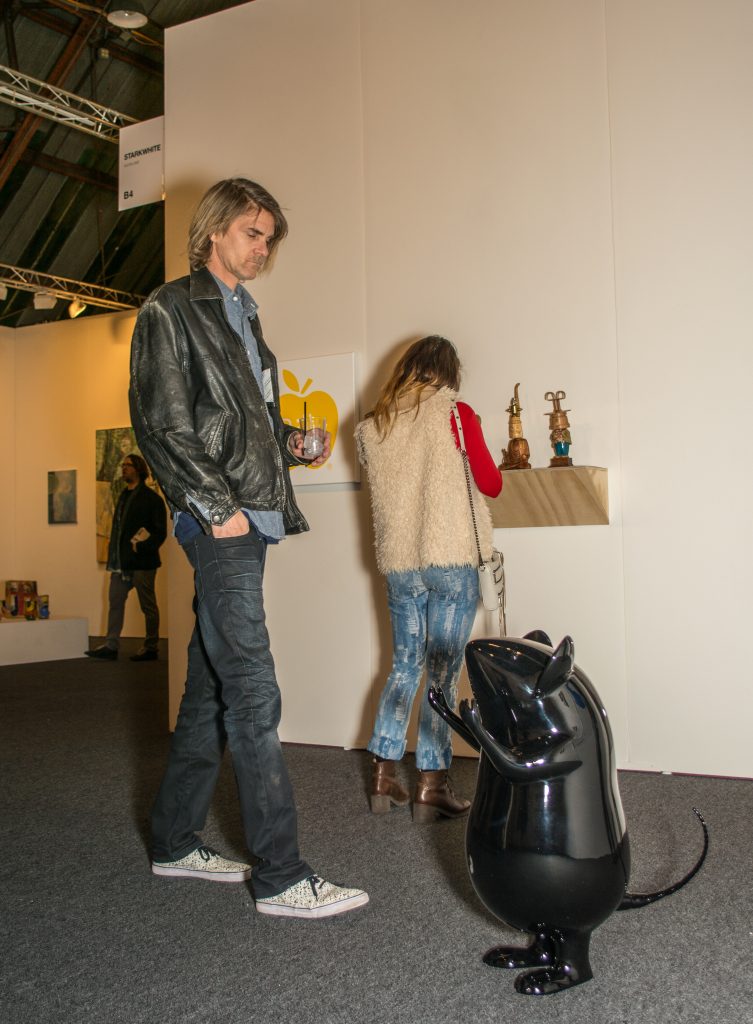 The Best VR From Sundance 2017