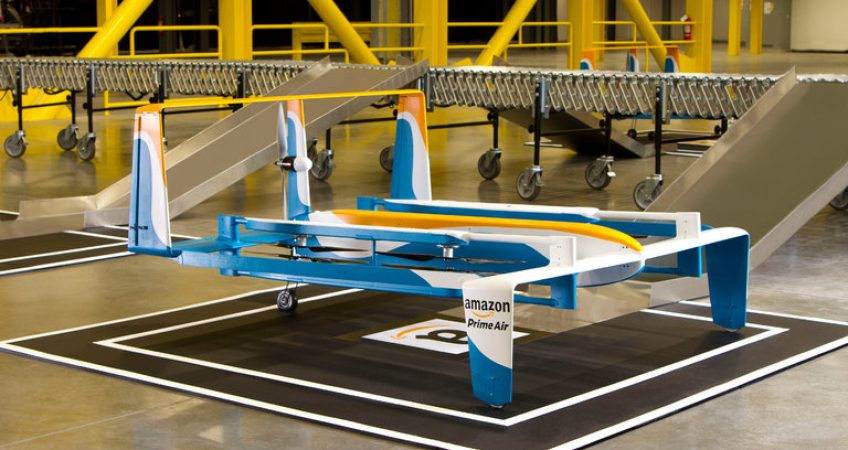 Amazon is the most obscure large company in the tech industry.

It isn’t just secretive, the way Apple is, but in a deeper sense, Jeff Bezos’ e-commerce and cloud-storage giant is opaque. Amazon rarely explains either its near-term tactical aims or its long-term strategic vision. It values surprise.

Over the last few years, Amazon has left a trail of clues suggesting that it is radically altering how it delivers goods. Among other moves, it has set up its own fleet of trucks; introduced an Uber-like crowdsourced delivery service; built many robot-powered warehouses; and continued to invest in a far-out plan to use drones for delivery. It made another splash last week, when it showed off an Amazon-branded Boeing 767 airplane, one of more than 40 in its planned fleet.

So what’s Amazon’s ultimate aim in delivery? After talking to analysts, partners and competitors, and prying some very minimal input from Amazon itself, I suspect the company has a two-tiered vision for the future of shipping.