This Is Your Brain On VR

Excerpt from CNET
Cartoon bunnies are hacking your brain 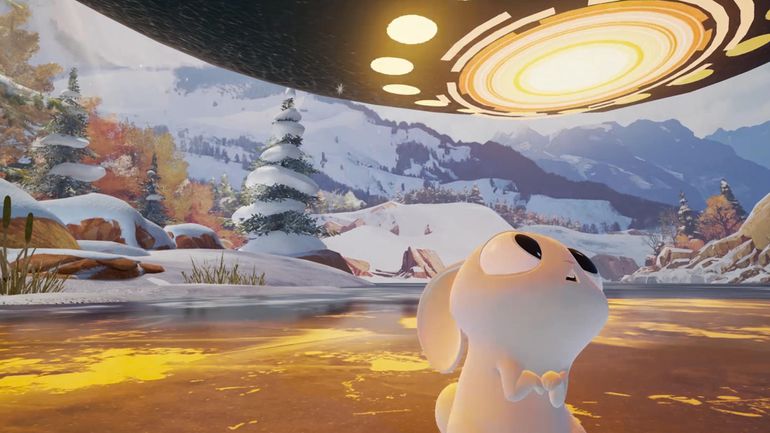 VR, which relies on audio-visual headsets that you strap over your eyes to immerse you in a digital world, is being hailed as one of the tech’s industry’ next big things. Companies like Google, Facebook  and Samsung are investing billions of dollars to figure out how to make VR stories, games and apps compelling enough to convince you to spend $80 to $800 for one of their headsets. For animators, including startups like 2-year-old Baobab, VR marks the first new medium since 1995, when Pixar released its ground-breaking, computer-generated feature film, “Toy Story.”

“It’s a way to animate directly to another single human being,” says Alvy Ray Smith, who co-founded Pixar with Edwin Catmull in 1986 and now sits on Baobab’s board of advisers.

That’s because VR triggers human responses — both psychological and neurological — unlike any medium that came before it. It goes beyond the pounding of your heart during a movie’s car chase or the sniffles you try to hide when a TV show’s protagonists finally find true love.

With VR, you can look down and see yourself in a different body. Take a step forward and your vantage point shifts as it would in real life. The effect goes beyond the novelty of watching your bunny belly bulge when you squat. Embodying an animal in a virtual environment can trick you into feeling physical prods that aren’t there and even enhance your connectedness with nature. Characters — humans, aliens, animals and other creatures imagined by animators — look you straight in the eye as if they’re actually seeing you.

Like most people who’ve tested VR, I’ve felt uncomfortable rubbernecking my head in circles, mouth agape, with a clunky black box cinched to my face. I know I look silly in the photos people snap while I’m in VR land. But in a few years, we might be spending more of our money on virtual reality than on music worldwide.

This is your brain on VR

An evolving body of science suggests this kind of immersion and interaction fires up your brain in ways a big-screen movie or a book can’t. That’s allowing studios like Baobab to drive the art of storytelling.

Baobab’s “smart” animation gets into your head

In Baobab’s case, it’s with help from bouncy bunnies, zany aliens and a bashful skunk. When Chloe the white bunny hops up to you in “Asteroids” and twitches her pink nose to sniff you, she’s subtly mimicking your own movements in the same way two people on a good first date mirror body language. You may not realize it, but Chloe’s subconsciously signaling “I’m into you.”

“We’re trying to see, can we get you to forget about the interface and feel as though it’s completely real?” says Maureen Fan, Baobab’s co-founder and CEO.  “You feel like [Chloe’s] so real, you actually really love her.”

Research by Stanford University suggests that kind of flirtation has the same effect in virtual reality as it does in real life. And when you remember an experience in VR, your brain’s hippocampus — believed to regulate emotion and memory — lights up just as it does with real recollections.

VR animation fools the instinctive, “reptilian” part of your brain into thinking a story’s characters are actually real. That in turn forges an emotional connection with them. By tricking your subconscious, Baobab is hacking its VR-powered tales more deeply into your head.

What does that mean for you and me?

Imagine walking through a deserted park at sunrise when you spot a girl, too young to be by herself, crying on a bench.

If you’re seeing her in a film, your heart may go out to her, but you don’t take any action inside the darkened theater except maybe to munch on more popcorn. If you see her in a video game, you might talk to her because she could be part of your quest. If you see her in the real world, you’d probably feel compelled to help her. In real life, you know the stakes are higher.

That’s how Eric Darnell, a co-founder of Baobab and its chief creative officer, explains the new interactive format:
It combines the participation of actual reality and gaming, the bigger-than-life stories of games and cinema, and the empathy of film and real life. “You can take those three things — film and games and real life — and make a little Venn diagram,” Darnell tells me. “Right in the middle, I think, is VR.”