“I grew up in Seattle, which helped make me a musician. I had to stay inside writing because of all the rain.”
— Quincy Jones, Upstream Festival Keynote Speaker 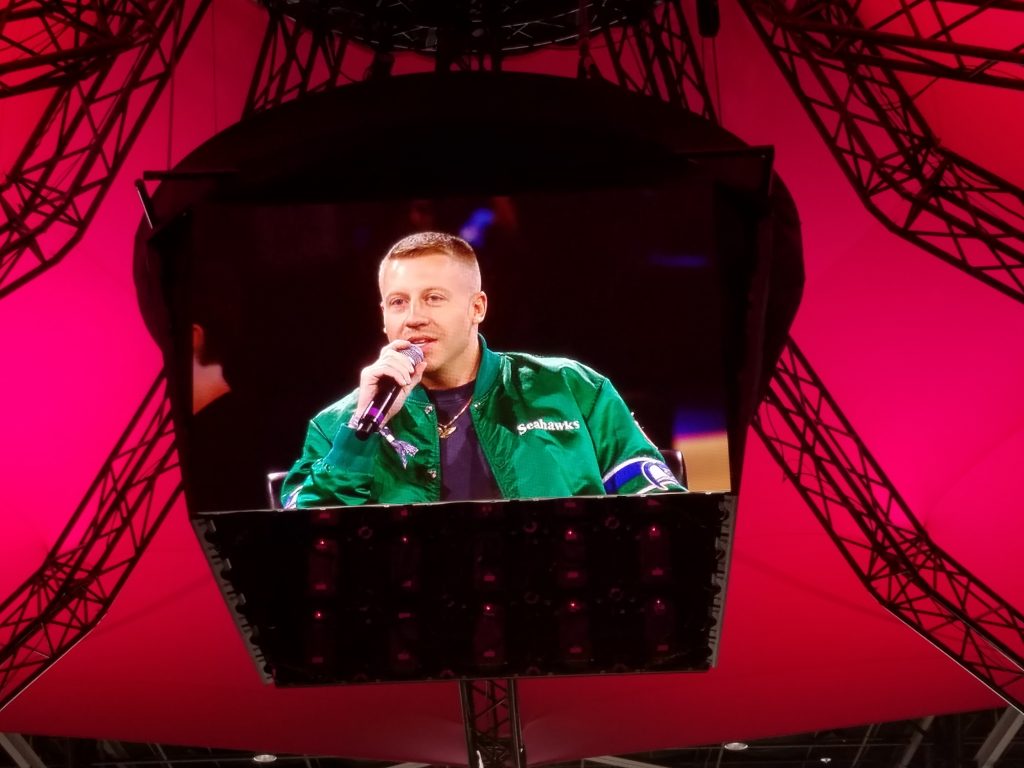 and Macklemore, 24 breakout sessions, and the opportunity to book “Braindates” (one-on-one conversations) with cultural leaders representing artists, the music industry and technology. The summit was folllowed by performances from 360 bands featuring a diverse mix of rock, hip-hop, electronic, pop, R&B, soul, jazz, folk and more.

Notably, during the three-day event, more than 70% of attendees downloaded the Upstream app and spent on average 42 minutes in the mobile app.

#GetReal
Joleen Winter Hughes
, entertainment lawyer and former artist manager/club promoter during the height of 90’s grunge, whose acts included Pearl Jam and Soundgarden (RIP Chris Cornell), moderated a panel on how to survive as as creator in the digital age.  She was joined by emerging Seattle artist Ayron Rones and the legendary Seattle drummer Barrett Martin of the Screaming Trees, who spoke to the impassioned crowd on topics ranging from protecting creators’ rights to social media distribution to touring.

#RemixCulture: Unlocking the greater value of musicians through technology and #Superfans

“The value space is in midd 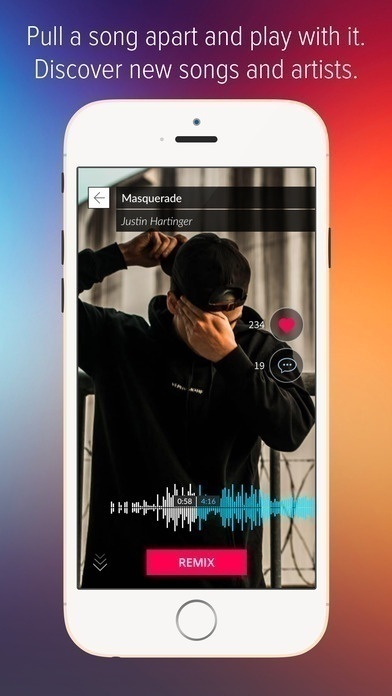 le where consumers are creators,” said 8Stem Founder and CEO Adam Farish, speaking at the Upstream Startup Showcase Streaming and Beyond.  We caught up with with 8Stem co-founder and Creative Director, Bruce Pavitt (Sub Pop), and got his perspective on 8Stem, an interactive music format, remix app, and social platform, as a new paradigm record label.

PL: Who is your target audience? Do you think it’s mostly musicians? Or?

BP: No, it’s mostly not musicians. It’s mostly what we call – in the industry – superfans. My perspective is, there are four levels to the music industry: There are fans, super fans, amateur artists and professionals, who have quit their day job. And where I’ve always hung out, where I find things the most interesting, is that space between the super fan and the amateur because it’s just a small step between super fan and like, “I’m gonna get on stage with a guitar” kind of thing. And this app is for super fans who want to engage and have a creative, collaborative relationship with the artists. Next thing you know, they may become more of a professional remixer DJ. So it’s a small step between super fans and amateur artists and that, to me, the area where there’s the most creative friction.

PL: I sat in on the panel yesterday and I heard Adam describe the app as kind of an Instagram of the music world, with the same concept of many filters that consumers can use to become creators.

PL: That’s awesome. So what about brand integration?

BP: We are already doing it. We’ve co-branded with Upstream and in this case we have a remix contest where the winner gets two 3 day VIP passes to Sasquatch Music Festival. There is an opportunity for brands do a custom remix for their own customers and superfans.  Or you could work specifically with a label. Let’s say Sub Pop Records wants to put in 50 of their top tracks where you could do mash-ups and Sub Pop stuff. You could do that exclusively.

PL: How do you approach the licensing piece of this?

BP: Good question.  Our approach at this point in time is essentially to work with emerging artists who are good and sometimes they already have established reputations through other labels but they are sitting on some of their own music. Our strategy is to create something that’s so cool that eventually Kanye West will be like, “Damn it, I want in on that.” And I use Burning Man as kind of an example of how- you know, when it first started it was like a couple hundred naked people walking around on ecstasy in the desert. They didn’t say “Let’s raise a million dollars and get Kanye West to play Burning Man.” They were like, “No, we’re just gonna cultivate this for our community, something that’s special, something that’s cool, something that’s really engaging, something that’s truly awesome and at some point in time, Kanye West will pay to come here.” Okay? True story. That’s exactly how it works, so our focus is just trying to create the most exciting user experience that we can for fans. And that eventually larger artists are going to start coming to us.

Check out the 8Stem app here