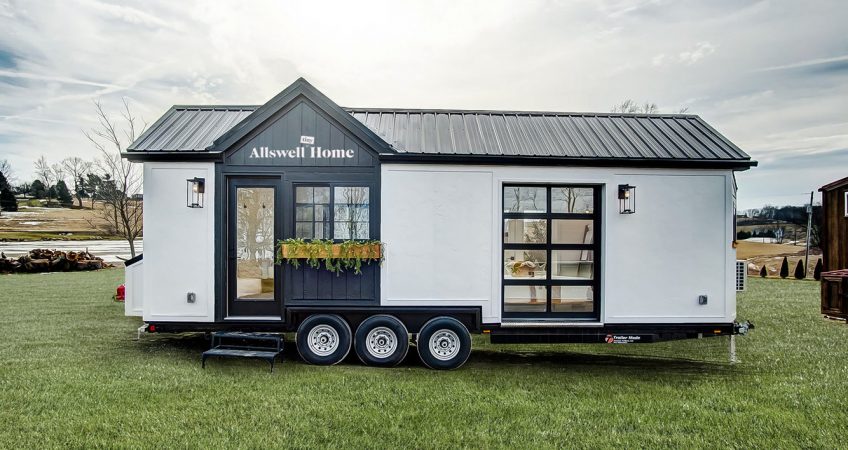 Walmart’s first digitally native brand, Allswell sells its products only online (and in its tiny-home store).

Tiny homes have caught on for several reasons. They can conserve energy, save on mortgage costs, and encourage a more mobile lifestyle. Most recently, they’ve become a popular branding technique for major companies.

In November, Dunkin’ Donuts unveiled a tiny home that ran almost entirely on coffee. The home was briefly listed on Airbnb for $10 a night, and guests were offered an unlimited supply of Dunkin’ roasts.

On Thursday, the brand began offering tours of its tiny home — with a bedroom, a kitchen, a bathroom, and a living room — in New York City. People can test the mattresses and bedding, with the option to purchase items on-site and have them shipped to their home.

The tiny home will soon make its way across the country, stopping in cities like Philadelphia, Nashville, Los Angeles, and San Francisco. Allswell is also selling one tiny-home model for $100,000.

Takeaway:  There’s evidence that the current tiny home renaissance is just the first wave in a much broader micro movement. That’s because the surge of interest in micro homes is rooted in socioeconomic trends that go far beyond a passing fascination with clever design and fold-up furniture. Mortgages and rent consume an ever-greater proportion of income; quality, attainable housing is dwindling; urban populations are growing; half the US population is single; a quarter of the population lives alone; and younger generations want flexibility instead of 30-year mortgages. The way we think about “home” is primed for change and well-designed small dwellings are a critical part of the shift.

The home’s kitchen includes a farmhouse sink and a sizable refrigerator.

The custom-built couch converts into a twin daybed.

There’s even enough room for a washing machine.

Davich said the home is coated in a spray that protects against moisture and heat.

The spray is designed to conserve energy by preventing air from escaping.

It also comes with a shower — a rarity among tiny dwellings.

Davich said the brand had already received inquiries from people wanting to purchase the home.

One wealthy woman wanted to use it as a suite for her in-laws in the Hamptons.

Another young couple wanted to give up their New York apartment in favor of life on the road.