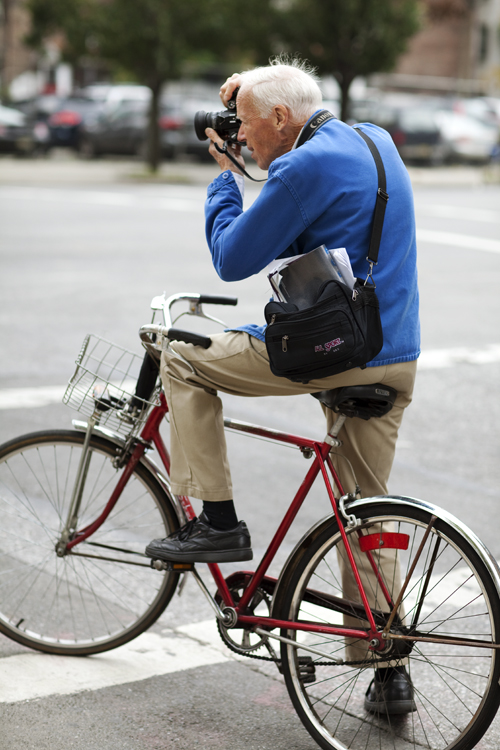 Bill Cunningham is, in all and more than the meaning of the word flâneur, as coined by Charles Beaudelaire. The camera that arms him captures the public’s “garbed” yet candid, non-verbal expressions on the streets. Since 1978, his photographic mosaic on newsprint has inspired domestic and international publications to follow suit. The Metropolitan Report section of The New York Times featured head-to-toe portraits and descriptions of high society notables that include Marella Agnelli, Countess Conseulo Crespi, Greta Garbo, Patricia Kennedy Lawford, Stanley Marcus, Paloma Picasso, and Gloria Vanderbilt. This spread catapulted his status as the street style photographer. Today, Cunningham’s work graces the Style section called, On The Street and Evening Hours. 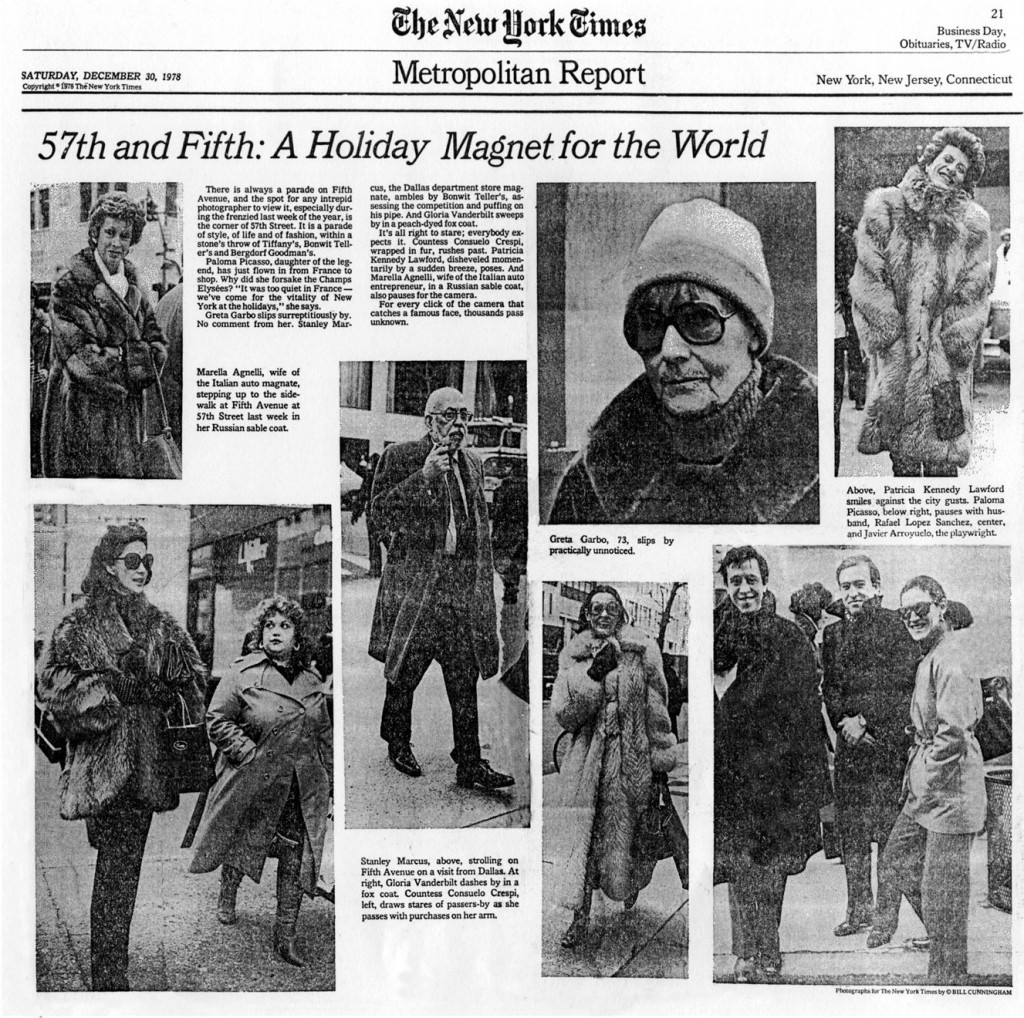 Some of the publications that feature multiple cladded city dwellers in their environment include Harper’s Bazaar, Nylon Magazine, Vice Magazine, and FRUiTS. Although the perspective on the full body portraiture of street style photography season after season, has not changed, the distribution of these images have. The photographer Scott Schuman of The Satorialist and Phil Oh of Street Peeper provide a robust view of what people are wearing across the globe. Moreover, the public began to realize and actualize their sense of style on Lookbook.nu, where they share their self-portraits with fellow online community members. The immense amount of images become a rich archive that can fill pages of a book. For instance, Japanese photographer Shoichi Aoki shocked the West with images of Japanese suburban youth’s hyper-manga style, depicted in the book titled the same as its source zine, FRUiTS. 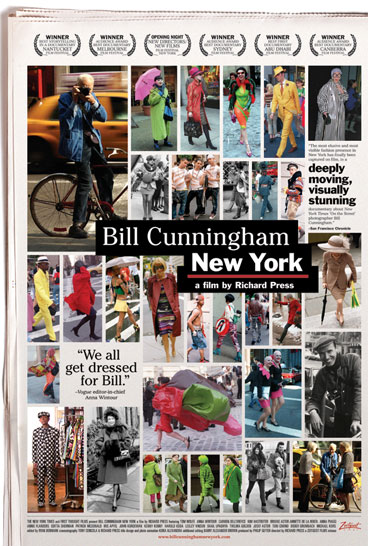 From newspapers, magazines, zines, blogs, and socially active sites to books, the camera is pointed from the subject to the photographer. In 2010, Richard Press’ documentary, Bill Cunningham New York was released. This feature film was the director’s debut that took 10 years to produce. The story portrayed a glimpse of the public and private life of a former resident of Carnegie Hall studios, an 82 year old photographer, on and off the streets. Cunningham’s modest life is embodied in $3 dollar lunches, a red Schwinn bicycle and a “royal blue workman’s jacket worn by Parisian street sweepers.” Ironically, his simplicity and honesty has attracted affluent and influential individuals like Brooke Astor, David Rockefeller, Anna Wintour, and Tom Wolfe. For many decades, despite his proximity to economic and cultural wealth, he has kept the integrity of his creativity.

See, if you don’t take money, they can’t tell you what to do. That’s the key to the whole thing.
– Bill Cunningham 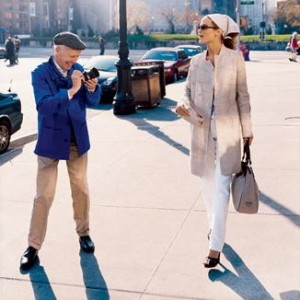 The Year of the ForceField