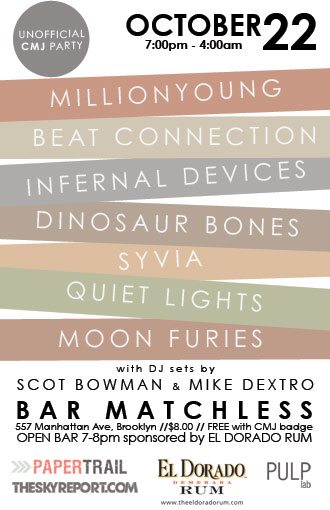 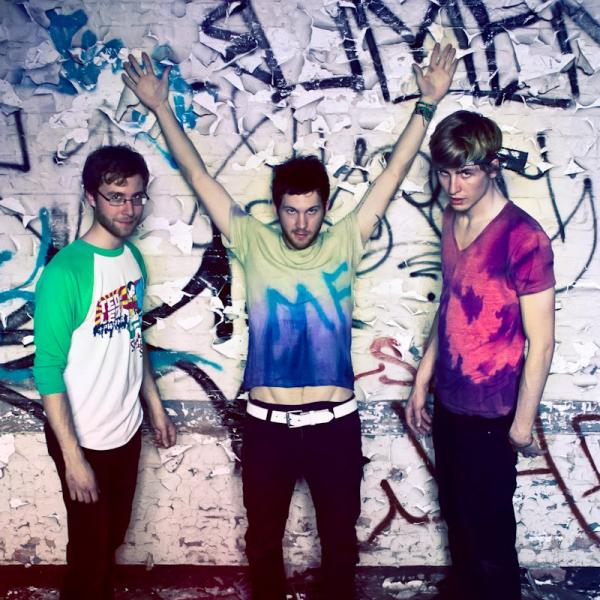 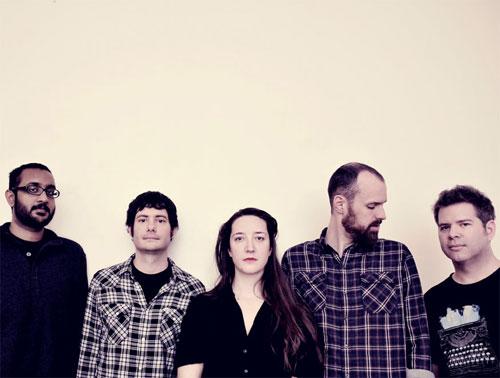 Turning things down a notch, Quiet Lights’ chill-wave vibe will transform the venue into a dreamy fantasyland. “If the sounds of Sigur Ros andMGMT were to softly collide, you’d have the ethereal waves of Quiet Lights…emotive music at its best” – NYLON Magazine.
[soundcloud url=”http://api.soundcloud.com/tracks/16227553″ params=”show_comments=true&auto_play=false&color=000000″ width=”100%” height=”81″ ] 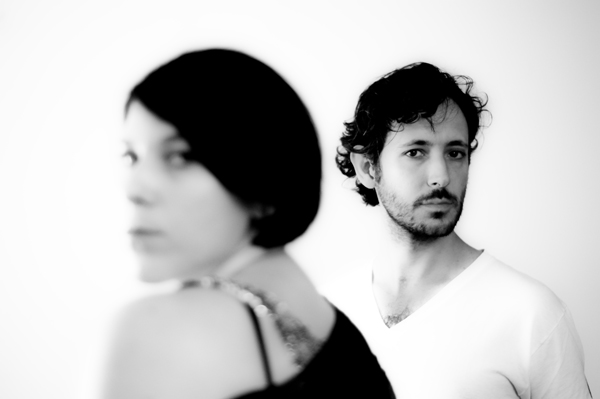 New York City’s Syvia makes their second CMJ debut performing with their latest EP, “Unlovable.” Syvia is the glistening creation of electro pop duo, Ruthy and Simone. Together they bring the icy influences of the north to the gritty heart of NYC.
[soundcloud url=”http://api.soundcloud.com/tracks/12760576″ params=”show_comments=true&auto_play=false&color=000000″ width=”100%” height=”81″ ] 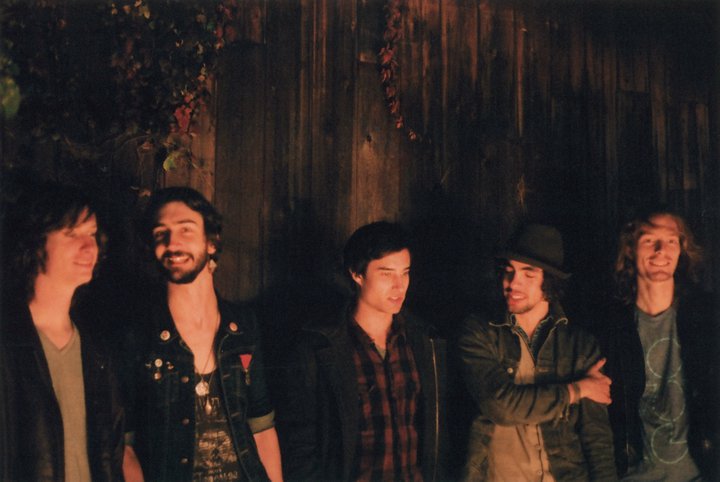 Following Syvia, Dinosaur Bones, who will be wrapping up their Canadian tour with Ra Ra Riot earlier in the month, provides a much needed lo-fi element to the lineup. “They’ve got a sound that’s fresh yet familiar… combining Anglo romanticism with a distinctly…New York urbanity. Darkly sophisticated stuff” – Chromewaves.
[soundcloud url=”http://api.soundcloud.com/tracks/10079192″ params=”show_comments=true&auto_play=false&color=000000″ width=”100%” height=”81″ ] 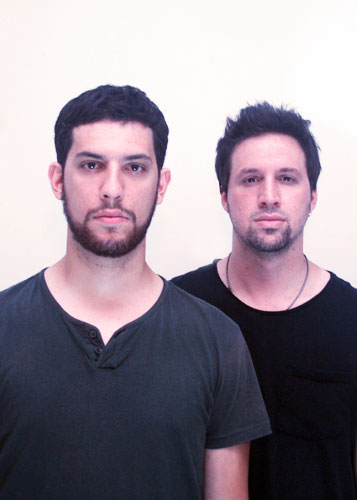 Brooklyn’s own Infernal Devices take the stage next, bringing with them their one-of-a-kind mix of electropop music and light show that gets the dance floor moving.  ”…a delightful mix of 80s-style synth-pop, something that could sit next to Depeche Mode or Junior Boys while still being amazing in its own right.” – Blaqbook
[soundcloud url=”http://api.soundcloud.com/playlists/295449″ params=”show_comments=true&auto_play=false&show_playcount=true&show_artwork=true&color=000000″ width=”100%” height=”225″ ] 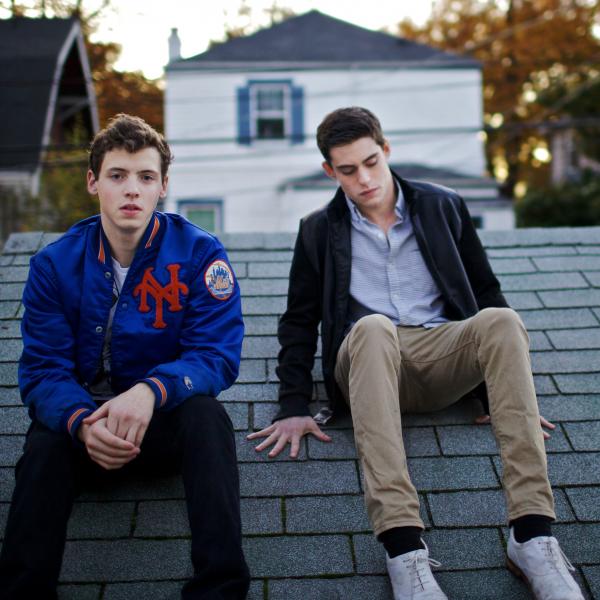 Beat Connection headlines the supporting lineup after spending September opening for Starfucker. They’ve definitely been making a name for themselves and are one of the next bands to blow up. “This duo is from Seattle though listening to their debut, Surf Noir, from last year you might think they were Swedish – Lo Fi FNK and, especially, Studio come to mind when you hear the Baeleric Beat influence that’s all over the record” – Brooklyn Vegan.
[soundcloud url=”http://api.soundcloud.com/tracks/14418855″ params=”show_comments=true&auto_play=false&color=000000″ width=”100%” height=”81″ ]

Paper Trail is on a mission to provide its audience with unique perspective and insight pertaining to the music community at large.  It is their belief that artists and industry leaders carve out their own distinctive path, and from time to time, they are fortunate enough to be taken along for the ride.

The Sky Report is a Brooklyn-based music blog curated by DJ/promoter Scot Bowman.  Their primary focus is on the discovery of unique and forward-thinking new artists that they believe will shape the next wave in modern sounds – music for a future generation.  They also produce regular live events around Brooklyn, most notably the annual Out In The Streets Music Festival every summer.