One of LA’s most prolific artists paid a stunning tribute to Anthony Bourdain on June 15. The 13-foot-tall mural is painted on the side of Santa Monica’s new Gramercy bar. Jonas Never revealed the mural last Friday, which is visible from both Wilshire and 25th Street. The famous and beloved chef died on June 8. 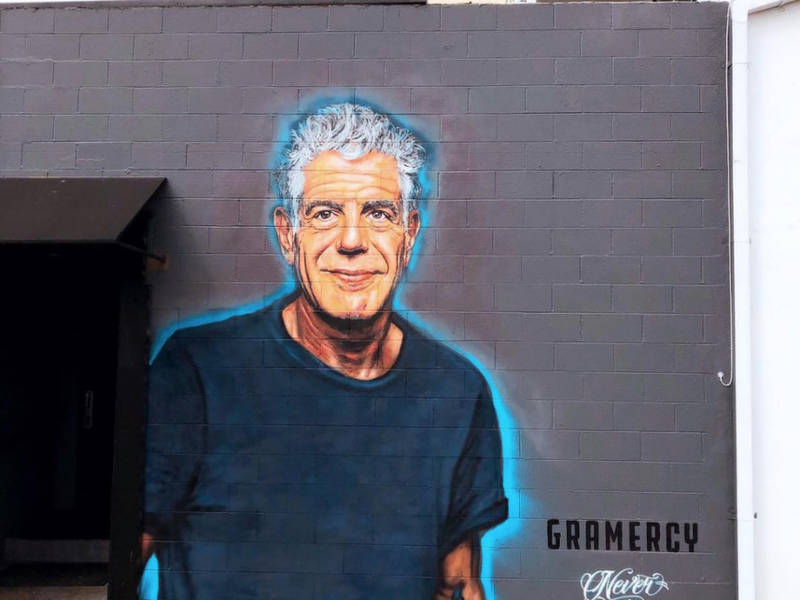 Gramercy owners Travis Clemens Santos and Troy Donnel originally hired Never to paint a sign, but Never noticed an empty wall and suggested he paint a tribute to Bourdain. The partners agreed and Never completed the piece in two days.