This Is Your Brain on Pizza 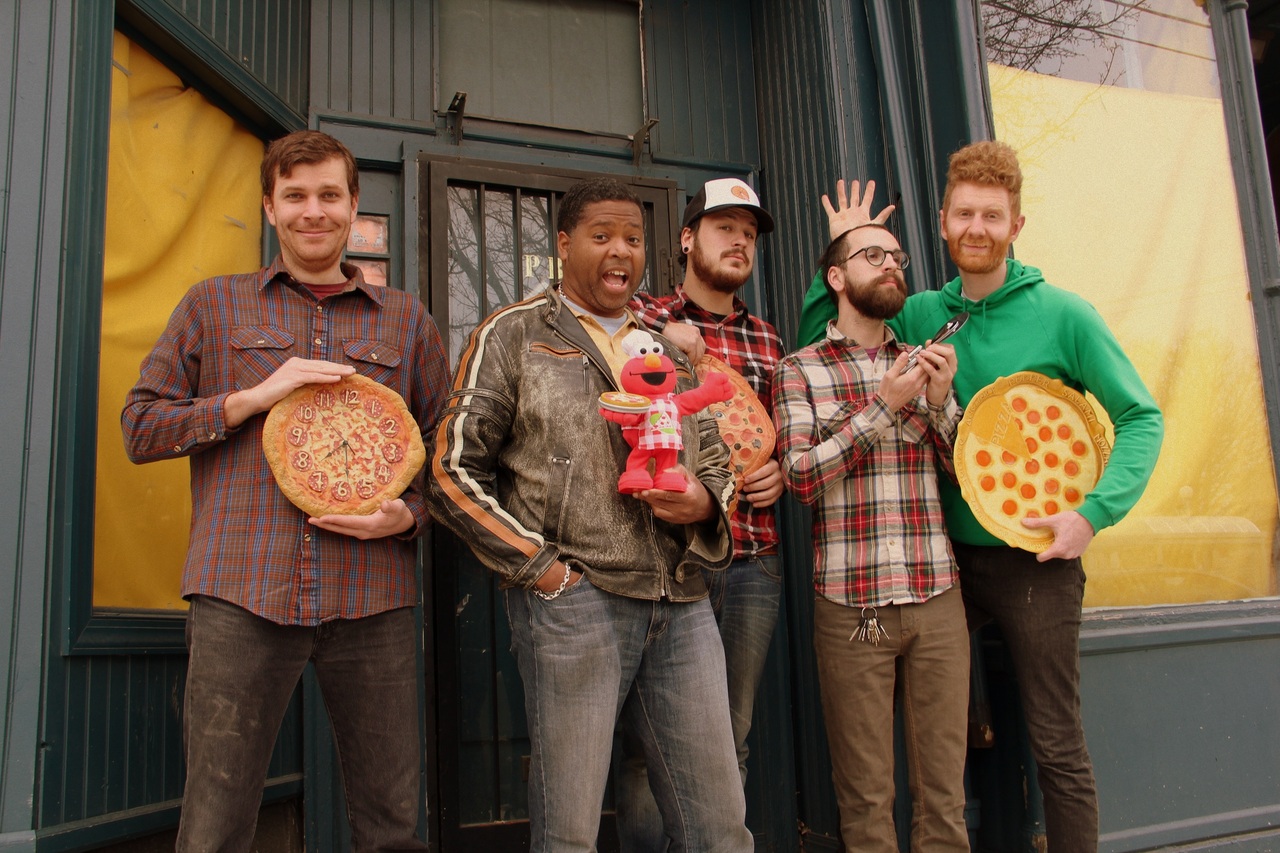 What started as a fascination “with the seemingly boundless cultural reach of pizza” has inspired Brian “Brain” Dwyer to amass according to Guinness World Records, “the world’s largest collection of pizza-related items,” which is housed in Pizza Brain, the nation’s first and only pizza museum and slice shop. The anomaly located in Philadelphia’s Fishtown neighborhood is where you can find a stainless-steel pizza cutter shaped like the USS Enterprise, an original film poster print of Do The Right Thing in Spanish, a large mural by food artist Hawk Krall, more than 150 vinyl records honoring pizza on their album covers and in song and lyrics, and much, much more along with a tasty pie garnished with fresh ingredients and served up by a team of musicians and artists. You can also find in the back of the museum the “World HQ” of flavor daredevils Little Baby’s Ice Cream, who were the subject of our piece “Surrealist Creamery.” To quote Dwyer, “We’re a neighborhood pizza shop on acid.” We had a chance to chat with Brian so you can read our interview with him below where we’re sure you’ll be able to find more quotable quotes about Pizza Brain and possibly life in general

Pulp Lab: Where do you think that your love for pizza was derived from?

Brian Dwyer: Somewhere between my first Hot Pocket and my 2nd trip to the Chuck E. Cheese ball pit.

PL: Where did the name Pizza Brain come from?

BD: It came from the ether. Some could argue it always existed, and chose me as a vessel to spread its message to the pizza-loving public.

PL: What inspired you to open the nation’s first pizza museum and restaurant?

BD: All the people behind this project are deeply fascinated with the seemingly boundless cultural reach of pizza. The food itself is almost preternatural in nature. The fact that no one in throughout the course of history has done this yet is beyond us, and to this day is totally baffling and hilarious to us. The pizza cultural movement has been happening for decades – we just decided to give it a name.

PL: What made you start collecting pizza memorabilia?

BD: I thought it would be a great way to meet women. 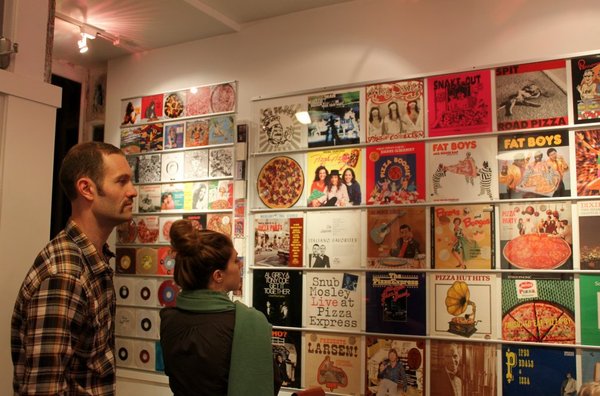 Onlookers at Pizza Brain (Photo by Jen C. from Yelp.com)

PL: What was your first one and the story behind it?

BD: First piece ever was probably my Garbage Pal Kid card – “Pizza Face Chase.” It was so gooey and cheesy and gnarly looking. That image sort of tattooed itself on my brain and heart forever. I guess it stuck.

PL: What is your favorite one, and why?

BD: My favorites change from week to week as the collection grows. One that holds a special place in my heart though is a cross-stitched Noid face mounted on a plank of wood.

PL: You broke a Guinness World Record. Were you the first to attempt the feat in this category?

BD: Yes. Pizza Brain invented the category. No one had attempted to do it before we did. That’s insane to think about – considering there are collections out there dedicated to Santa Claus – and bananas!

PL: It will also be a restaurant. Do you have any culinary experience?

BD: It is a pizzeria, yes. First and foremost, it’s just a cool idea for a slice shop. I have none. But I’m just one man of a really awesome team of people. Chef Joe Hunter and Austin Adams were the driving force behind our menu. I helped collaborate and select purveyors.

PL: What style of pizza should we be expecting on the menu? 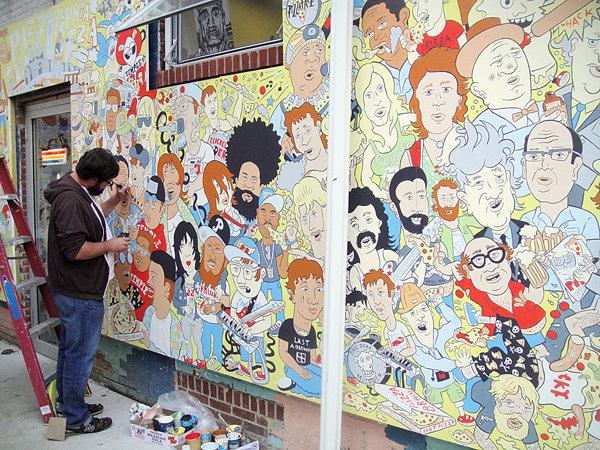 PL: What made you decide to join forces with Little Baby’s Ice Cream?

BD: Just two different companies approaching different foods with the same unadulterated spirit. Plus Pete and I both live about 999 steps from each other. So that helped.

PL: Your opening date was delayed. What was the cause of that?

BD: Have you ever opened a restaurant?

PL: What has been the most difficult part about pulling all this together?

BD: Bringing a dream to life and watching it become real step-by-step is an agonizing, yet ultimately rewarding process. The whole thing was a gigantic labor of love. It hurt. It was awesome. I’ve never cried, laughed and screamed more in my entire life.

PL: You were also in a band. What have you taken from that experience, and applied to your new venture?

BD: I put about 100 times more effort into getting my band off the ground than this project. I guess people like pizza more than they like thematic art rock.

PL: What’s the best pizza that you’ve ever eaten and where?

BD: This morning, at Pizza Brain.