Leather is the second skin of rebel outsiders and fashion insiders – functionally protective, symbolically charged and saturated with attitude. Since taking the helm of Diesel, Nicola Formichetti has championed free-spirited rock ‘n’ roll rebels, ready to ride in top-to-toe leather. “One of the most important pillars of the Diesel DNA after denim is leather. It’s timeless, iconic and totally seasonless. One of my favourite leather jackets from the collection is directly inspired from the Diesel archive. It worked then, and it still works today.” In response to the rallying rebel cry seen at Diesel FW14, Formichetti’s first Diesel show, here are ten badass cult leather icons from pop culture, film and music that have had us sidling over to the wild side over the years. 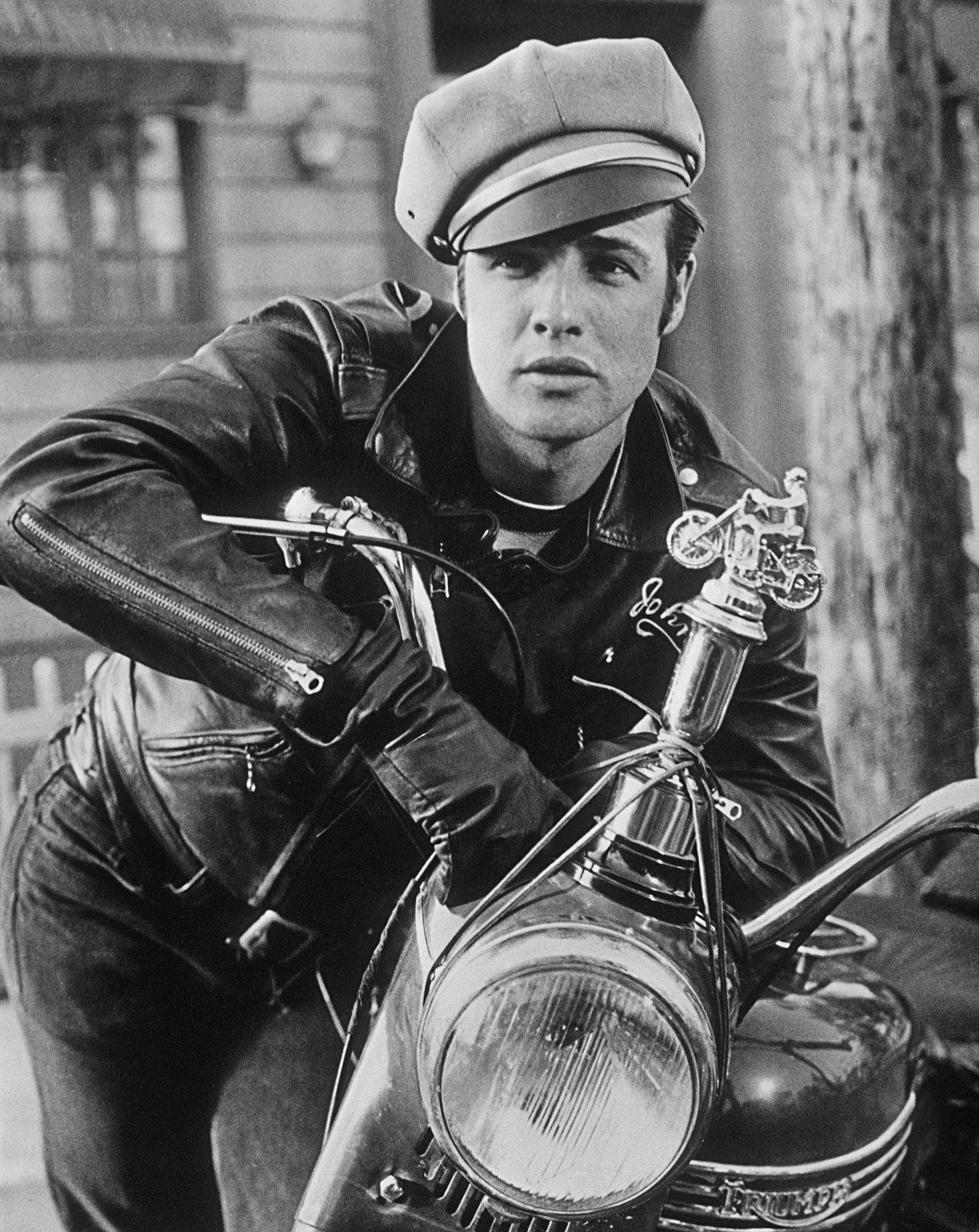 When this jacket hit the big screen in 1953 cult classic The Wild One worn by hot young actor Marlon Brando, there was a subsequent spike in its popularity among teenagers in the burgeoning “hoodlum” demographic. In 1955, it was catapulted to the height of its popularity when a love for speed ended the life of the quintessential hoodlum at the time – James Dean – who was hardly ever seen without one. This classic black biker style has spawned a thousand imitations over the years and is often referred to simply as the ‘Brando’. “More than most parts I’ve played in the movies or onstage, I related to Johnny,” Marlon Brando has said of his character, “There’s a line in the picture where he snarls, ‘Nobody tells me what to do.’ That’s exactly how I’ve felt all my life.”

MARIANNE FAITHFULL IN THE GIRL ON A MOTORCYCLE (1968)

Enjoy the feeling of leather on naked skin? Zip all the way up with 1968 British-French film The Girl on a Motorcycle (also known as Naked Under Leather), which features Marianne Faithfull riding a motorcycle through Europe wearing nothing but a leather catsuit, redefining the leather jacket worn by motorcyclists into a full bodysuit. This sexy, iconic look’s lasting influence can be seen today in the many incarnations of Catwoman, the patent leather-clad Trinity in The Matrix (1999) and Scarlett Johansson’s Black Widow in The Avengers (2012).

In their self-directed 2006 film Electroma, Daft Punk prove that a robot duo can outdo humans in everything, including wearing top-to-toe leather. Thinking of this movie provokes an aural vision of Daft Punk speeding through a desolate desert landscape, silent save for the sound of two pairs of leather trousers settling into the 1987 Ferrari 412’s seats. Daft Punk may don leather jackets to remind humans of the subversive second half of their band name, but the real triumph here is how they so effortlessly offset the whole dance-happy automaton thing with their rebel uniform.

CHARLOTTE RAMPLING IN THE NIGHT PORTER (1974)

Tom Cruise’s leather flight jacket in Top Gun (1986) is one of the most coveted and replicated leather pieces from Hollywood film. Costume trivia tells us that Lieutenant Pete “Maverick” Mitchell iconic fitted brown bomber, covered in a tidy collection of military badges and ranks – his motorcycle riding, off-duty look – actually once belonged to Maverick’s father, an infamous decorated pilot. Other military and leather styles saturate the movie – from flight suits and patches to aviator sunglasses and bomber jackets – but truthfully, they can all ride this jacket’s tail, any time.

Excerpt via SSENSE There’s no better time to take cues from the...