#Binky: The App That Does Nothing

Binky is an app that does everything an app is expected to do. It’s got the infinitely scrolling timeline found in all social apps, from Facebook to Twitter, Instagram to Snapchat. Images of people, foods, and objects appear on and then vanish off the screen. There’s just one catch: None of it is real. Binky is a ruse, a Potemkin-Village social network with no people, where the content is fake and feedback disappears into the void. And it might be exactly the thing that smartphone users want—and even need. 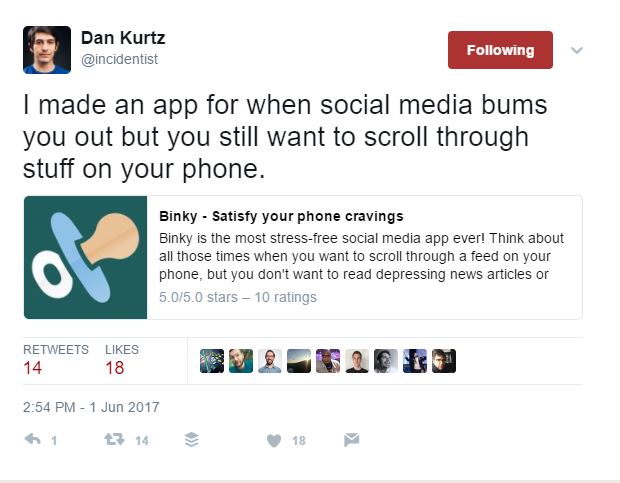 Dan Kurtz, the game developer and improv actor who created Binky, said that the idea for the app arose partly from his own feelings after reading through the current updates on Facebook or Twitter while waiting for a train.

“I don’t even want that level of cognitive engagement with anything,” he explains, “but I feel like I ought to be looking at my phone, like it’s my default state of being.” 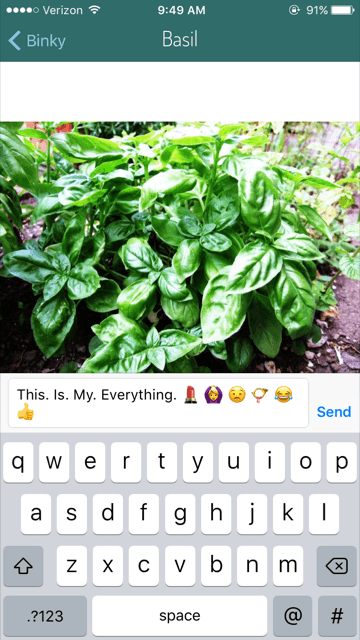 Kurtz wondered what it would look like to boil down those services into their purest, most content-free form. This is what people really want from their smartphones. Not content in the sense of quips, photos, and videos, but content as the repetitive action of touching and tapping a glass rectangle with purpose and seeing it nod in response.

What does “made from recycled materials” really mean?

Check out the first completely sustainable line of Samsung phone cases at...