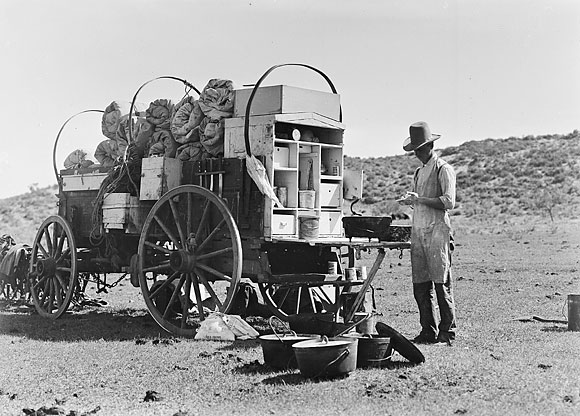 The name Charles Goodnight may not ring any bells yet, but as the grandfather of the early food truck in the 1860’s, this man has since kick started a movement. In 1866 to be exact, Goodnight introduced the chuckwagon (“chuck” being slang for “food”) to feed the influx of workers heading out West. This first mobile kitchen served up simple, robust eats such as beans, coffee, and biscuits. Jump forward nearly 150 years and today’s food “wagons” are still running by the same rules – to feed hungry patrons on the go. The greatest difference, however, is that their offerings have become more inventive and eclectic.

To honor the next generation of mobile food imagineers, the Street Vendor Project at the Urban Justice Center has put together an annual competition in Philadelphia called the Philly Vendy Awards. In only two years, this has quickly become one of the most widely anticipated food events in the city. On the one hand, the Vendys are an all you can eat food extravaganza for the public. On the other, it is a judged cook-off. This year’s competition was fierce; yet only one vendor could leave with the prized Vendy Award and with that, recognition as the city’s top street chef. Pulp Lab was on location to report on the sights, tastes and scrumptious developments we encountered. 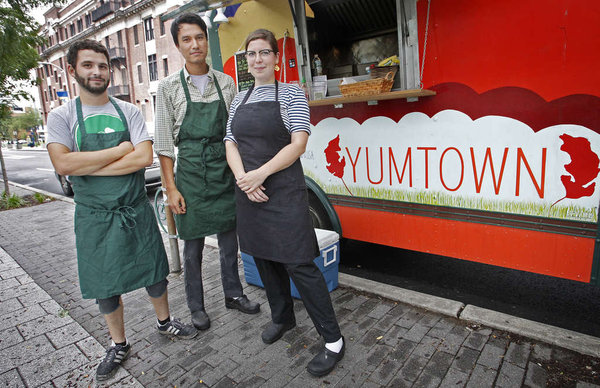 Normally a nondescript, colorless little space, The Lot at 39th and Market Streets briefly became home to a lively caravan of 12 local food trucks competing in the Vendy Awards. At 3pm, it opened to the public by which time enticing samples lined the truck service windows just waiting to be wolfed down. (And oh were they!) There were Asian handheld street foods by Foo Truck, arepas and empanadas by Delicias and Italian inspired sandwiches by Lil Dan’s Gourmet. Other savory vendors included Tacos Don Memo, The Smoke Truck, The King of Falafel, Vernalicious and Yumtown. For those with a sweet tooth, they could indulge in Little Baby’s Ice Cream, Sweet Box, Sugar Philly and Lil’ Pop Shop.

As we made our rounds snatching up bites, there was no question that every vendor was cooking to win. Not a single dish disappointed, but what brought a truly unique dimension to this round of competitors was their zeal for fresh and local ingredients. True of every food truck there, several in particular, however, showed how mobile food no longer has to be synonymous with spotty quality and an ensuing stomach ache. 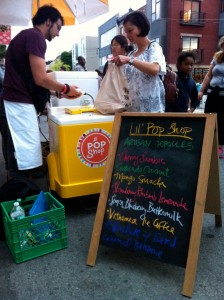 Lil’ Pop Shop was especially noteworthy in this regard. To make their creamy corn with crème fraîche popsicle, the Pop Shop crew got to work hand shucking literally hundreds of ears of fresh corn. Their cantaloupe rose popsicle also gave proof to the freshness claim. At first bite, it was like sinking your teeth into the juiciest, ripest melon sprinkled with hints of rose.

Yumtown was also at the head of the farm-to-food truck movement. They took it one step further by adding a level of transparency. Their website provides a full list of every farm that provides them with produce. This choice for quality was evident with the first taste of their summer panzanella. This salad, made of crisp corn, ripe tomatoes, savory croutons, balsamic vinegar dressing and a garnish of fresh thyme, paraded flavors and colors that simply could not have been recreated with store-bought ingredients. 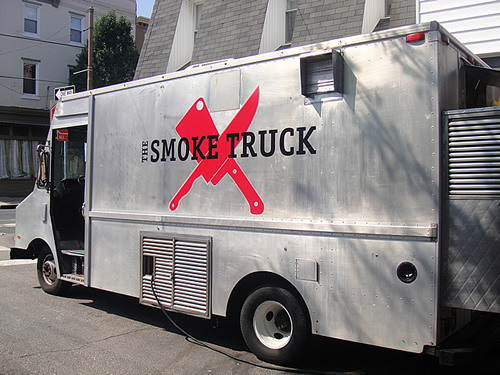 After several hearty hours of eating our way through the event, it was time for the awardee to be revealed. There were many vendors deserving of an award than could actually receive one, such as Yumtown, but only one could go home the champion. Lil’ Pop Shop was honored Best Dessert and Vernalicios with the People’s Choice. And the 2012 Philly Vendy Award went to…. The Smoke Truck for their delectable BBQ.

Aside from attesting to the deliciousness of Philly’s mobile food scene, the Vendys also demonstrate how food trucks have come a long way from the Wild West days of chuckwagons. While providing the public with a ready-to-eat meal will forever remain the top priority, other considerations have come into play such as the lure of regional produce and a new consciousness towards the ingredients that go into a dish.