#High-Octane: Q+A with Jesse Martinez from “Made in Venice” 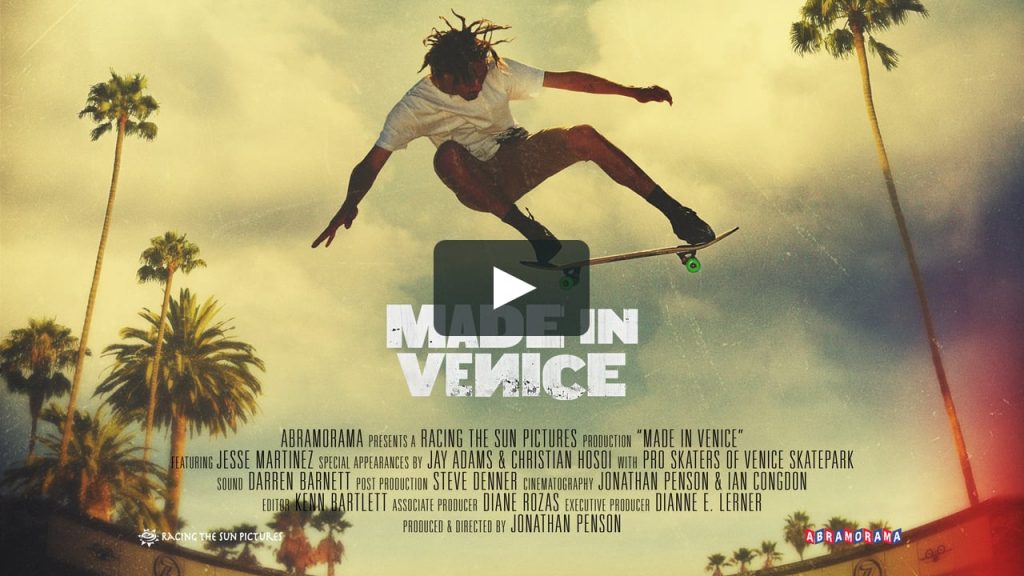 Produced and directed by Jonathan Penson

We spoke with  legendary ’80s street skater and President of Venice Skateboard Association Jesse Martinez by phone and got his perspective on Venice skateboard culture and its cycles of boom and bust.

Pulp Lab: The film captures “The Crazy 80’s,” an era defined by a DIY attitude and fueled by music. Can you talk about the how the music of the time played a part in the skateboarding scene?

Jesse Martinez: Music was a driving force —from Motorhead to Minor Threat—and was big part of skating. When the right music is playing it goes hand-in-hand with a great ride.

PL: How is it different today?

JM: Well, we don’t know what music the kids are skating to….they’re all listening to their own tracks. In the ’80s, we had a boom box and everyone skated to the same music. It has actually become a safety issue for us at the crowded skate parks because when you’re plugged into your own music — through your earbuds— it can be difficult to be aware of what’s happening around you with the other riders.

PL: Can you tell me about the archival Super 8 and video footage used in the film? Who had the cameras?

JM: A friend on my block had a camera— Luke—and many other guys had cameras.

We knew the importance of documentation and that word of mouth just doesn’t cut it. Now, everybody has a GoPro.

PL: Let’s talk a bit more about that. How has technology influenced skating?

JM: Skateboarding and technology have really advanced with each other. Drones have opened up a whole new experience and vantage point; you can put a tracker on your shirt and the drone will follow you.

PL: What about the boards themselves?

JM: The boards are thinner and lighter, made of carbon fiberglass

But, overall, skateboards haven’t changed much. You still have four wheels, two trucks and a wooden board.

PL: Is there anything else that you want to share?

JM: I want to say ‘Thank You’ to all of the skateboarders and members of the Venice community who come out and help me clean the skate park daily.

PL: What’s coming up for you next?