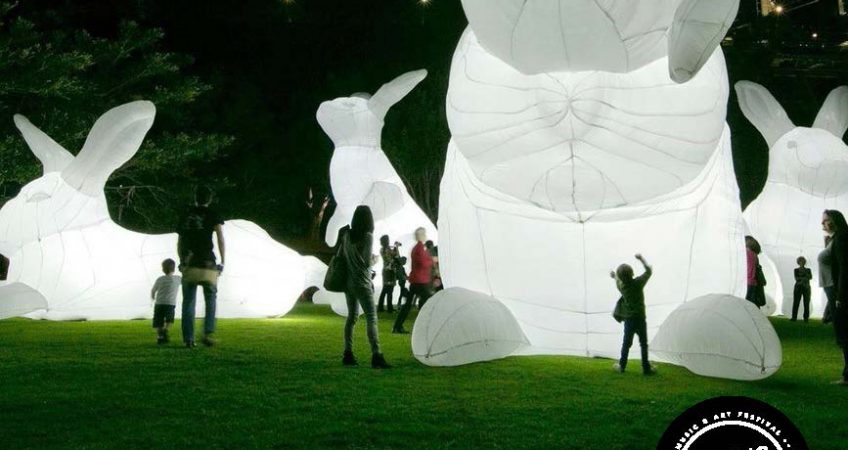 Returning for the fourth consecutive year, Charlotte Dutoit of JUSTKIDS has once again commissioned artists from around the world to make their mark at the Life is Beautiful Music & Art Festival. Fans can expect newly-created, grandiose murals and installations to be added to the already existing ones that have remained from past Life is Beautiful festivals in Downtown Las Vegas.

Among the art moguls include the “Obey Giant” himself, Shepard Fairey (US); globally recognized street artist for his massive spectacular murals and who’s a part of the most notable duo in the genre, Bezt from Etam Cru (Poland); cutting-edge and kinetic urban contemporary artist who  plays with perception to trick one’s mind, Felipe Pantone (Argentina); Los Angeles native who’s a driving force in ‘Art Toys’ world and part of the permanent collection in MOMA, Tristan Eaton (US); multi-talented urban artist extraordinaire who works with global fashion brands, design and videography, Fafi (France); Norwegian based stencil artist with pieces that blend graffiti and decay, Martin Whatson(Norway); Spanish artist and illustrator who’s well-known for his modern fairytale style, filling murals with bizarre little wonders and cartoonish characters, Dulk (Spain); Australian artist and graphic designer who received notoriety for his latest project “Deez Nuts” in which he lets the beloved Peanuts characters converse in classic rap lines, Mark Drew (Tokyo).

In addition to the murals, this year’s art installations will become a defining feature of the three-day festival. The Life is Beautiful art program has curated the most compelling work and large-scale activations the festival has ever seen. Festival-goers will be surrounded by some of the world’s most sought-after artists such as Mike Ross with the Big Rig Jig. This colossal sculpture was most recently displayed in the U.K. for Bansky’s Dismaland and will become a permanent fixture within the festival footprint.

Additional must-see installations include the Silent Room by Dutch London-based artist Simon Heijdens. Only in its second run ever, this one-of-a-kind anechoic chamber will be showcased at Life is Beautiful, providing fans with an overwhelming, sensory experience. Also making their debuts at the festival are Poetic Kinetics, Amanda Parer, Crystal Wagner and Laura Kimpton.

Known for their large-scale art installations, Poetic Kinetics introduces a never-before-seen aerial and ground installation entitled “Proximate Sky.” Invading the Life is Beautiful for the first time is Amanda Parer’s Intrude which will be a display of giant, illuminated rabbits. Originating in Australia and traveling across the globe, the rabbits will light up the festival with their magical glow. Crystal Wagner, an interdisciplinary artist whose gigantic multi-dimensional installations are exhibited in the U.S. and abroad, will be beautifying the entire facade of one of Vegas’ historic vintage motels. Furthermore, known for her revolutionary and celebrated conceptual designs, Laura Kimpton lends one word from her “Monumental Word Series,” best known for its display at Burning Man.

« #InspirationSharing: Artist JPPM’s ‘Never-Ending Mood Board’
Even if You Can’t Afford Designer Clothes, Your Bitmoji Can »