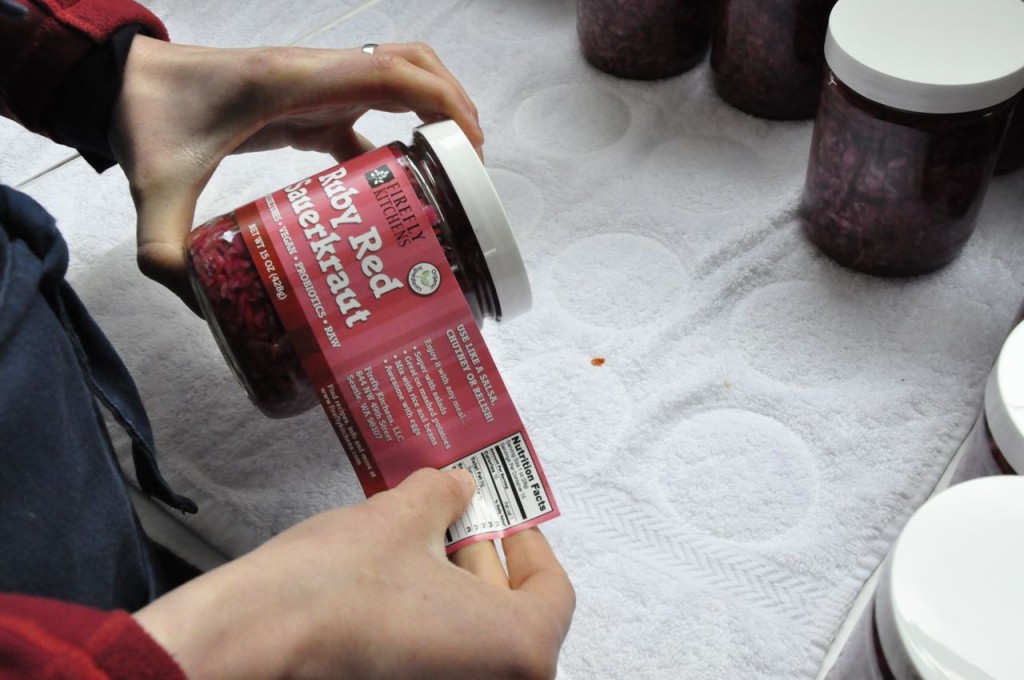 At the very core, Firefly Kitchens was started with the best of health intentions in mind–to make tummies happy. In 2010, two 40-somethings, former white collar professionals decided to turn their longstanding interest in food and nutrition into a fermented food business in Seattle. Julie O’Brien and Richard Climenhage borrowed a catering space, experimented non-stop, and came up with more than two dozen fermented vegetable items for an ad hoc “taste-off” of sorts. Their ginger carrots – now branded as Yin Yang Carrots – were a big hit among the younger palates, but it was their accessible, non-fishy version of kimchi that made a culinary and dietary splash. 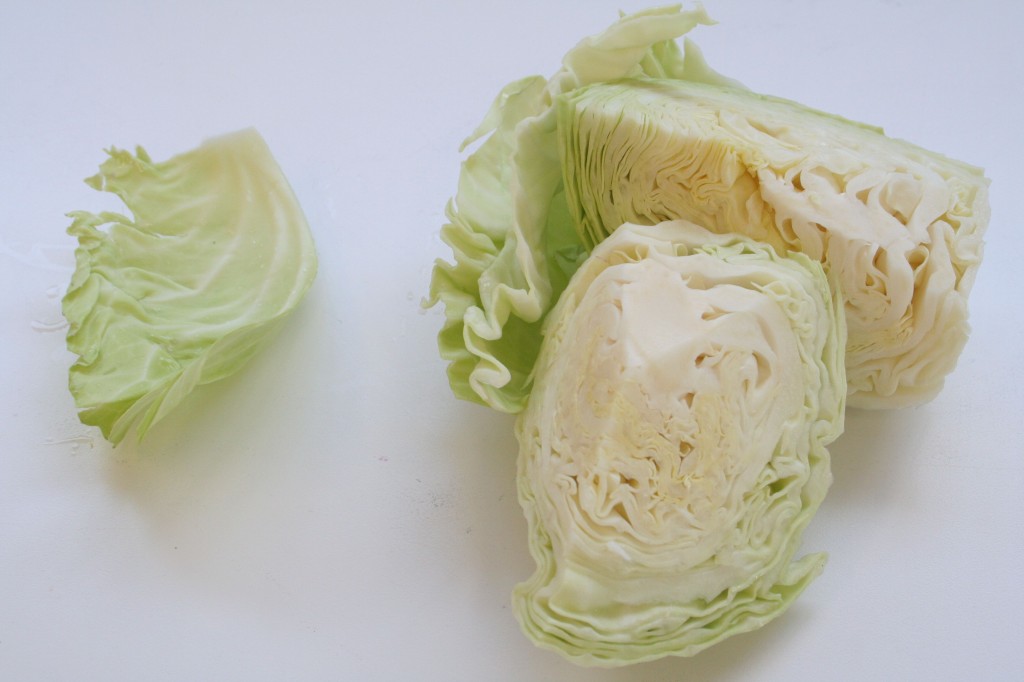 Organic cabbage, the foundation for most of Firefly Kitchen’s products, is sourced from Nash’s Organic Produce and Full Circle. O’Brien strongly encourages using organic produce and purified water when making fermented foods. She also opts for green cabbage instead of Napa, the usual kimchi suspect, because it maintains a better crunch.In edible circles, there’s a renewed fascination with fermentation – namely, kimchi. It may not have yet achieved the same fame as bacon, but this Korean sauerkraut has been touted as one of the world’s healthiest foods for its probiotic (or “good” bacteria) qualities.
(Health Magazine)

Fermented foods range from beer and wine to kraut and kimchi. The basic premise is to create a pure product without introducing heat, sugar or vinegar, which is why you won’t find a stove or oven in the kitchen at “Firefly.” As fermentation occurs, the food goes through four different bacterial breakdown, converting sugar into alcohol, or in the case of vegetables, lactic acid. It’s a simple way to super power the nutritional value of your food.

Love your food and it will love you back.
– Julie O’Brien

The health-minded twosome open their kitchen to curious foodies for classes, as well as volunteers looking to learn more about fermented foods. Students of Bastyr University, a Seattle-based school of natural health arts and sciences, can spend time learning about the dietary benefits of fermentation in exchange for course credit.

Until recently, every step of the fermented food-making process was done by hand; a Robot Coupe food processor purchase has expedited prep a bit. Once all of the ingredients have been assembled, mixing and jarring is done by hand. The latter with the assistance of a $4.99 Goodwill 45 RPM turntable and a heat gun, which seals individually, hand-labeled jars. At the end of the week, 200-500 pounds of scraps go to feed the pigs at Sammish Bay Farms. Wherever you look, sustainability is at the forefront of O’Brien and Climenhage’s minds.

As one Saturday morning class readied to make sauerkraut and two varieties of kimchi, Climenhage directed, “It’s all about getting the right amount of salt, and then adding the flavor.” Traditional kimchi recipes use shrimp paste of fish sauce, but not Firefly Kitchens. As a result, their product is vegan, vegetarian and Paleo-friendly. Consider it the “Little Black Dress” of condiments. And it’s damn tasty, too.

Step #1 – Halve, core and uniformly cut cabbage into strips.
Step #2 – Sprinkle with one teaspoon of salt – Firefly Kitchens uses gray Celtic sea salt.
Step #3 – Next, break down the cell walls of the cabbage by either mixing by hand until liquid appears or using a pounding device.
Step #4 – Coarsely chop and add daikon radish, turnip, carrots, ginger, garlic, scallions and Korean chili powder.
Step #5 – Place mixture into a jar and press down until the liquid rises above the solids. (Some fermenters, like O’Brien, opt to weigh their vegetables down with a rock.)
Step #6 – Ferment at room temperature for at least one week, regularly checking to make sure the kimchi is submerged in the brine. The longer you wait, the tangier your kimchi will be. When it’s ready to eat (as in, to your preferred level of tang), transfer it to the fridge, where it will last for several months.