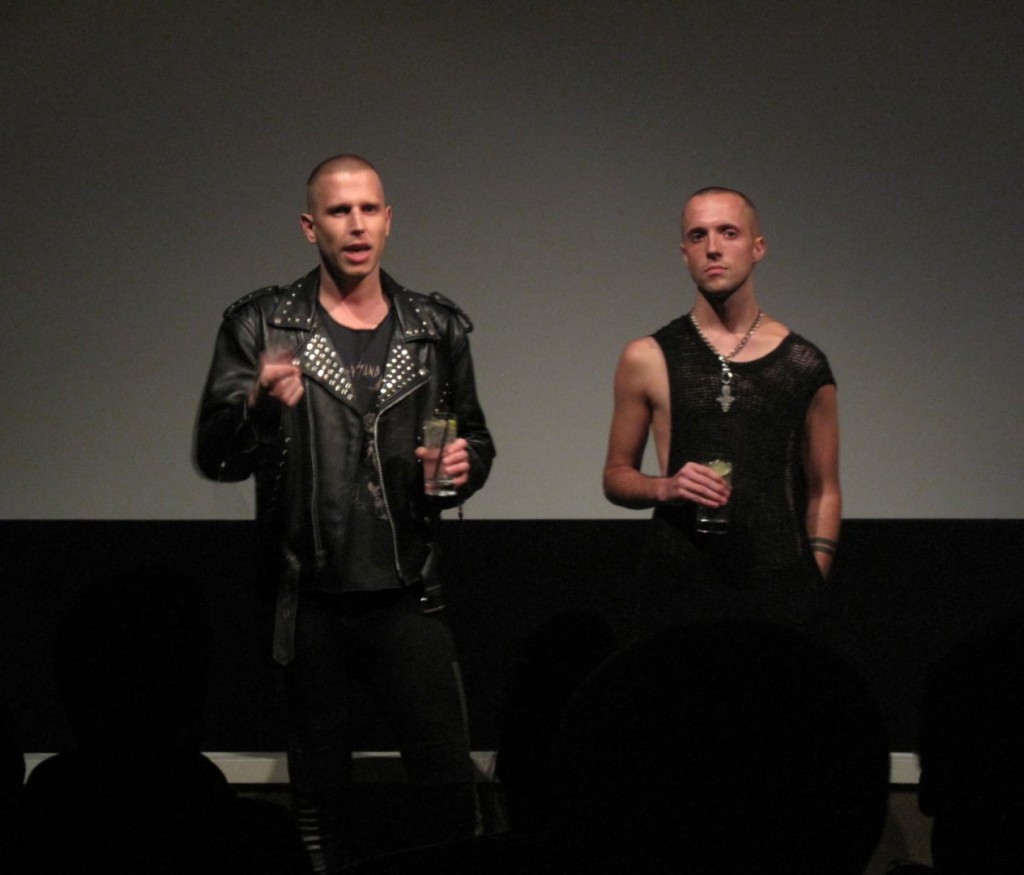 Chase and Joey of The Black Soft – Pulp Lab


Every seat was filled at Tribeca Grand Hotel for The Black Soft’s screening of their latest music film trilogy. TOTU POPEP opened with an animation by the band. Their collaboration with Nicola Formichetti, Tim Richardson, Evaan Kheraj, and Francisco Garcia was an audio-visual amalgamation of electronic dissonance, abrupt and lingering vocals, convulsive and serpentine performance, and monochromatic geometric gesticulation.

The creative duo Chase Coughlin and Joseph Topmiller have a sun-kissed philosophy that is hidden deep in the grains of leather, cotton binding of gaffers tape, and exquisite headgear that were all prominent in each of their films. These dark stylistic decisions do not have a visual hint of their origin. They left Arizona in 2009 for New York City to pursue a contemporary freedom – to create at will and to contribute their artistic ambition to the zeitgeist. During the Q&A portion of the screening, their warmth and charm filled the theater. They proclaimed, “Old New York is coming back.” Their invocation of a renaissance was delivered in a nurturing and inspiring manner.

Old New York is coming back.
–The Black Soft

A consciousness towards a revival of thought and creativity continues to guide their feverish pursuit, which has led them to organize a record label Terror of the Understood Records, within six months of their arrival. Their philosophy engenders a unique ethereal space for expression that attracts a nucleus of visionaries from various disciplines. TOTU POPEP is one of the many products of this community’s admiration for each other’s work.


The Black Soft’s collaboration with Director Francisco Garcia and Stylist Yana Kamps on POST-ELECTRONIC exuded a German and Scandinavian-like look and feel. Prey and predator, role reversal, submission and domination were at play. Post-screening, Chase confessed that originally the two of them would be wrapped in tape, however, as the unexpected creeps its way in, innovation rose to the occasion. This situation manifested into a beautiful scene This situation manifested into a beautiful scene of release and reversal – the gaffer suit was cut open, the body revealed, and it retaliated, a subtle politicization of love and war.

KIZZ MAH GRIDZ was hinged with the previous video by a striking water sequence. The visage was submerged underwater moving from side to side in slow speed. While this imagery filled the screen, an abstraction of drawn vocals, and pulsing electronic sound filled the viewing space – creating a transcendental experience. This second film directed by Evaan Kheraj and styled by Luisa Rino, in contrast with the first, took its viewer from being a voyeur to being the subject, beautifully victimized. 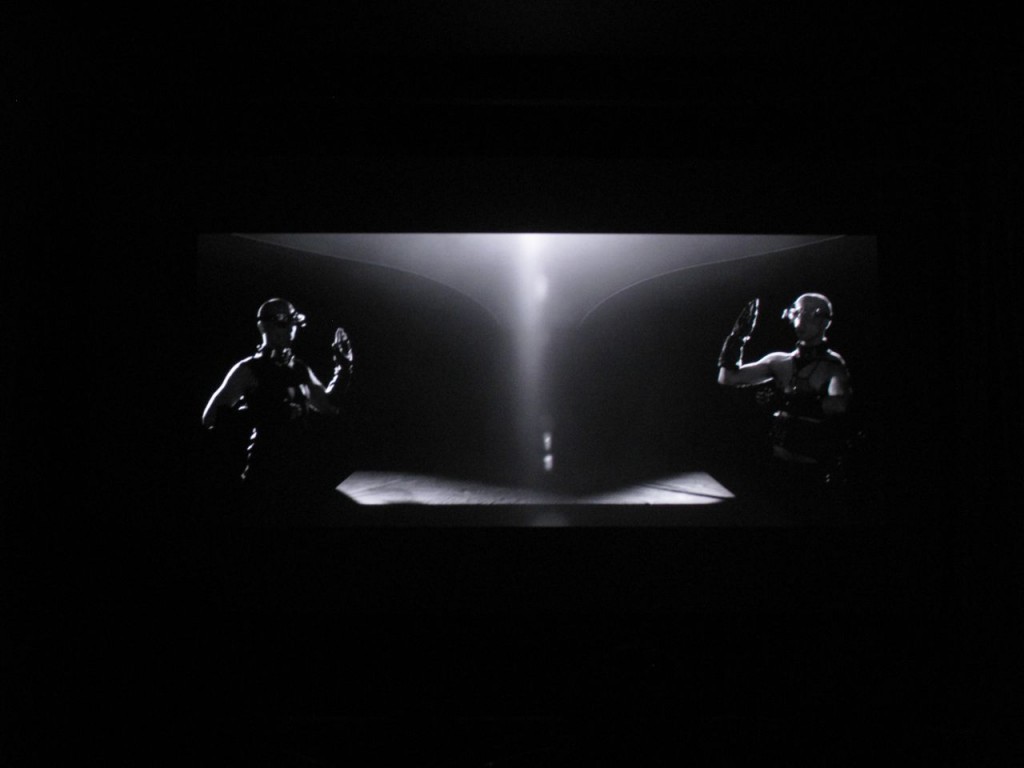 Cover Image: Inside the screening of The Black Soft’s TOTU PEP – Pulp Lab


Unmistakably, fashion and theatricality is evident in these works. The headpieces by designer Chris Habana, worn by the protagonists in the last film were rendered in a minimal way, almost weapon-like. DAY OF DEAD directed by Tim Richardson and styled by Nicola Formichetti, was the visual climax of the three, depicting a sacrifice of the self and liberation, heralded by a more upbeat rhythm and savage yet angelic chorus.

Although there were three separate films shown, they were seamlessly woven together. The trilogy resembled a frieze of moving images accompanied by a new arrangement of digitally rendered resonance and restless breathing from anxious beings. The Black Soft films express their journey of creativity with a fierce new attitude that is unseemingly tame and sublime.