is a Texas-based power trio that uses dub, elements of surf music, and psychedelia to spread a contemporary version of instrumental global music. Thai-funk, middle eastern styled vamps or disco to go strut; all interwoven components in their global rhythmic assault. Call it ESG on shrooms, or the 70’s incarnation of ZZ Top sippin lean. This lit version of World Music, more Ghostface and less granola, slaps. 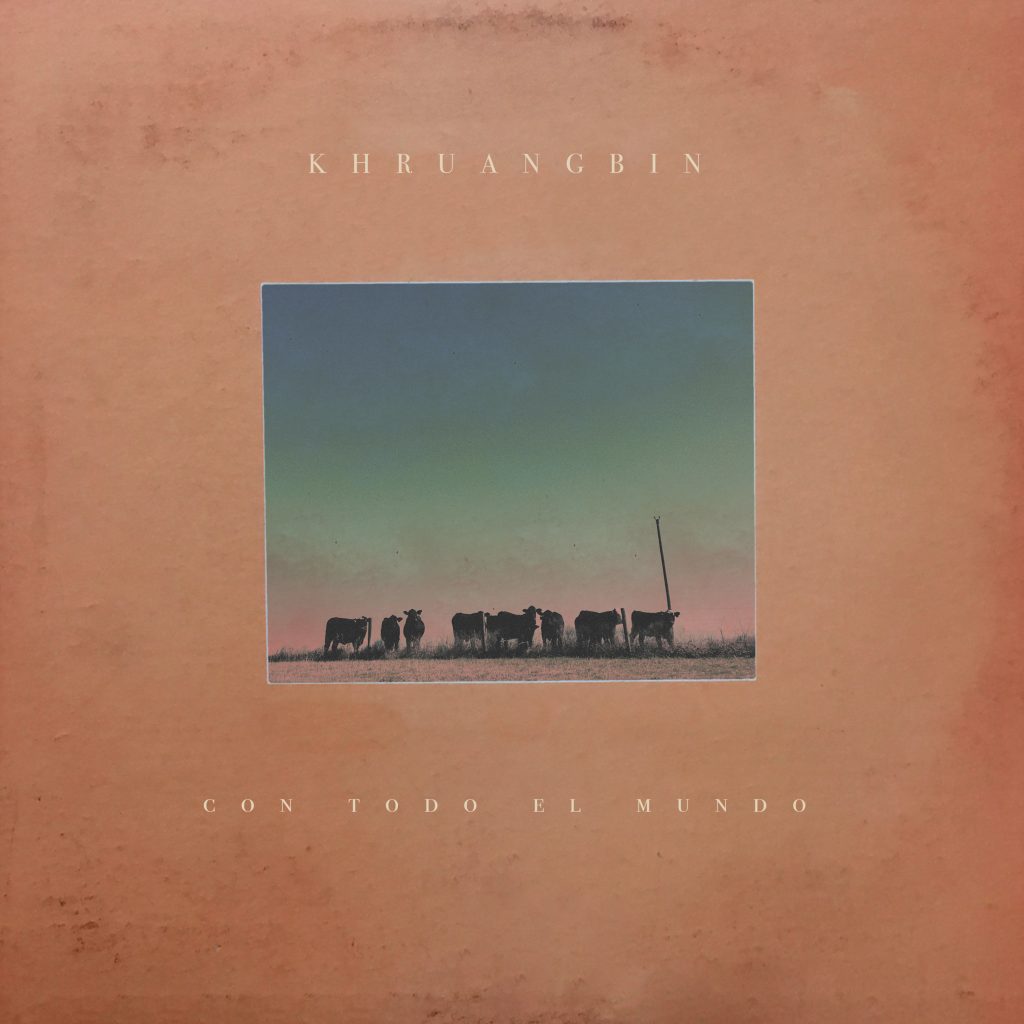 Formed after guitarist Mark Speer and bassist Laura Lee found and adored Thai Pop music by scouring the music blog, Monrakplengthai. Enlisting the expertise of drummer Donald “DJ” Johnson came next. A well-respected member of the Houston music scene for his work with Z-Ro, Paul Wall, Mac Miller, Slim Thug and Chamillionaire. Their 2015 début The Universe Smiles Upon You, established a new template for what world music could sound like.

Con Todo El Mundo, the most recent release by the instrumental outfit, swerves in the direction of Daptone meets Stax Soul with the selections Rules, Comoros Te Quiero and August 10. A few dalliances with straight-ahead funk can be found on Lady and Man. Moreover, with the behind the beat sophistication of Evan Finds The Third Room. The track makes its way down the dance floor equipped with adorning background chants. A mid-song breakdown. Upfront sweat and sway.  And cold game execution.

But most of the inspiration this time comes from the middle east, especially Iran. Guitarist Mark Speer attributes this to the band obsessing over the music by Iranian singer Googoosh and her hard-driving rhythm section.

Which at times resembles a moonlighting psych metal band. The delivery of smashing rugged grooves over a breathtakingly tragic melody gave Speer life. That blistering combo jumps off the page with the standout Maria Tambien, a track loaded with dramatic guitar runs persistently getting jabbed by the locked in the bass and drums, keeping it all in motion.

By Neil Weeks One of the most eclectic and raw compilations this...

Papadosio’s infectious brand of DIY boom-bap persists with a vengeance on Content...