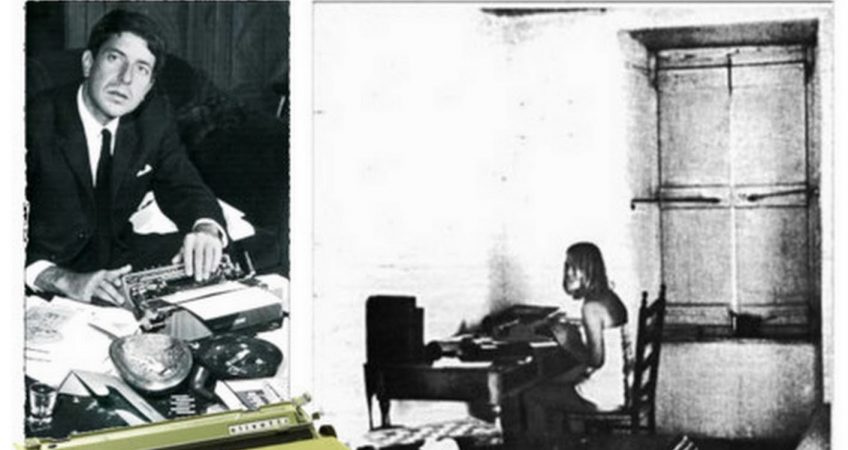 “My Old Flame: An olive green Olivetti 22 portable typewriter, with black keys and white letters. I bought it in London for forty pounds in 1959. I once had drawn a bath and I put pine oil in it and I noticed the pine oil stained the water the same color as my Olivetti.”
– Lenard Cohen

It  turns out that Leonard Cohen, whose respect for and affiliation with his Conde guitar2 is well known, held his Olivetti typewriter in similar esteem.

Liturgical, country, and folk music. I type very slow at first and work up a head of steam. I type the way I write, one word at a time.3