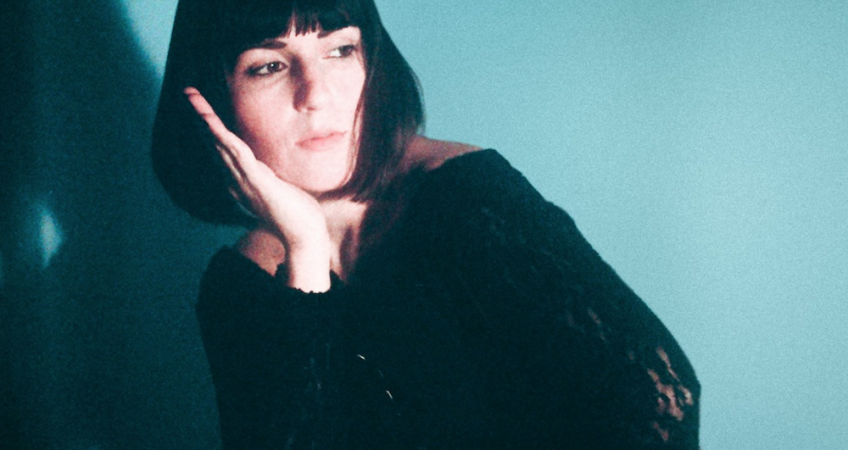 Los Angeles recording artist Ramona Gonzalez, who produces and performs under the moniker Nite Jewel, was at one time labeled  as a member of the whole “chillwave” movement of recording artists. The lazy term was primarily used as a way to describe music that does not easily fit into one category. Hence, it’s not disposable or immediately identifiable upon a first listen.

With her recent self-produced release, Liquid Cool, out on Gloriette Records, Gonzalez manufactures  a nine-track left field pop record  that soars somewhere near the ephemeral synth royalty of Yaz,  while  packing the  lyrical snark of Morrissey during his Suedehead era.

The lead track “Kiss The Screen” is a satirical observation of how society has become so enamored of cell phone activity via apps, likes and retweets. That it rules out any possibility of actual intimacy with a human being. A sentiment that the video for “Kiss The Screen” portrays in playful fashion.

It would be safe to say that the track “Boo-Hoo” would fit right at home on a playlist somewhere between the  cold wave chill of the group  Teen and and the slick r&b of Startchild & The New Romantic.

Nite Jewel  has collaborated with E-40’s son, Droop-E  for the 2013 single “N in the Traffic”, and this years’s Euphoria EP as AMTHST.

The track “Can You Read Me”, released in 2015,  is a mid-tempo crusher with proper Janet Jackson vibes in tact. Look for a Nite-Funk EP to be released in July.

or your local record store