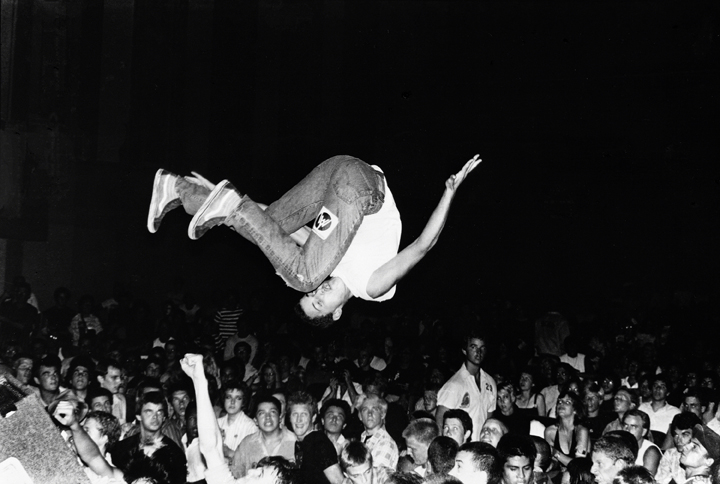 Who Shot Rock and Roll? The photographers behind the scenes of rock history are currently being celebrated at the Annenberg Space for Photography (ASP) in Los Angeles. Created by the Brooklyn Museum with guest curator and author Gail Buckland, Who Shot Rock & Roll: A Photographic History, 1955 To The Present, is the first major museum exhibit on rock and roll that highlights the integral role that photography plays in the history and making of rock icons.

“Musicians learned their image through photographs,” explains Bob Gruen, in the show’s 36-minute, original documentary, produced by Arclight Productions. Gruen, whom was good friends and personal photographer to John Lennon and Yoko Ono, shares memories of what it was like touring with Led Zepplin and the Sex Pistols. The film is a nostalgic look at rock and roll through the lense of eight legendary rock photographers, and is an exclusive commission from the venue. Other featured photographers include Ed Colver, Henry Diltz, Jill Furmanovsky, Lynn Goldsmith, Norman Seeff, Mark Seliger and Guy Webster. 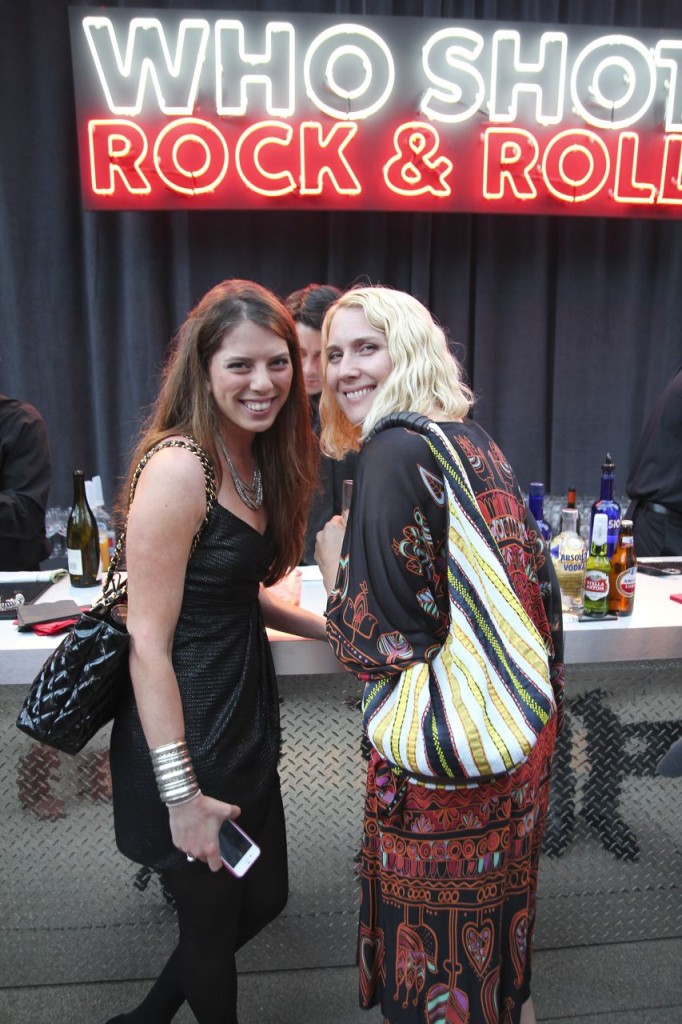 Buckland’s curation within the intimate exhibition space includes an interesting cross section of iconic portraiture and emblematic performance landscapes. Any authentic groupie knows “rock and roll” is not just about the music. It is a distinct attitude and a shared spirit between the fans. That receptive energy is the contextual theme portrayed in Ryan McGinley’s audience abstract at a Morrissey concert; Andreas Gursky’s, Madonna I, 2001, stadium spectacle; and Ed Colver’s black and white transcendental punk images from inside the mosh pit. 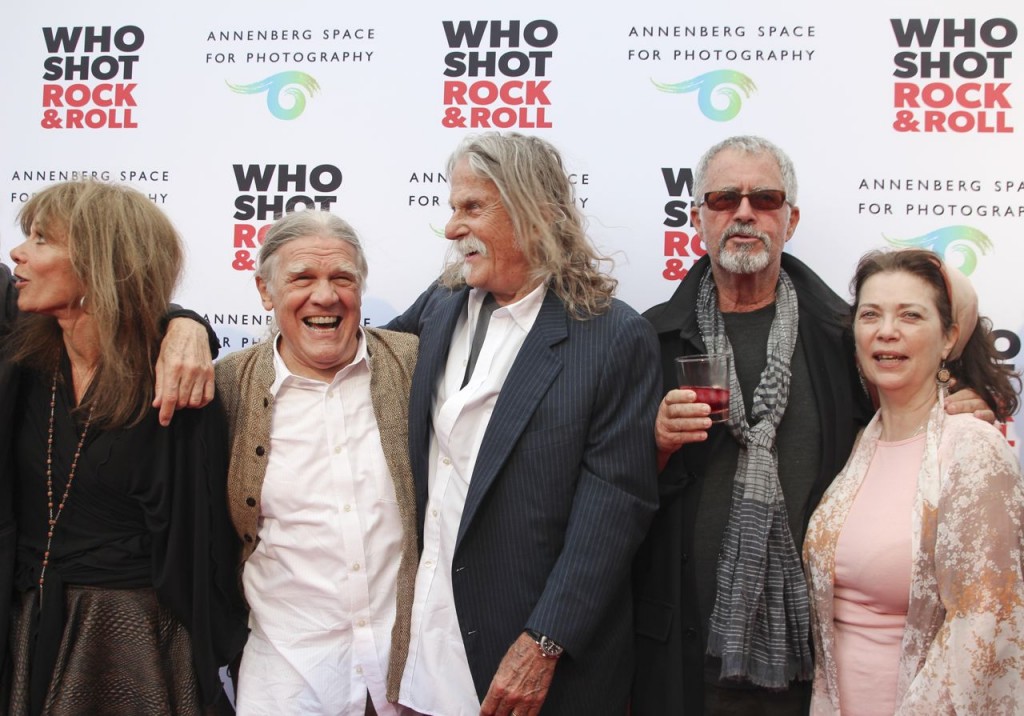 Opening night, Ann and Nancy Wilson of Heart performed a five-song acoustic set of their seventies hits, including Barracuda and Crazy on You, and recalled both good and bad experiences, in front of the camera. Members of Blondie and the Sex Pistols were in attendance, mingling alongside Hollywood celebrities and cultural, curatorial visionaries; Wallis Annenberg, Paul Martineau, Jeffrey Deitch and David Fahey of Fahey/Klein. 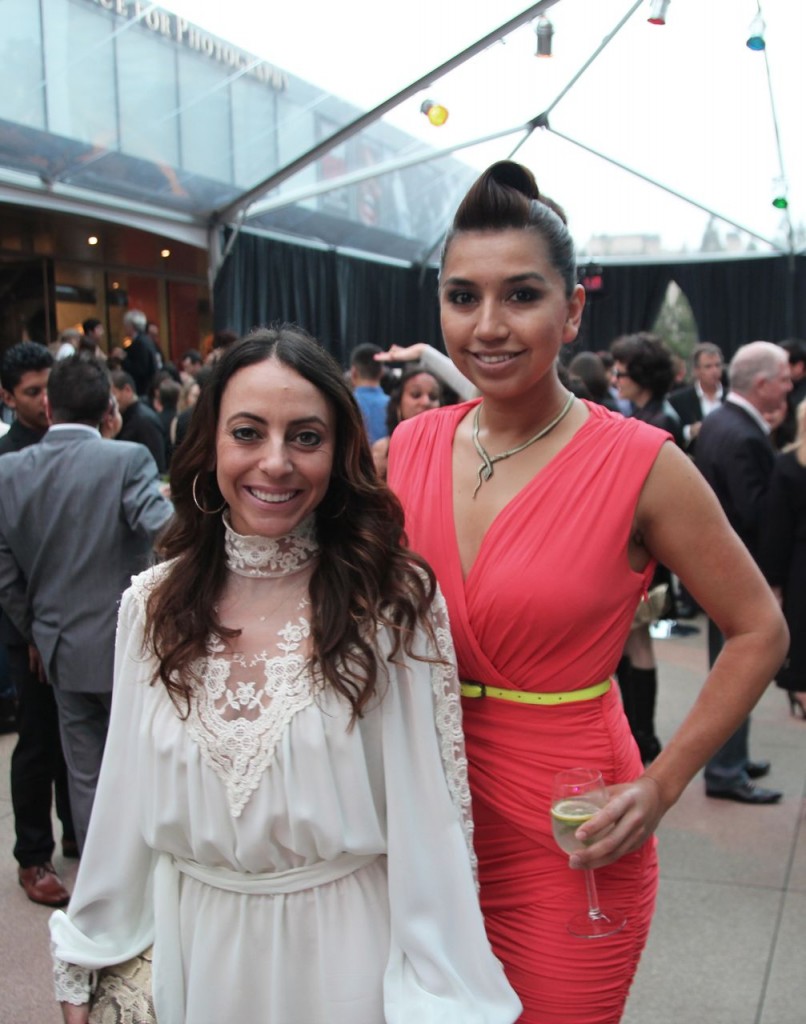 The Annenberg Space for Photography is one of city’s most coveted cultural destinations. The Space is an extension of the philanthropic work of the Annenberg Foundation and its Directors. It features state-of-the-art, digital technology alongside traditional prints, by the world’s most renowned and emerging photographers.

A distinctive quality of ASP is the IRIS Nights Lecture Series that accompany each exhibition. The series offers patrons intimate access to the featured artists. Don’t miss former United Artists, Creative Director, Norman Seeff’s lecture on The Power and Passion to Create discussing “the exploration of the inner dynamics of the creative process…working at the higher reaches of human potential…always working in ways that are radically divergent from consensus assumptions and beliefs about the fundamental nature of how we create.” 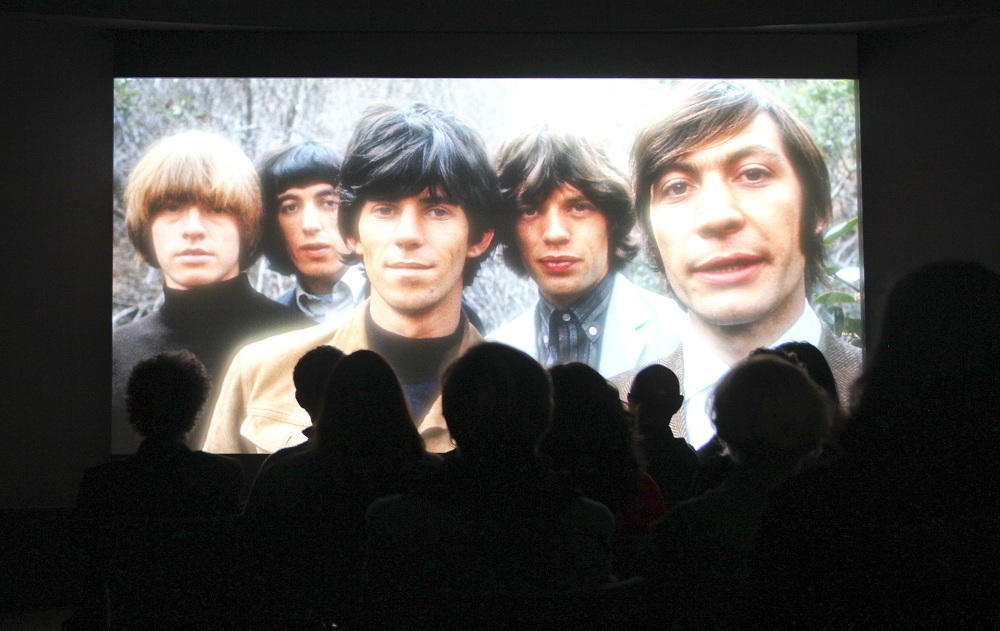 To expand the concept of the exhibition, The Annenberg Space for Photography partnered with acclaimed Los Angeles public radio station KCRW (89.9FM and KCRW.com) to create live summer sessions. The Annenberg is sponsoring a three-night, outdoor, live series with KCRW that will be free and open to the public. Parking is $1 on the weekends.

Eraserhood Forever is a night of art and live performances celebrating the inspirations David Lynch has given to many artists, including Bob Bruhin, Evan Cairo, Francine “The Lucid Dream” and Full Blown Cherry. This celebration will be held on a ubiquitously regarded superstitious day at PhilaMOCA that harks back to this cult figure’s breakthrough film, Eraserhead. Philadelphia in the late 1960s and early 70s had an indelible effect on Lynch, with its grim environs influencing this 1977 classic.

On Tuesday, 1/24 evening, no one cared to be inside the bar at West Hollywood’s The Standard Hotel. Instead, patrons opted to grab a drink in the underground parking garage and observe the Art in the Parking Space. This year-long series of performative installations are a part of Pacific Standard Time’s (PST) Performance and Public Art Festival that is curated by Amanda Hunt of LA>